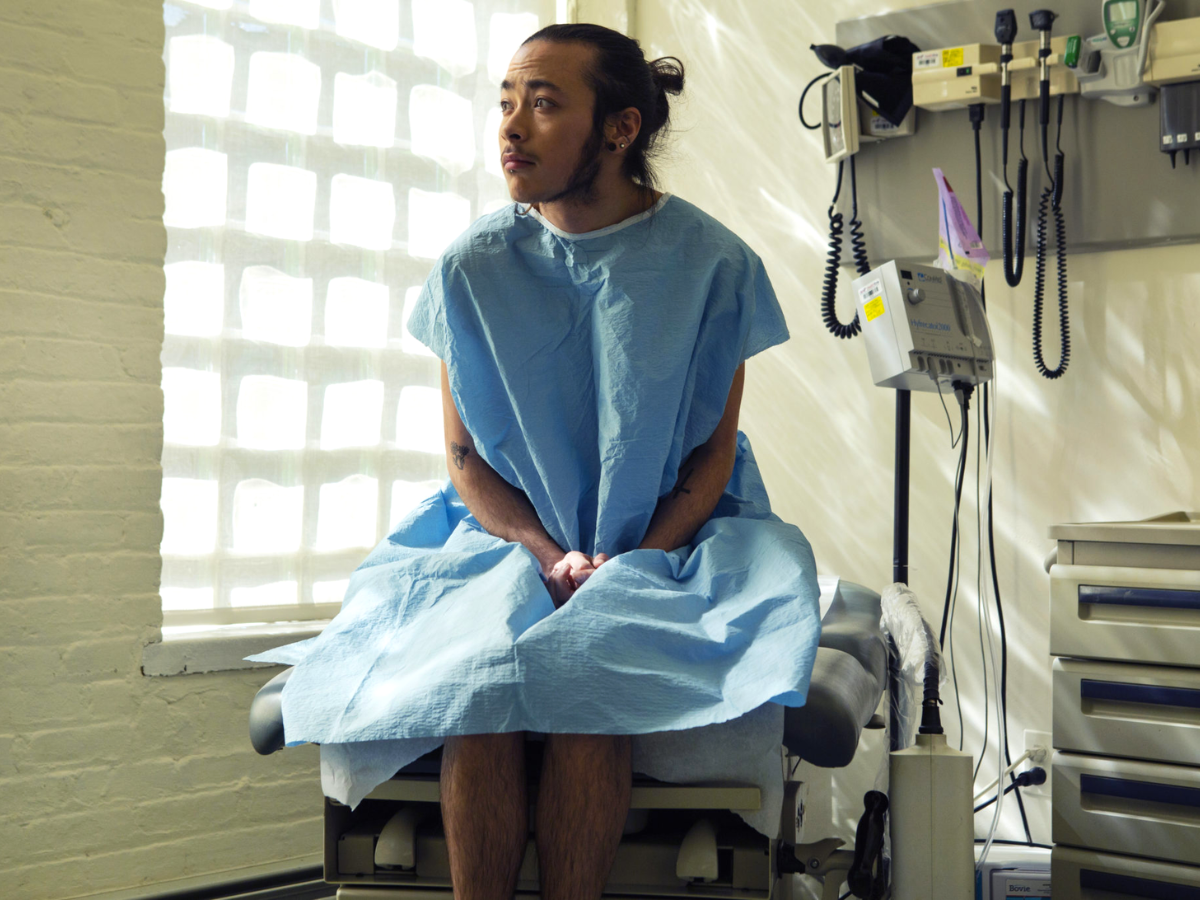 The automated invite system for cervical screenings skips a growing portion of the British public: transgender men who still have a cervix.

When cisgender women turn 25, they are automatically invited for cervical screenings (also known as smear tests) to check the health of their cervix, check for HPV, and help prevent cancer. Anyone with a cervix should have a smear test, but transgender men are not automatically invited. Instead, they have to chase their GPs themselves.

This occurs because invites to cervical screenings are completely automated and sent out based on the gender listed on someone’s GP record. When trans men change their gender marker with their GP, the system no longer flags them as in need of an invitation.

The NHS openly acknowledged on their website that transgender men are not being automatically called for screenings, but little has been done to support trans men in the process of obtaining this essential screening. The site states that ‘if you’re a trans man registered with a GP as male, you will not receive automatic invitations’ while simultaneously impressing the importance of transgender men who still have cervixes attending screening appointments.

The responsibility for organising these tests, it seems, lies with the patient.

It has been suggested that a better and more inclusive system would be to send out invites based on a flag on people’s medical records that referred to screenings they may be eligible for, as opposed to focusing on binary gendered terminology.

Is inclusive language leading to clarity or confusion?

Reducing the use of the word ‘women’ in medical content in favour of more inclusive language has been unexpectedly divisive.

Recent NHS content about ovarian cancer has been adapted to be more inclusive, favouring the phrase ‘people with ovaries’ over ‘women’ so that it is clear the content is also aimed at transgender and non-binary people who still have ovaries. However, some doctors have argued the change ‘may cause confusion’ and present barriers to care instead of removing them.

Sajid Javid said that ‘it’s important that when messaging is given to people for cancers that words like “women” and “men” are used, so that people know who you’re talking about.’ However, this is completely counter to the intent of the recently adapted publications; the phrase ‘people with ovaries’ is in fact clearer in this context and ensures that everyone with ovaries realises that this content is about them.

With much of trans healthcare already mired in uncertainty, it is important that trans people are aware of the conditions that could still affect them. If content is heavily gendered, trans people may not engage with it, potentially resulting in them missing out on essential care.

When Joe (not his real name) originally started testosterone at the age of 18, the Gender Identity Clinic (GIC) he attended recommended that he have a full hysterectomy 5 years after starting testosterone. This was common guidance at the time due to concerns about cancers and the development of symptoms similar to that of PCOS.

Joe is now 25 and, in those interim years, guidance has changed and full hysterectomies are no longer recommended. This guidance had originally existed due to a lack of information on what the impacts of long-term testosterone use were on female reproductive organs. In the absence of solid information, many practitioners erred on the side of caution.

It was ultimately decided that this uncertainty was not sufficient cause to push trans men to have major surgery they may not need. Instead of immediately recommending hysterectomies, trans men who take testosterone are now advised to have ultrasounds following any unusual bleeding. Unfortunately, due to current NHS waiting times, it can be a long time before these ultrasound appointments are available, leaving patients with long periods of uncertainty between the bleeding and finding out the cause.

Trans people often feel that the healthcare system does not hold sufficient space for them. This is evidenced by incredibly long waiting lists (one UK gender clinic saw only two new patients in an entire year) and an absence of inclusive health advice.

Joe recently attended his local hospital’s gynaecology department regarding sterilisation. While staff were friendly and inclusive in their language use, it was clear to Joe that they had very little knowledge of how his hormones will have affected his reproductive organs and his reproductive abilities:

‘The doctor was lovely and made me very comfortable, but I had to bring a lot of information to the table myself. There’s such a gap in knowledge.’

When Joe told his gynaecologist he wouldn’t automatically be called up for cervical screenings, she was stunned. ‘No one had ever made her aware that this huge group of patients wasn’t automatically being seen,’ commented Joe. ‘It seems absurd to me, given the nature of her work, that there hasn’t been any training there.’

Phrasing medical information in a more inclusive way may help medical staff better support patients like Joe and increase awareness in the medical community that not everyone with biologically female organs identifies as such. Staff also need to be made aware of the issues with automatic invites to these critical screenings and support patients in accessing the care they need, regardless of their identity.

The responsibility for providing trans patients with access to these screenings should not rest on their shoulders, nor the shoulders of individual GPs. A redesign of the system that automatically sends these invites could save lives, reduce stress for transgender patients, and minimise clinician workload by removing the need to chase individual referrals.