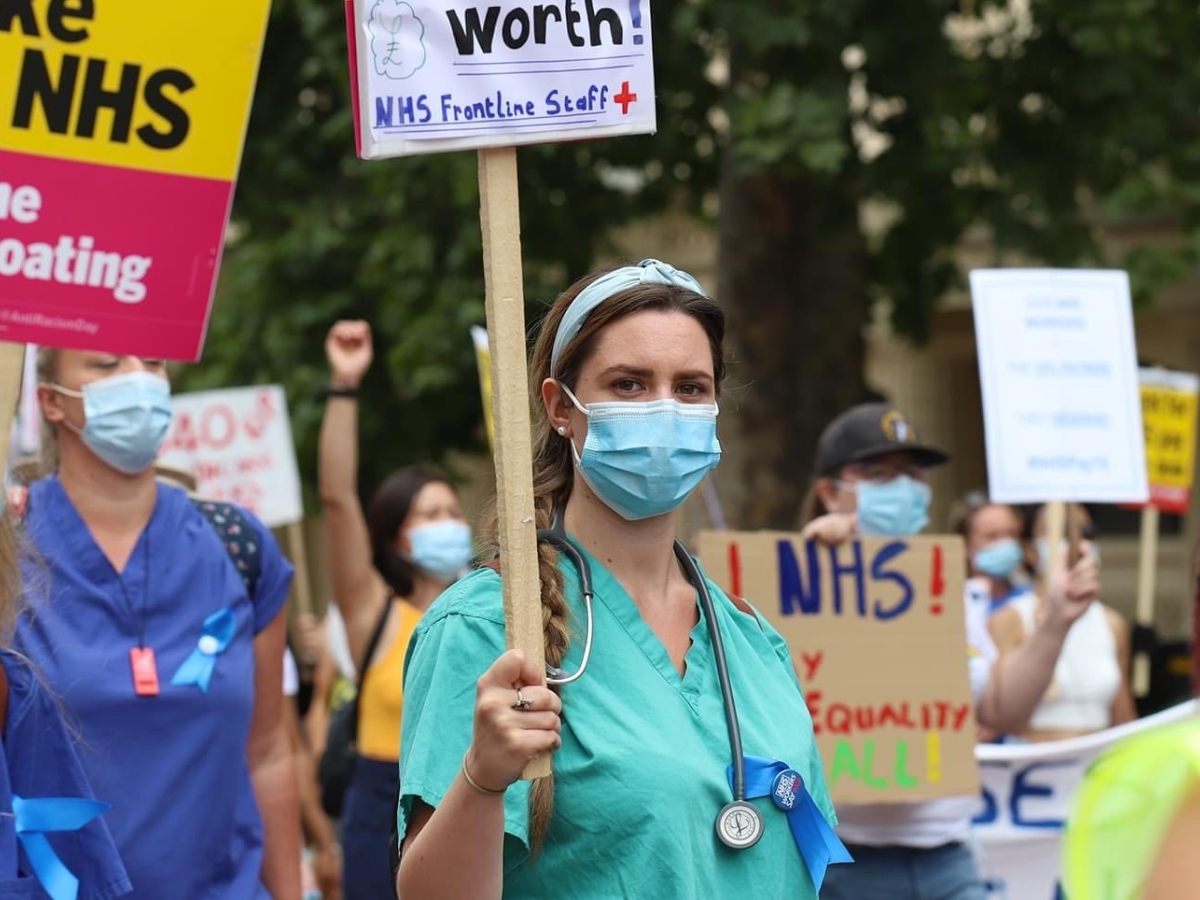 Could Doctors Be the Next to Strike?

Train drivers, barristers, and postal workers have all gone on strike over working conditions and wages. Doctors warn they could be next.

Strikes about pay and working conditions recently brought substantial disruption to train services, legal proceedings have been held up as criminal barristers protest inadequate government funding, and yet another postal strike is set for July. Further walkouts by airport and bus workers are on the cards for later this summer, and England’s largest teaching union is threatening to follow suit if teachers do not receive a raise that surpasses inflation rates. Doctors have now warned they could be the next to join this long list of striking workers.

Pay is not keeping up with inflation and workers are feeling the bite as the cost of living continues to climb. The 3% pay rise NHS staff received last year was far from enough – stagnating pay and rising inflation has effectively amounted to a 30% pay cut since 2008. Proposed industrial action aims to gain an above-inflation rise – and ultimately see pay restored to the equivalent of what it was in 2008 within the next 5 years.

Dr Vishal Sharma, chair of the BMA’s consultants committee, commented that government inaction on this ‘would be completely unacceptable in any circumstances, but is especially insulting when we consider the immense sacrifices made during the pandemic.’

Doctors’ salaries have not kept up with inflation for more than a decade with annual salary uplifts sitting around a meagre 1%. In real terms, their salary has consistently declined.

Junior doctors currently start on a salary of just over £29,000 and one junior doctor commented that ‘doctors today are unable to afford mortgages and are delaying starting families due to falling pay.’ A 30% increase over the next five years would considerably change the lives of those currently in the profession, as well as draw significant new talent to the sector.

‘Further pay erosion is likely to drive more junior doctors out of the NHS, especially when a worldwide shortage means that we risk losing staff to better-paid jobs overseas. The truth is that without fair pay for junior doctors, the NHS will not be able to recruit new doctors or retain the ones it has. Patients will undoubtedly suffer, and the NHS will lose its future workforce.’

The BMA has already said if the government does not commit to restoring pay, it will begin preparing for industrial action ‘by early 2023 at the latest’. A full strike ‘has not been ruled out,’ but emergency care would still be provided if this were to occur.

The pleas to increase wages are not only coming from junior doctors. Everyone was a junior once, and senior members of the BMA have not forgotten this. Dr Vishal Sharma said ‘members will no longer tolerate the government’s woeful failure to reverse these cuts.’

A 30% increase may seem steep and unlikely, but it is possible; proposed industrial recently won porters and cleaners at Croydon Hospital an immediate 24% pay rise with back pay and an occupational sick pay scheme. Joanna Sutton-Klein, a trainee A&E doctor, is hopeful for the uplift becoming a reality and commented that the success at Croydon Hospital highlighted the power workers hold when they ‘collectively negotiate and collectively withdraw labour’.

The NHS Pay Review Body (NHSPRB) and the Review Body on Doctors’ and Dentists’ Remuneration (DDRB) will soon issue recommendations for what frontline personnel should receive in 2022-23. They are expected to recommend an increase of between 4% and 5%; this is well below the figure unions are seeking, but is already above the firm maximum 3% set by ministers. The impact industrial action will have on these recommendations remains to be seen.

A workforce in crisis

It is hardly surprising that doctors are seriously contemplating industrial action. Some trusts have had to resort to setting up food banks for staff because they are unable to make ends meet on current wages and bursaries. Pleas for significant wage increases have previously fallen on deaf ears, so workers are taking the only option left available to them to make their voices heard.

Even without taking soaring living costs into account, the past two years have taken an incredible toll and little has been done to recognise – and remunerate – staff for what they have sacrificed. It has become starkly apparent that clapping on doorsteps is not enough, and it never was.