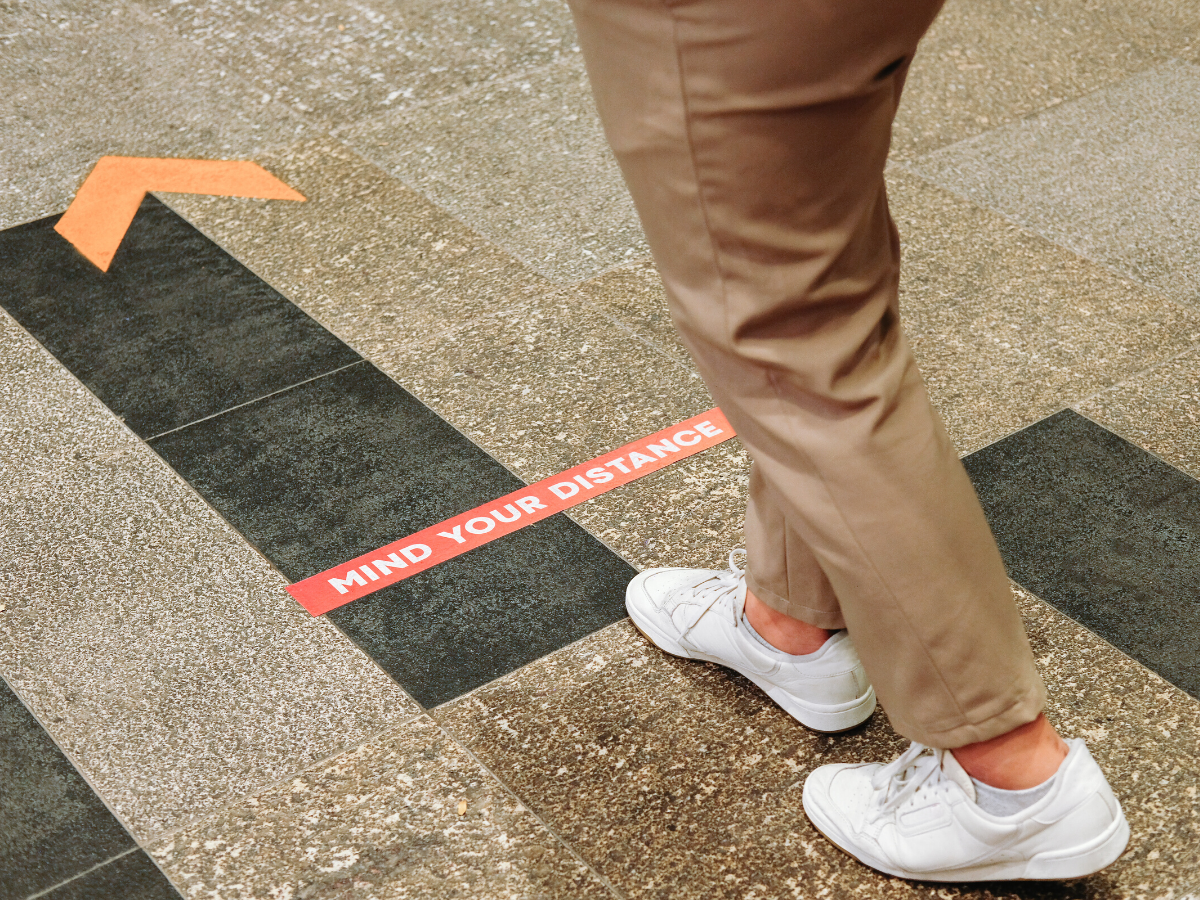 The Effects of the Pandemic and Social Distancing on the Brain

Covid’s impacts reach far beyond those who contract the virus. Social distancing and other efforts to eradicate it have taken their toll.

The Covid pandemic has been dictating the way populations worldwide have lived for the past year and a half, and for good reason. With Covid attributed to over 266million cases and 5.26million deaths worldwide, these numbers are only growing. Symptoms of the sickness have also endured for many, with Long Covid leaving sufferers with long-term side effects such as chest pains, anxiety, loss of taste and smell, ear pain, and dizziness, amongst other ailments.

However, studies have shown that even those who have not contracted Covid are prone to detriments, particularly cognitive decline.

The fear of Covid deaths caused countries to close up, enforcing lockdowns, quarantine, and social distancing measures – elements that would stagnate the average individual’s fast-paced working life. Many were overworked and tired prior to these restrictions, so these measures were welcome. However, many did not realise that life as usual, which includes commuting, working, and socialising, kept their minds occupied, sharp, and operational.

Now, nearly two years into the pandemic, we have realised how this has affected worldwide populations. Studies have supported two main afflictions: uncertainty and loneliness, which have disproportionately altered the human brain.

The human brain and uncertainty

The unpredictability of lockdown regulations, precarity of work, and fear of suffering from sickness have caused copious amounts of stress for many – we as humans aren’t equipped to handle such inconsistency, we thrive on schedules and certainties. A lot of the things done prior to lockdowns were done on ‘autopilot’. Many activities you would not think twice about before, performed by mere muscle memory, have become alien. Our bodies have become acclimated to time alone – isolation has become the new norm in a lot of countries. Though many felt reinvigorated by the rest and relaxation afforded by lockdowns, life has now become excessively sedentary.

Humans have been hunter-gatherers for most of their existence, in which groups were formed with members assigned specific roles, leading to a fairly predictable, organised life. Due to this, pattern recognition and habit building have become imbued into our brains.

This is why uncertainty can cause brains to feel a state of threat. As unpredictability signals a lack of control, we may have a hard time processing how to cope. This leads to ‘decreases in motivation, focus, agility, cooperative behavior, self-control, sense of purpose and meaning, and overall well-being’, in addition to a decline in working memory. A lack of stimulation and new ideas leads to a decreased ability to solve problems or recall long-term memory when necessary. Uncertainty leaves us less equipped to function properly.

Even more worryingly, the loneliness and isolation experienced from social distancing have led to a multitude of negative effects on the brain. A recent scientific review published in The International Journal of Environmental Research and Public Health detailed these consequences.

Firstly, it was found that loneliness and isolation are potentially linked to chronic inflammation, through ‘the neutrophil-to-lymphocyte ratio, the concentration of high-sensitivity C-reactive protein (CRP), and circulating leukocytes’. In contrast to this, high social engagement leads to a lower level of this, particularly with the levels of CRP.

It also stated that there is strong evidence that social isolation also causes brain ageing. Studies reviewed record a smaller hippocampal volume – which is associated with depression, stress, and Alzheimer’s – as well as increased cerebral white matter, linked to a higher risk of strokes and vascular dementia. Additionally, parts of the brain involved in social perception and associative memory were found to be smaller in people with smaller online social networks.

Neuroplasticity, or ‘the brain’s ability to modify, change, and adapt both structure and function throughout life’, is also affected. Specifically, in post-stroke recovery, social isolation in an experiment conducted on lab rats showed ‘greater brain volume loss, higher mortality, delayed motor and sensory recovery, and worsened cognitive function’, and a decrease in the BDNF molecule, which ‘aids in synaptogenesis and the growth, repair, and maturation of neuronal cells’. Social interaction has been shown to improve memory in Alzheimer-afflicted brains.

Sleep is another factor that has also become affected by social isolation. A lack of sleep increases cognitive decline and leads to poorer neurocognitive health.

Whilst high levels of socialisation amount to better late-life cognitive functioning, the inverse has been linked to worse executive functioning and memory loss. Lonely older adults are more prone to cognitive decline, in addition to poorer healthcare and financial decision-making.

Loneliness also increases stress hormone levels in all humans, including adolescents, as well as increasing the risk for depression and anxiety, neurodegradation, and immune and metabolic disorders.

This metastudy shows that older women are the most susceptible to all of these effects.

How to overcome this

These studies stress the importance of socialising and neural stimulation, as well as the dire consequences that can arise from a deficiency of these. Although the looming threat of lockdown and isolation persists, there are ways to ensure that your brain is not gravely impacted by this.

Firstly, a healthy diet and exercise routine can decrease feelings of loneliness, stress, and sadness. Nutritional foods, such as vegetables, fruits, and those containing healthy fats, high fibre content, and protein can help neutralise stress responses, and decrease lethargy. Keeping your body active will increase this further, heightening levels of feel-good neurotransmitters, which improves mood whilst strengthening physical health. Workouts do not have to be high-intensity, yoga has been shown to help. In relation to this, taking walks may also help you feel less trapped, and experience new sights.

It is also important to talk to friends and family as often as possible. If doing this in person is not an option due to Covid concerns, video calls will suffice. It is integral to feel that you are not alone, and speak to loved ones about any problems that you may encounter. It is best to allot daily time to this, in order to closely simulate the social conditions present prior to pandemic isolation.

Lastly, it is worth constructing a schedule for your day. Although flexible hours and working from home allow individuals to work whenever they want, it does not mean that sporadically completing tasks is the best way to function. There is a risk that work coincides with personal time, going past conventional hours, spreading stress from this into the rest of your day. The predictability of a schedule will ensure optimal productivity and a work-life balance.

Though it seems that there is no end in sight to the pandemic and its consequences, it is important to stay optimistic, and do everything in your power to keep life normal – you owe it to your brain.