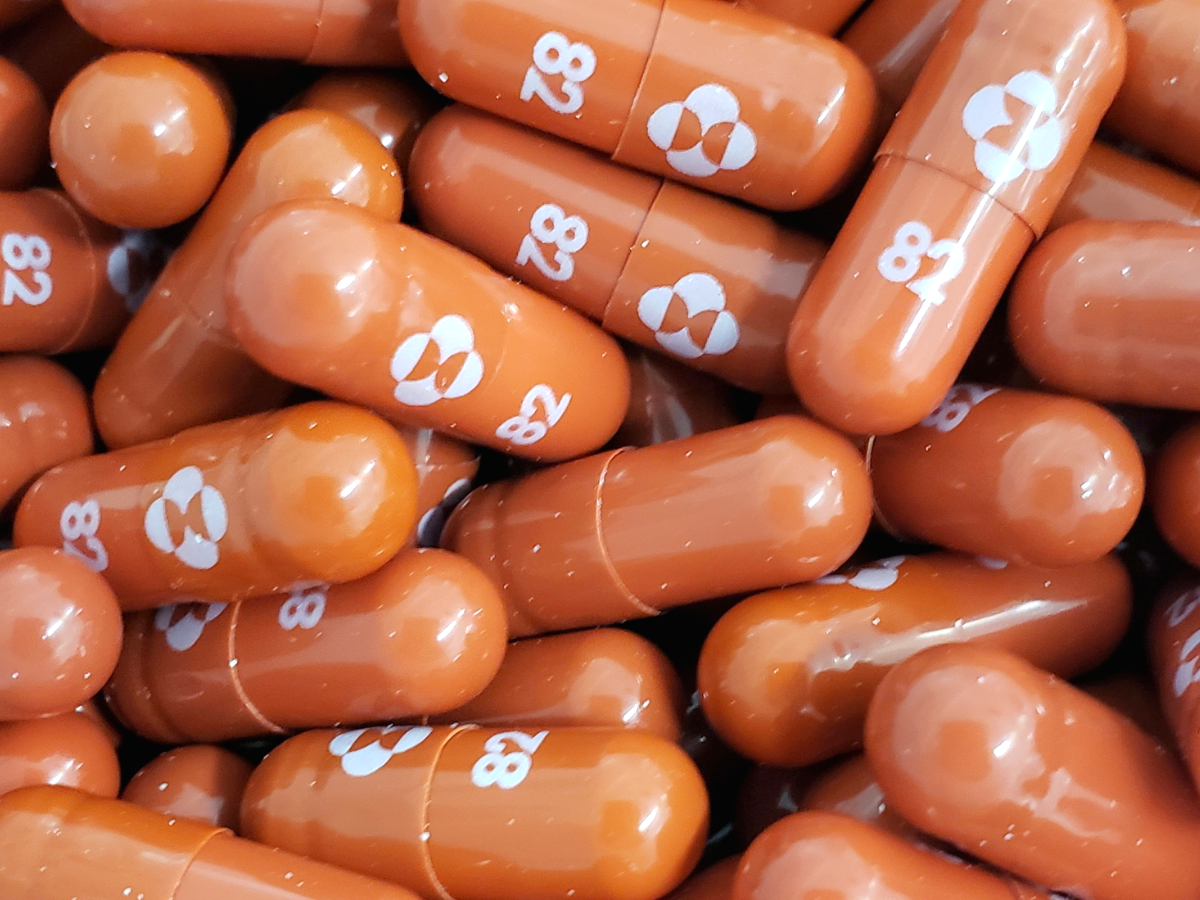 Last week, the UK became the first country to approve the newly developed COVID-19 pill by Merck & Co Inc. The UK’s Medicines and Healthcare products Regulatory Agency (MHRA) stated that the drug known as molnupiravir is ‘safe and effective at reducing the risk of hospitalisation and death in people with mild to moderate COVID-19 who are at increased risk of developing severe disease’. The pill reduces said risk by approximately 50%. This is the first antiviral pill that can be taken by mouth, meaning that it no longer needs to be administered in a hospital setting, making it much easier for people to receive it. The UK has now ordered 480,000 doses of the Merck pill.

For an individual to be considered as being at risk, they have to have at least one risk factor such as diabetes, heart disease or old age (over 60 years old). Sajid Javid said that Merck’s pill ‘will be a gamechanger for the most vulnerable and the immunosuppressed’ who are still at risk of dying, especially considering the rising amount of daily covid cases and covid-related deaths in the UK.

Interim analysis found that 7.3% of patients who took the pill were hospitalised or passed away, whereas almost twice the amount (14.1%) of people who received a placebo had to be taken to the hospital or died. Merck’s pill functions as an interference with the coronavirus’ replication. It can prevent the virus from multiplying and in return, keeps virus levels low in the body and reduces its potential severity. For maximum effect, clinical trial data suggests that the pill has to be taken as soon as possible after testing positive for COVID-19 and within five days since the first symptoms appeared.

The inequalities of the COVID-19 vaccine

Although it has been almost a year since the first COVID-19 vaccines began to be distributed, vaccine inequity persists. Around 75% of vaccine doses have been administered in high- and upper-middle-income countries, yet only 0.6% of shots have been given to people living in low-income countries. Additionally, around 9% of people in Africa have had at least the first dose of the vaccine, whereas in Europe and North America the number reaches over 60%. The World Health Organization (WHO) believes that this inequity will have serious long-lasting impacts on lower-income countries regarding their socio-economic recovery.

Due to the lower doses of vaccines and additional COVID-19 variants, many low-income countries have to reinstate public health measures, worsening their social and economic status altogether. Dr Tedros Adhanom Ghebreyesus, the director-general of the WHO stated that the ‘vaccine inequity is the world’s biggest obstacle to ending this pandemic and recovering from COVID-19’. The best way to ensure equal access to the COVID-19 vaccine is for all countries to be able to manufacture them, yet pharmaceutical companies have been reluctant to share the information required for low-income countries to produce the vaccines themselves.

A major challenge for vaccine rollouts in lower-income countries is that many of the current vaccines are outside of the cold chain capabilities of these countries. The Pfizer-BioNTech vaccine, for example, should be stored at -60*C to -90*C, making its distribution extremely difficult if a country lacks the infrastructure to support it.

The next question is whether Merck’s pill will repeat said inequalities, particularly in its distribution. Merck ‘expects to produce 10 million courses of treatment by the end of 2021’, with even more waiting to be produced in the following years. However, 1.7million of these courses have already been secured by the US government. Manufacturing these drugs for low-income countries also requires the approval of the World Health Organization, a process that can take months, during which higher-income countries will likely order most of the courses of molnupiravir, leaving low-income countries at a massive disadvantage. On the other hand, the Merck pill will not face the same cold chain challenges as the vaccine rollout, so we can remain hopeful.

Besides developing one of the main vaccines against COVID-19, Pfizer has also created a pill to treat the virus. The biopharmaceutical company has started clinical trials and the results suggest that the Pfizer pill has the potential to cut the risk of hospitalisation and death by 89% in vulnerable people. The pills should be taken two times a day for a period of five days. Similar to the Merck pill, the drug also has to be taken soon after the person at high risk develops severe symptoms. While the US ordered millions of doses of the Pfizer pill, the UK has secured 250,000 courses of it, even though it has not been approved yet.

Interim data from the Pfizer trials found that out of 1,219 patients who are at high-risk and had contracted COVID-19, only 0.8% were hospitalised, compared to the 7% of patients who received a placebo pill. However, the main issue with both Merck and Pfizer’s pill is that it has to be taken within a matter of days, limiting its potential success if the patient gets tested too late.

As Sajid Javid stated, although Pfizer and Merck’s COVID-19 pills are an incredible development and an additional help to those who are at high risk of hospitalisation or death, they are not a substitute for the vaccine and it is still vital for everyone to get vaccinated in order to fight this virus and end the current global pandemic.