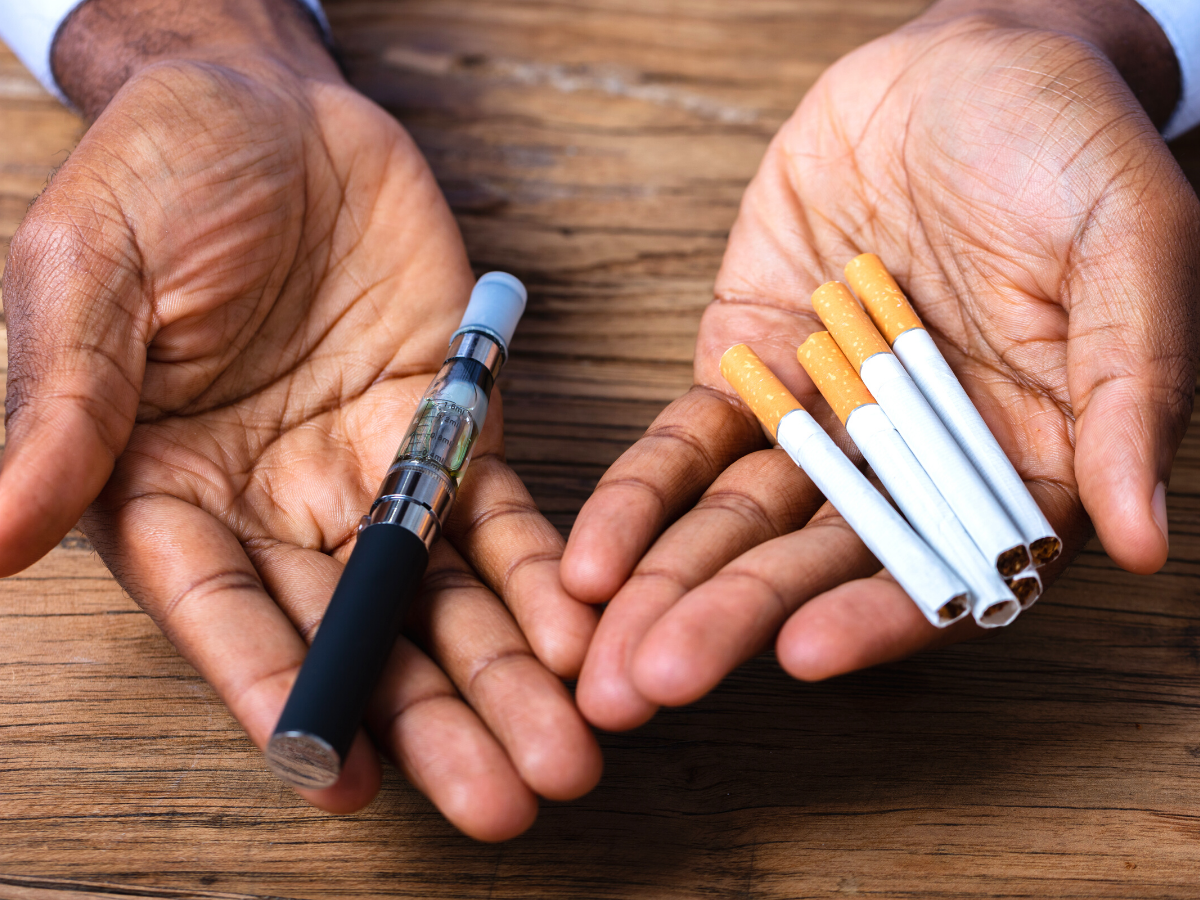 NHS Could Soon Offer E-cigarettes to Reduce Number of Smokers

England would become the first country in the world to prescribe e-cigarettes. Are NHS e-cigarettes a wise move?

The NHS has approved e-cigarettes as an aid to stop people from smoking tobacco products.

This is especially surprising, as England would become the first country to take this route, even amidst campaigns against electronic cigarettes. The prevalence of side effects in the relatively novel digital smoking device also remains unknown.

The government aspires for England to be smoke-free by 2030.

Since their conception, there has been intense debate about the long-term effects and safety of e-cigarettes. The Medicines and Healthcare products Regulatory Agency (MHRA) is publishing guidelines for the use of medically prescribed e-cigarettes for tobacco smokers that intend to quit. E-cigarette manufacturers will be able to submit their products to the MHRA, in the same regulatory process as other approved medicines.

Initially created to curb smoking and create a safer alternative, it is widely believed that e-cigarettes are less dangerous than traditional tobacco products because they do not produce tar and carbon monoxide – the two most harmful ingredients in regular cigarettes.

E-cigarettes, also known colloquially as ‘vapes’ due to the water vapour produced whilst ‘smoking’ the device, are very popular. Many brands offer these products, the largest of which is Juul, making up nearly half of all e-cigarette sales in the US. Staff in many UK vape shops are certified quit smoking practitioners – Evapo now has at least one in every store. They help users select vapes that recreate the feeling of smoking so that they are not tempted to continue smoking conventional cigarettes. Vapes can help people quit by allowing them to slowly reduce the nicotine content of their liquids.

Cigarette smoking is the leading cause of premature death in the UK. Though the number of deaths is at an all-time low, there are still 6.1 million smokers in England. Additionally, there are disparities between areas with less wealthy places like Blackpool having a smoking rate of 23.4% whilst wealthier areas, such as Richmond upon Thames, have much lower numbers at 8%.

It is hoped that medically-licensed e-cigarettes will reduce health disparities throughout the country.

‘This country continues to be a global leader on healthcare, whether it’s our COVID-19 vaccine roll-out saving lives or our innovative public health measures reducing people’s risk of serious illness. Opening the door to a licensed e-cigarette prescribed on the NHS has the potential to tackle the stark disparities in smoking rates across the country, helping people stop smoking wherever they live and whatever their background.’

How do they work?

E-cigarettes create an aerosol emulating the smoke produced from tobacco cigarettes. This occurs when the battery in the device powers the atomiser and heats the liquid in the cartridge, which is a combination of water, flavourings, and other additives. Just like a tobacco cigarette, the user inhales this vapour into their lungs.

Because the liquid is very customisable, there is a multitude of flavours and ingredients that manufacturers offer in e-cigarette form. Traditional flavours such as tobacco and menthol are available, though the most popular ones are miscellaneous and fruity, with flavours such as mango, chocolate, candy, and vanilla dominating the market. These liquids also come in a variety of nicotine levels, from zero to fifty mg per ml. The variety of palatable flavours has made it particularly appealing to teenagers, a large problem that manufacturers encounter and a motivator for most campaigns against e-cigarettes.

Companies have also created vapes with therapeutic ingredients such as essential oils and CBD. Consumers have also managed to put recreational drugs into them as well.

Research studies prove that e-cigarettes are much less harmful than traditional ones. Cigarettes have over 7,000 chemical compounds in them, whilst there are much fewer ingredients in e-cigarettes.

However, both contain the highly addictive agent nicotine, which research shows may be as addictive as cocaine or heroin. This can cause users to have cravings, with many suffering withdrawal symptoms, making it more difficult to quit. This means that electronic cigarettes can be as addicting as traditional ones. Even worse, e-cigarettes can deliver a higher amount of nicotine, with extra-strength cartridges and liquids.

Nicotine is a toxic substance and can raise blood pressure, spike adrenaline, which increases heart rate, and in turn, increases the likelihood of heart attacks.

Director of clinical research at the Johns Hopkins Ciccarone Center for the Prevention of Heart Disease Michael Blaha shared:

‘People need to understand that e-cigarettes are potentially dangerous to your health. Emerging data suggests links to chronic lung disease and asthma, and associations between dual use of e-cigarettes and smoking with cardiovascular disease. You’re exposing yourself to all kinds of chemicals that we don’t yet understand and that are probably not safe.’

A study also found that most of the people that intended to use e-cigarettes to curb their smoking ended up utilising both vapes and traditional cigarettes.

There are some dangers of the NHS prescribing e-cigarettes as a treatment.

As previously mentioned, vaping is inherently appealing to teenagers – the endless flavours and customisable aspects of it are very enticing. With clever advertising and marketing that promotes the benefits of choosing vapes over cigarettes, many can be tricked into thinking that it is a much better alternative. E-cigarettes are also attractively designed, with market leader Juul’s product resembling a USB, often called ‘the iPhone of e-cigs’.

Additionally, as vapes tend to be more palatable than traditional cigarettes, users may consume a higher amount of nicotine. Nicotine use is most troubling for people under 25, as it affects brain development, and increases the risk of drug addiction later in life. E-cigarettes have become a gateway to smoking for many of the youth, with evidence showing that they affect the frequency and amount of tobacco smoking in the future. In 2015, the U.S. surgeon general reported that there was an increase in high-schooler e-cigarette users by 900%. This is especially alarming considering that 40% of young e-cigarette users had not previously smoked tobacco products.

Some regulations have been put into place to curb this effect. In the UK, e-cigarette tanks cannot hold over 2ml of liquid, and the highest nicotine strength allowed is 20mg/ml. However, this is not enough – more widespread change must be implemented.

The problem is that with an endorsement from the NHS, many may mistakenly believe that it is near harmless. Researchers are undecided on whether e-cigarettes can truly help convert cigarette smokers to non-smokers, and it is quite surprising to see the NHS approve their use for this.

However, a government article shows that in 2020-2021, 68% of patients utilising an e-cigarette and local Stop Smoking services were able to quit smoking altogether. It is hoped that tighter regulations will be placed on the e-cigarettes manufactured for medical use.

Though risky, it is commendable to see the government step up and take hold of the smoking epidemic in England, from which 64,000 individuals perished in 2019. The dangers of e-cigarettes should also still be heavily emphasised, and it should be made clear that, although the NHS can prescribe them, vapes are not an option for teenagers and non-smokers. If this is implemented correctly, this initiative will positively impact millions across the country.

If you would like to quit smoking, visit the NHS stop smoking services for help.