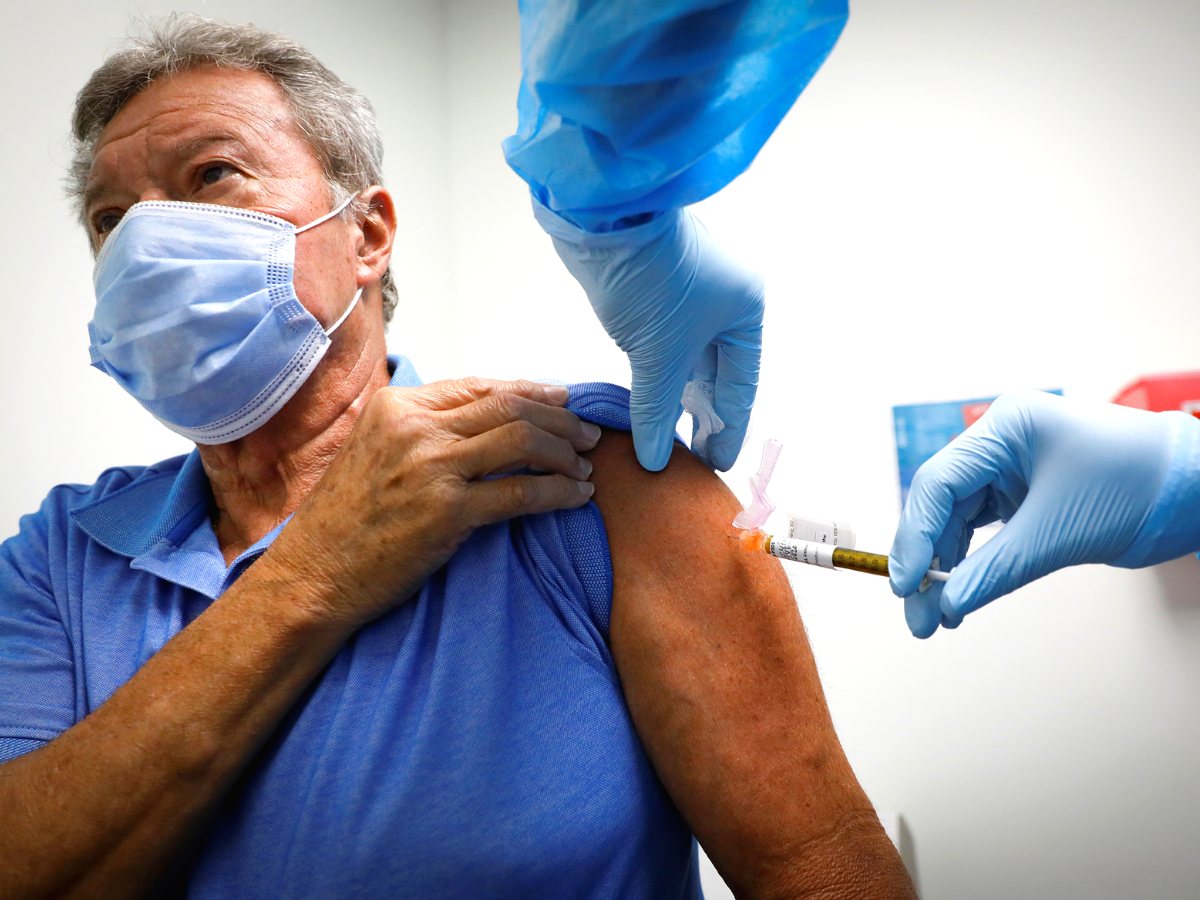 Will this latest wave of vaccinations and booster jabs be able to fend off the COVID-19 storm cloud looming over Europe?

The UK’s COVID-19 vaccination programme has hit several milestones this week as the nation prepares for winter spikes in colds, flu, and COVID-19. Firstly, 13 million booster jabs or third jabs have now been given, with 2.4 million issued in the last 7 days – a record-breaking weekly increase. Secondly, the number of over 12s fully vaccinated surpassed 80% this week – including over 1 million 12 to 15-year-olds in England. There have also been significant policy altercations taking place in the background that aim to expedite the vaccination programme further.

It comes as the COVID-19 situation in Europe deteriorates. Austria and Germany have plunged unvaccinated citizens into a lockdown. Several other countries, including the Netherlands and the Czech Republic, have reimposed restrictions, and countries such as Italy have hinted at following suit. There is also a conspicuous correlation between COVID rates and vaccination levels, with poorly vaccinated Eastern European countries such as Bulgaria, Latvia, and Romania experiencing record-high death rates in recent weeks and cases soaring in Estonia, Croatia, Lithuania, and Ukraine.

‘We don’t yet know the extent to which this new wave will sweep up on our shores but history shows that we cannot afford to be complacent’, Professor Chris Whitty said at a press conference on Monday. ‘Those countries with lower vaccination rates have tended to see bigger surges in infection and in turn been forced to respond with harsher measures while those countries with higher vaccination rates have so far fared better’.

Despite speculation that the UK may follow in its neighbour’s footsteps, Professor Neil Ferguson, a member of the Scientific Advisory Group for Emergencies (SAGE), has suggested that a ‘catastrophic winter wave’ is unlikely. He said that although ‘we might see slow increases as we did in October’ around Christmas time, ‘the vaccination is having a huge effect’. This is reflected in Covid rates which, in contrast to Europe, are falling across the UK.

Extending the definition of ‘fully vaccinated’

In October, clinical guidance in the UK was adjusted to allow high-risk groups to get their booster jab five months – instead of six – after their second jab. The aim was to ensure the most vulnerable people were fully protected going into winter to prevent the NHS from becoming overwhelmed. This included care home residents, housebound patients, and those receiving immunosuppressants.

The Joint Committee on Vaccination and Immunisation (JCVI) has also updated their guidance this week on who should actually be offered the booster – reducing the recommended age from 50 to 40.

Updating the guidelines to extend and expedite the vaccination programme is related to the concept of waning immunity over time. The latest evidence from SAGE shows that protection against symptomatic disease falls from 90% up to three months after the second dose to 65% 6 months after the second dose for the Pfizer jab – with the Oxford/AstraZeneca being even lower. On Monday, the first UK real-world study from the Health Security Agency found that boosters can top-up immunity to over 90% against symptomatic disease in adults over 50. This suggests that rolling out booster jabs before the winter period will enhance immunity within the community and, most importantly, keep COVID hospitalisations at a minimum.

At a press briefing on Monday night, Boris Johnson suggested that the concept of ‘full vaccination’ would need to be extended to include a third jab, explaining that there were plans to add it to the NHS pass.

‘It’s very clear that getting three jabs – getting your booster – will become an important fact and it will make life easier for you in all sorts of ways, and we will have to adjust our concept of what constitutes a full vaccination to take account of that’, he said. ‘And I think that is increasingly obvious’.

On top of the recent approval of the Merck COVID-19 pill, these new milestones hopefully place the UK in a good position to combat the virus in the winter months ahead.