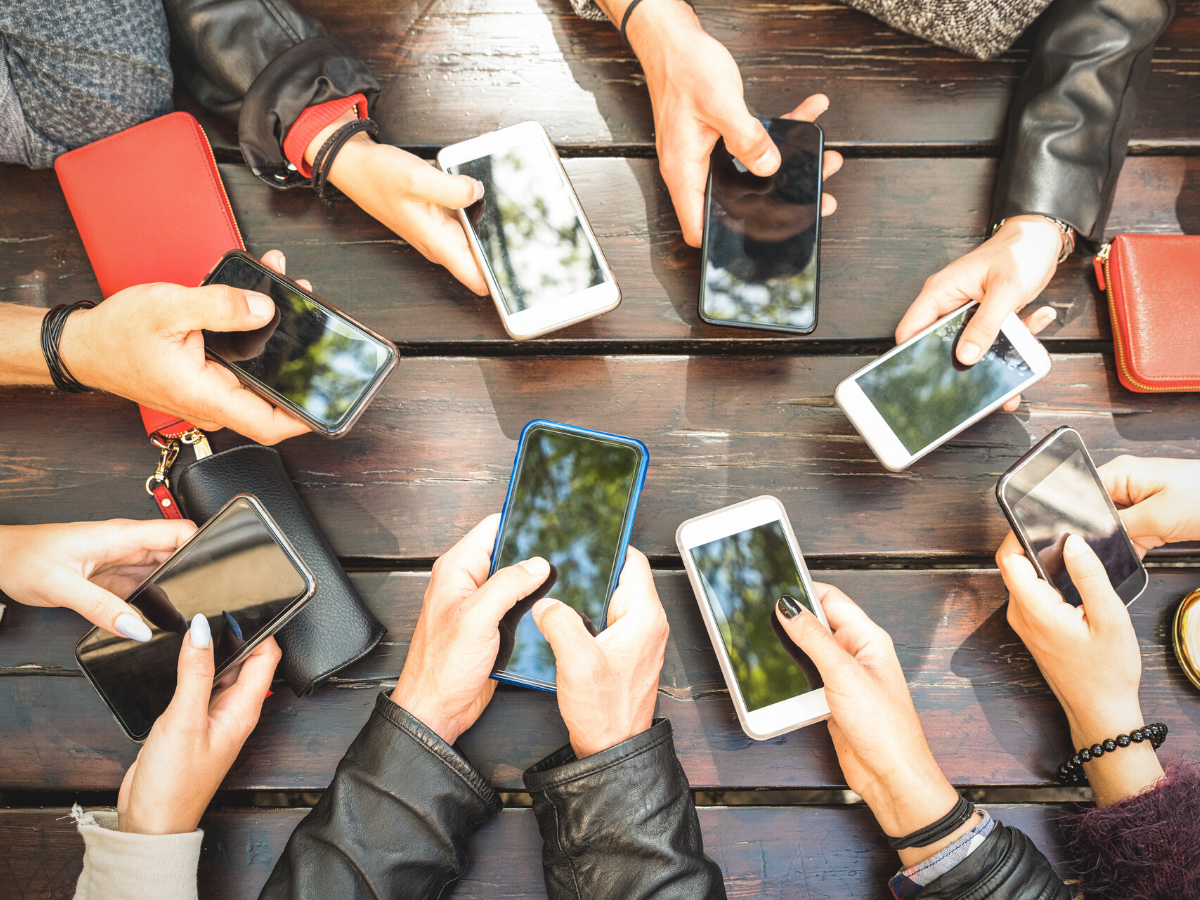 The Growth of Internet Addiction

The pandemic has increased the grip the internet has over users. As reliance on digital tools grows, how will society be impacted?

Internet usage has increased greatly throughout the pandemic in every area of our lives. More and more people have resorted to the internet to carry out tasks that would have been conducted physically prior to international lockdowns. It is safe to say that it has offered us an easier way of functioning – acting as a singular platform housing various functions of life, ranging from work, to play, and everything in between.

With the vast amount of profit being made from internet use, it can be said without hesitation that applications and sites have been designed to be addictive. Infinite scrolling and virtually unlimited content create an attention trap for many, leading to an unhealthy number of daily hours spent online.

Overuse of the internet has also been linked to other problems. Recent reports have indicated that young teenage girls may be developing physical and verbal tics identical to those observed in individuals with Tourette’s syndrome due to an overuse of the short-form video app TikTok. Instagram has also been pinpointed as a perpetuator of irreversible body image issues in younger users. Programs such as Afterpay and Klarna also encourage online shopping addictions, putting users into debt.

Not only has this encouraged addiction amongst those who did not utilise the internet often prior, but worsened tendencies for those who have already been struggling with overuse.

How do people become addicted?

There is a myriad of uses for the internet. Everyday needs are intermingled with entertainment.

IAD triggers a cerebral makeup similar to that of drug or alcohol addiction, forming a chemical dependency, with some studies showing that this disorder can physically change brain structure, particularly the grey and white matter in parts of the prefrontal brain, linked to ‘remembering details, attention, planning, and prioritising tasks’. Because of this, those with this ailment have difficulty in prioritising tasks, as users convince themselves that internet use is more important than necessary life tasks.

Like other dependency disorders, the pleasure centre of the brain is affected, releasing dopamine – a chemical reward – making internet use feel gratifying. With time, more activity is required to elicit this response, eventually leading to dependency.

The Variable Ratio Reinforcement Schedule (VRRS) theory also hypothesises that IAD arises due to the multiple layers of reward granted by online use. An example can be found in online shopping, wherein a deal for an article of clothing arises after searching on multiple websites, or in Massively Multiplayer Online Role-playing Games (MMORPGs) wherein characters infinitely level up and gain currency or status. The amount of online content increases exponentially online every single day, which is why it is difficult to run out of interesting things to do and find online, further fuelling addictive behaviour.

Anxiety, depression, and social ineptness are also closely linked as factors contributing to internet addictive disorder because sufferers look to the internet as a simple yet potent tool for escapism. These disorders have also heightened throughout the isolating nature of coronavirus lockdown, which can help explain the recent increase in internet addiction.

There are both physical and mental symptoms that occur as a result of IAD. Mental symptoms include no sense of time and priorities, boredom with daily tasks, guilt, fear, loneliness, agitation, and mood swings. On the other hand, physical symptoms include Carpal Tunnel Syndrome, back and neck aches, vision problems, poor nutrition and hygiene, weight gain or loss, headaches, and insomnia.

How is it diagnosed and treated?

IAD is often seen as a ‘hoax’ disorder, an exaggerated response against the dawning of the digital age. Additionally, many researchers are unsure whether IAD is a category of its own or a symptom of related illnesses. Regardless, most experts can agree that it is a real problem, especially with the rising subculture of gamers who can spend days online.

It is not included in the Diagnostic and Statistical Manual of Mental Disorders (DSM), which is the definitive book cataloguing official mental ailments, though IAD is recognised by the American Psychological Association.

There have been several attempts at creating a diagnostic test to certify whether patients suffer from IAD, which are often adapted versions of those used to diagnose similar mental conditions such as pathological gambling. Some notable ones include Dr. Kimberley S. Young’s (1998) and K.W. Beard’s (2005).

Both accounts include variables such as: has stayed online for longer than intended and lied to family members and therapists about this, is preoccupied with the internet, has made unsuccessful attempts to control their use of the internet, and has jeopardised the loss of a relationship, job or educational opportunity due to internet use. Some of these are fairly common, because of how much we are exposed to the internet in this day and age.

When screened for IAD, patients may also be asked to take the following tests: Young’s Internet Addiction Test, the Problematic Internet Use Questionnaire (PIUQ), and the Compulsive Internet Use Scale (CIUS).

Treatment varies according to the degree of IAD present in the patient. For more severe cases, anti-anxiety and anti-depression medication have been shown to decrease dependency on the internet.

Additionally, there has also been software and industry-led efforts at reducing internet addiction amongst users.

What is being done about it?

Tech firms have realised the impact that their products have had on the general public, and have offered up several different ways to support users in battling unhealthy internet use.
Many different companies on the market block web pages and apps based on the number of hours spent online, or controls that limit use to specific hours of the day. Surfblocker and Browsecontrol are leading software used to block websites and internet access.

In addition to tracking daily screen time, Apple has introduced a time-sensitive lock on apps. Similarly, Linewize offers a website and app for parents to monitor their children’s internet use, with ‘parental locks’ blocking pornographic and violent content.

For those with gambling problems, the BetBlocker app can block devices from accessing thousands of gambling sites, depending on the user’s discretion.

Instagram recently announced a ‘take a break’ feature. They also have a feature that allows users to temporarily disable their account, similar to Facebook’s. TikTok shows users a cautionary video urging them to leave the app after a predetermined amount of time. Although these are a step in the right direction, more restrictive measures should be taken to limit internet use and eventual addiction. It is the job of the market leaders to institute industry-wide mental health regulations.

The internet is deeply ingrained into every activity in 2021, it is generally impossible to avoid – if it is not used for work, then it is for communication.

However, there are healthy habits that can ensure that you do not become dependent upon the internet – addiction is not a predestined fate for all users.

Paying attention to screen time is essential. This is often monitored automatically by iPhones. When excessive hours are spent online, it is important to restrict use; if you spend 2 hours per day online, that can equate to a month out of your year.

Make an effort to engage in outdoor activities, physical exercise, and other non-digital hobbies. This will increase serotonin without the use of devices, cultivating healthy, happiness-inducing habits.

Reading physical books is also essential in making sure that your brain functions well on non-digital texts, engaging in critical thinking and immersion.

Additionally, local restrictions permitting, socialising in person may decrease feelings of isolation, loneliness, and depression that force many online. Even now, it is important to have clear boundaries between reality and digital time.

If you feel like your internet addiction is becoming obstructive, make sure to seek help.