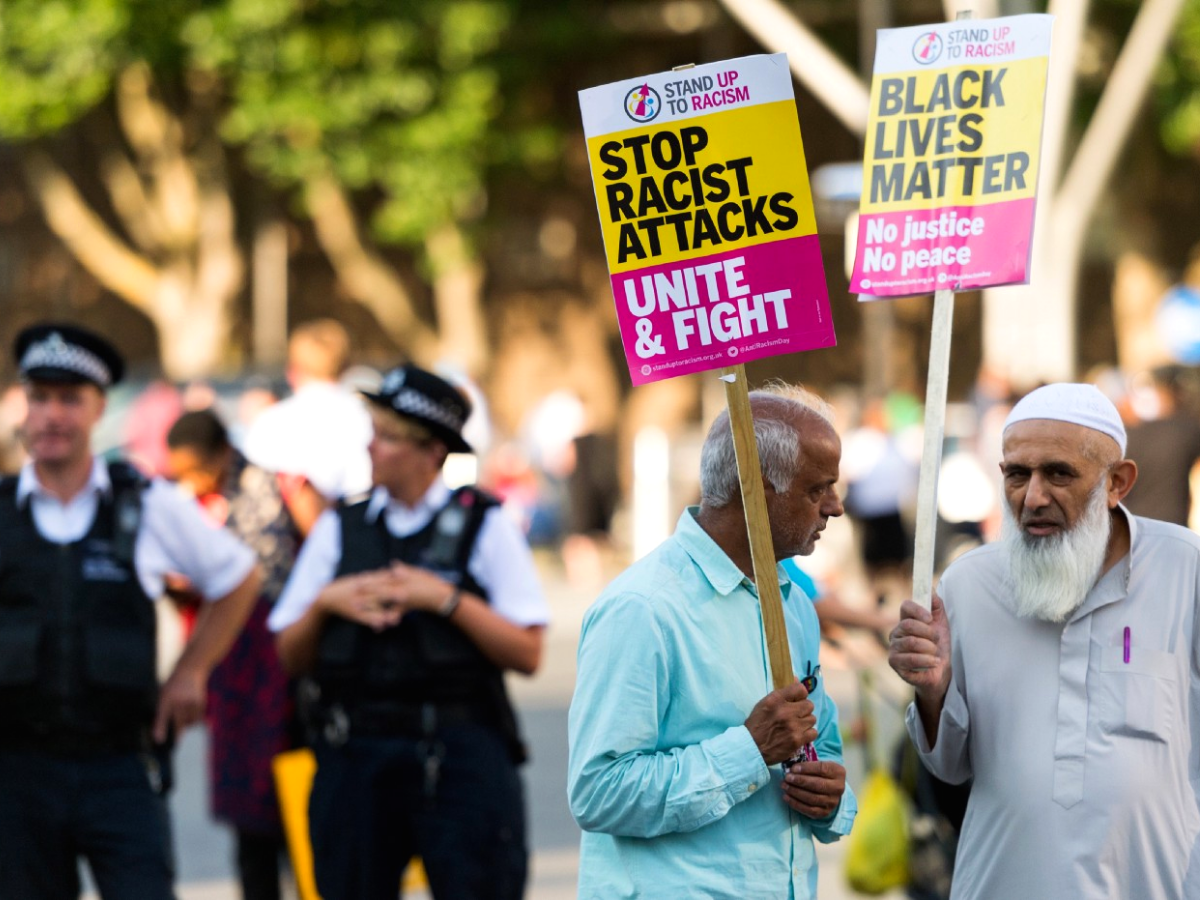 England and Wales have seen a 9% increase in reported hate crimes since the pandemic began. Have the crimes themselves increased, are more people coming forward, or both?

Official figures show that, since the start of the pandemic, reported hate crimes have risen 9% to a record number of over 124,000 across England and Wales.

What has driven this increase in reported hate crimes? And what does it have to do with the pandemic?

Hate crimes against people of Asian backgrounds increased during the early days of the pandemic. These crimes were a mix of misplaced anger and blame for the virus, and were unfortunately seen across the UK and US. Attacks against East and Southeast Asians in the UK rose by 50% in the last two years.

In America, the Senate has passed a bill to help combat hate crimes against Asian Americans, ‘instructing the Justice Department to expedite the review of hate crimes related to Covid-19’ and ‘giving state and local law enforcement more resources to track the incidents and send guidance on how to root out discriminatory language used to describe the pandemic.’ This legislation is an important step in taking concrete action to reduce xenophobic crimes in the US.

End Violence & Racism Against East & Southeast Asian Communities, an intersectional, intergenerational pan-ESEA grassroots anti-racist campaign group, submitted a series of Freedom of Information requests to police forces across the UK to try and build a comprehensive picture of hate crimes against ESEA people. Of the 46 police forces they approached for statistics, 30 replied with data, 9 did not respond, 4 replied with data which was unclear/unusable, and 3 did not provide data.

Of the forces that supplied data, 60% reported an increase in hate crimes against ESEA people from 2019 to 2020. What’s perhaps most interesting is why some of the requests were turned down:

‘Unfortunately this information is not held in a searchable format.’ – Humberside Police

‘…there is no easily retrievable system to extract ethnic background for complainants.’ – Staffordshire Police

In light of this, it would be reasonable to assume that crimes against ESEA people are underreported – or at the very least underrepresented in overall hate crime statistics.

In short, it is likely to be a mixture of both. According to the Home Office, ‘police have improved the way the crimes are recorded, but there have also been “short-term genuine rises in hate crime following certain trigger events”.’ These so-called ‘trigger events’ included things such as key Brexit dates, the 2017 terror attacks, and the BLM protests last summer.

Being in lockdown means that people have spent more time in the echo chambers of social media, where people are surrounded by others who think the same things as them and are often of similar demographics. This lack of exposure to people from other walks of life can lead to more discriminatory thinking and behaviour.

In some cases, issues in reporting and how data is stored by police forces mean that accurate statistics are not available.

One figure that is notably absent from these new hate crime statistics is information about crimes against women. In the wake of the murders of Sarah Everard and ​​Sabina Nessa, it is stunning to see these figures ignored. Hate crimes against women are not recognised within Home Office statistics, but figures from elsewhere suggest that these crimes have increased alarmingly during the pandemic; ‘data and reports released by the United Nations have shown that all types of violence against women and girls, particularly domestic violence, has increased.’

The issue of inaccurate reporting remains; fewer than 40% of the women who experience violence seek help. This means that even the estimated figures of violence against women may be lower than the truth. Similarly to the possible increased number of racially motivated reports following BLM, the #MeToo movement may have made women feel more able to come forward about crimes against them. However, the attacks of Sarah Everard and Sabina Nessa may have made women more fearful for their safety and thus had the opposite effect.

Additionally, speaking up about domestic violence was made even harder during the pandemic as people were likely stuck in the same physical space as their abusers. According to the UN, ‘stay-at-home measures [compounded] perpetrators’ use of mechanisms of power and control to isolate victims’ while simultaneously creating barriers to support. Due to this lack of access to support, even fewer instances may have been reported.

The overall increase in hate crime statistics is alarming to see – and so it should be. What’s important is what we do with that alarm. These increased figures must be examined and the reasons behind the increase explored in order to inform policies that protect marginalised groups in the UK. As campaigners End Violence & Racism Against East & Southeast Asian Communities rightly suggest, these figures should be easily accessible, searchable, and proactively disclosed by UK police forces.

Building a comprehensive picture of the hate crimes perpetrated in the UK is an important step towards preventing them. Police forces need to ensure that anyone who experiences a hate crime knows they are safe to come forward and will have their voices heard. Reporting hate crimes is never easy, and no one should have to fear that they will not be taken seriously or sufficiently protected when they do so.