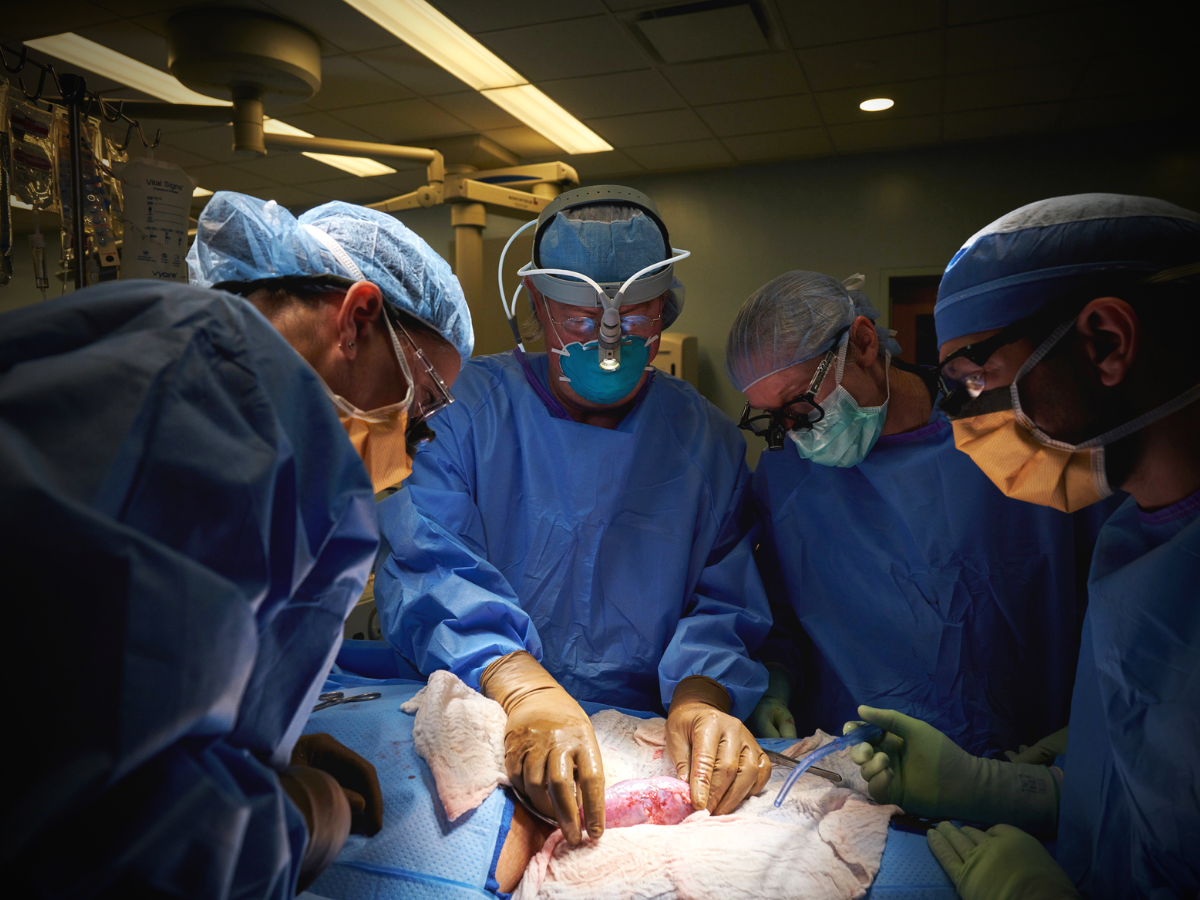 This groundbreaking success has the potential to change the future of organ transplants forever.

In an incredible turn of events, a surgical team from NYU Langone Transplant Institute has successfully transplanted a pig’s kidney into a human patient. The patient was brain-dead and already on artificial life support and the procedure was completed with the family’s consent. Their success has huge potential to change the future of organ transplants.

‘Surgeons attached the pig kidney to a pair of large blood vessels outside the body of [the] recipient so they could observe it for two days. The kidney did what it was supposed to do — filter waste and produce urine — and didn’t trigger rejection.’

The pig had been genetically engineered to reduce the risk of rejection and the test was very short, but this undoubtedly remains a significant breakthrough.

‘The research team were cautious, using a patient who had suffered brain death, attaching the kidney to the outside of the body, and closely monitoring for only a limited amount of time. There is thus a long way to go and much to discover’.

Their caution was justified: rejection is a very real risk. In order to minimise this risk, they not only genetically engineered the pig but also transplanted a bit of the pig’s thymus gland. ‘They think this organ might help stop the human body rejecting the kidney in the long term by mopping up any stray immune cells that might otherwise fight the pig tissue,’ but given the short duration of the test this remains unclear.

Interestingly, Virginia-based Revivicor, the company behind the pig’s genetic engineering, is actually ‘a spin-out from the UK company PPL Therapeutics, which produced the first cloned animal: Dolly the Sheep.’ Dolly has become a well known figure in science and in general society – this recent success may become equally well known in future.

According to Statista, there were 2959 patients in England waiting for a kidney transplant at the end of March 2021. In the US, this number skyrockets to 100,000. In fact, the US sees ‘over 3,000 new patients are added to the kidney waiting list each month’ and on average ‘13 people die each day while waiting for a life-saving kidney transplant. Finding a source of suitable organs is evidently a matter of urgency.

Using organs transplanted from animals has long had the theoretical potential to save huge numbers of lives. Now, thanks to this successful test, it is beginning to seem like a genuine possibility. However, one successful test, no matter how impressive, is not yet proof of long term success. As the test was only done over a short period of time, questions remain about the longevity of the organ.

Xenotransplantation – between-species organ transplants – has long been an avenue of interest, but the process comes with its challenges. For example, there is a sugar in pig cells that normally leads to aggressive organ rejection in humans; this must be eliminated through gene-editing before a pig can even be considered a potential donor.

The preference for organs from pigs stems from the fact their organs are comparable to humans, as well as the fact they are already bred for food so their organs are readily available. Using pigs for medical purposes is nothing new: pig heart valves have already been successfully used in humans for decades, ‘the blood thinner heparin is derived from pig intestines’, ‘pig skin grafts are used on burns and Chinese surgeons have used pig corneas to restore sight’.

However, if pigs are to be used for transplants they would need to be specifically gene-edited for this purpose – this would mean gene-editing the pigs being bred for food which some members of the general public may be opposed to.

It is impossible to discuss the world of organ transplants without considering the ethical issues involved. The old paradigm that someone has to die for someone else to live is changing, but it does mean killing animals. Humans have a say in the use of their organs after their death, but animals do not. Additionally, breeding animals solely for their organs creates questions around what quality of life they will have in the time they are alive: will they be well cared for to keep their organs in good condition, or will their happiness be neglected as they are just a source of ‘parts’?

Lead investigator in the recent study Dr Robert Montgomery is a heart transplant recipient himself so is very close to the issue of transplant ethics. He is intimately familiar with the urgent need for organs, but understands his work is controversial:

‘​​I certainly understand the concern and what I would say is that currently about 40% of patients who are waiting for a transplant die before they receive one. We use pigs as a source of food, we use pigs for medicinal uses – for valves, for medication. I think it’s not that different.’

If we are already using pigs in medicine, what makes this feel different? Using a complete organ to support a human body proves the similarities between us, perhaps making this more uncomfortable than something like a skin graft or using a minor ingredient.

These ethical concerns will certainly need to be taken into consideration, but it will be a while before these transplants become an everyday reality. For now, the focus remains on matching more human donors:

‘While researchers and clinicians continue to do our best to improve the chances for transplant patients, we still need everyone to make their organ donation decision and let their family know what they want to happen if organ donation becomes a possibility.’