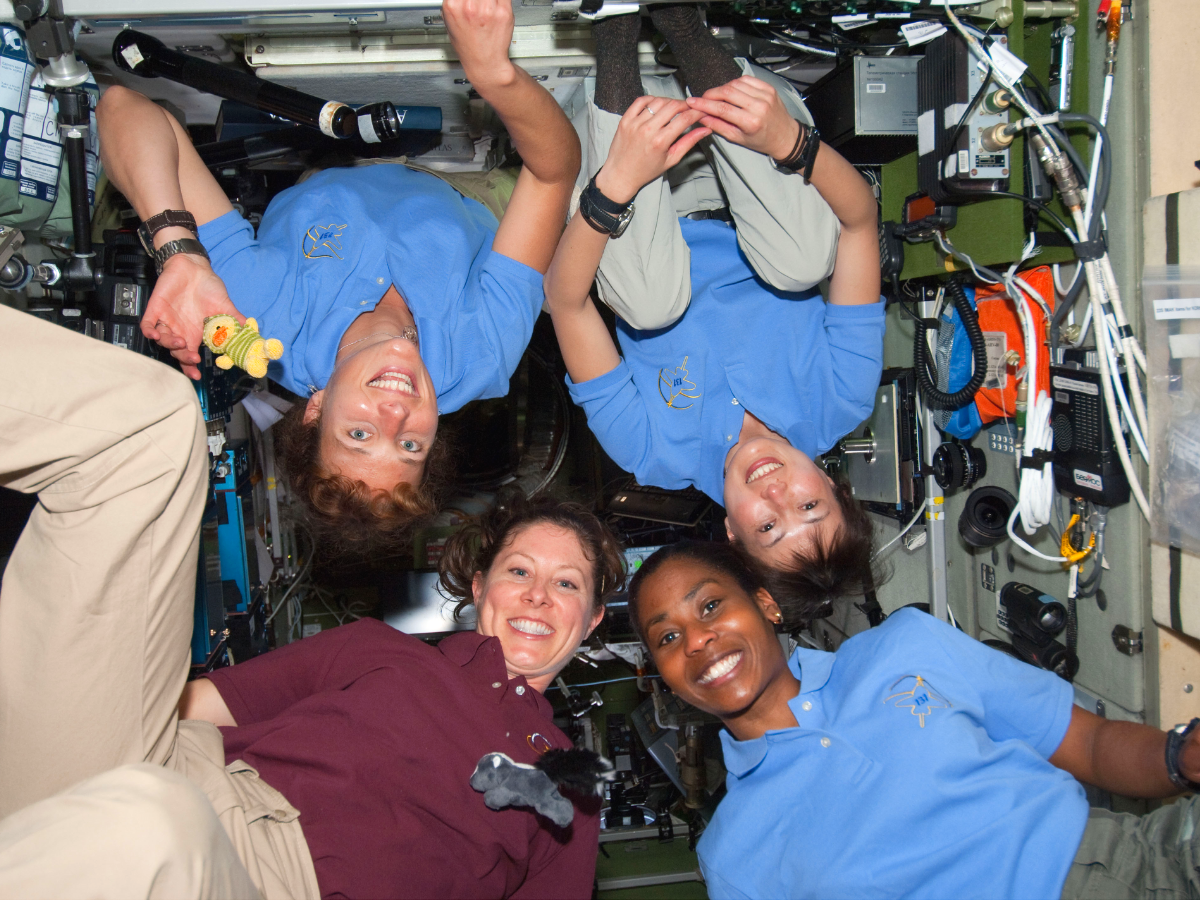 Only 1 in 5 Space Industry Workers Are Women

World Space Week’s theme may be Women In Space, but only 20-22% of the industry’s workforce are women.

It is currently World Space Week! Each year, the World Space Week Association Board of Directors and the UN Office of Outer Space Affairs (UNOOSA) select a theme to unite celebrations across the world.

This year’s theme is Women In Space – it’s exciting to see the women of the industry in the spotlight, but they remain a small part of the workforce. Figures recently published by the UN revealed that women currently make up just 20-22% of the space industry workforce – roughly the same proportion as 30 years ago.

Inequalities in the space industry

This is the world’s largest space event and thus provides a brilliant opportunity to shine a light on inequalities in the sector and collectively explore what can be done to overcome them:

‘With this theme we will bring more awareness to the issue of gender diversity in the space sector and identify the obstacles that women are facing when entering space-related careers and contribute to discussions on how we can overcome these challenges. …We are mindful of women from different backgrounds and from different regions facing different issues, and we are aiming to shed light on this difference.’

The modern Space Race has been a competition between three extremely wealthy white men. This Billionaire Space Race has been undeniably fun to watch but it has also highlighted the inequalities in the industry; those on the front pages have always been men while the women of the space industry have remained hidden. This was starkly emphasised when Wally Funk, at the age of 80, finally achieved her dream of making it to space after 60 years of fighting for the opportunity.

The project that Wally Funk was a part of in her 20s was also called ‘Women In Space’, but it did not succeed in getting them there. The scheme was abruptly shut down, keeping the women – known as the Mercury 13 – grounded.

Women have always played a massive role in space exploration, but the extent of their contributions has historically been underplayed. Women played crucial roles in the Space Race, but the public generally knows very little about them. Take Edith Gustan as an example – Gustan was ‘a biologist and longtime Boeing employee who conducted research on subjects at the nexus of biology and space travel’, yet her story is nearly nonexistent. Her name can be found on research papers if you really try to dig them up, but a quick Google search still yields less than a full page.

The first woman to go to space was ​​cosmonaut Valentina Tereshkova in 1963 (only two years after ​​Yuri Gagarin, the first man), but it would be nearly 20 years before Svetlana Savitskaya followed in her footsteps and became the first female spacewalker. Many people know Yuri Gagarin’s name, but these two incredible women remain comparatively unfamiliar.

The picture was similar on the ground at NASA: Mary Jackson, Katherine Johnson and Dorothy Vaughan were some of the ‘human computers’ that made the US space mission possible, but they remained behind the scenes as the men who had travelled to space absorbed the applause. There has since been a film about their achievements, Hidden Figures, but it was not made until 2016 when Katherine Johnson was 98.

It’s sadly unsurprising that women were not in the spotlight during the Cold War era Space Race, but it is a shock to discover they remain so underrepresented in the space industry today. Luckily, Organisations such as NASA and UNOOSA are taking steps to make space the inclusive space it has the potential to be.

UNOOSA began a project called Space4Women to promote women’s empowerment in space and ‘ensure that the benefits of space reach women and girls and that [they] play an active and equal role in space science, technology, innovation, and exploration.’ This is part of the UN’s 17 sustainable development goals, namely quality education and gender equality.

‘Space4Women encourages women and girls to pursue Science, Technology, Engineering, and Mathematics (STEM) education and raises awareness about career opportunities and the importance of gender equality and empowerment in the space sector.’

The programme helps women overcome institutional barriers, provides diversity training and incentives to employers, and reviews national legislation to protect women’s rights in the space industry. This work will be absolutely key in increasing the number of women in the industry from 20% of the workforce.

The upcoming Artemis mission will land the first woman and first person of colour on the Moon, marking a historic moment for diversity in the space industry as well as exploring the Moon’s surface with more innovative technologies than ever before.

The Artemis mission aims to inspire a new generation, bringing the excitement of a Moon landing to those who may have never even seen footage of the first. Seeing a woman and a person of colour set foot on the Moon will be incredible, especially for those who never thought they would see themselves represented in such a space. This powerful moment will undoubtedly attract people to the space industry who might never have considered it would be somewhere they could fit.

However, drawing women to the industry is only part of the picture. It is vital that the industry supports women in their roles and created inclusive spaces here on Earth as well as in space. NASA – and the whole space industry – will need to ensure they strive for diversity and equality across the board, not just in their launch capsules.