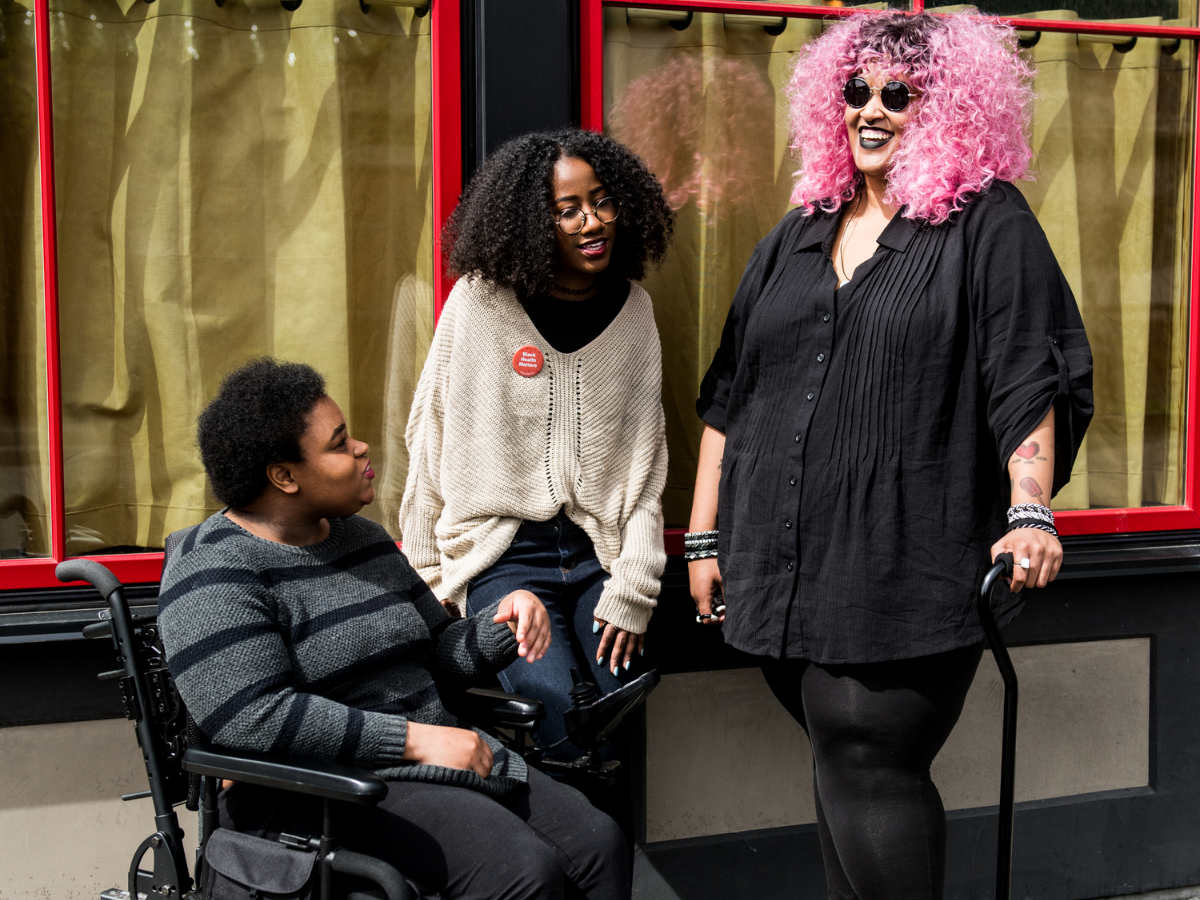 To mark International Pronouns Day 2021, we explore pronouns, their use, and why they matter. Pronouns are as integral to our identity as our names.

Today is International Pronouns Day, a day to raise awareness around pronoun use and help people understand the importance of respecting someone’s pronouns.

Pronouns are used to describe one’s identity, not define it, so everyone’s pronoun preferences will be slightly different. The best way to ensure you get them right is to simply ask ‘hey, can I double-check what pronouns you use?’

Breaking the habit of assumption

The habit of assuming someone’s gender and pronouns is a hard one to break, especially for those who were not aware of non-binary identities growing up. However, ‘​​the very act of making an assumption can send a potentially harmful message – that people have to look a certain way to demonstrate the gender that they are or are not.’

‘I’d always rather someone asks rather than guesses and gets it wrong,’ comments Elli (not their real name). You’d never assume someone’s name – you don’t just go up to someone and decide “you look like a Gary so I’m going to call you Gary and never check if you’re comfortable with that” – so why do we do it with pronouns? I know that’s an absurd exaggeration, but the point remains.’

Normalising sharing pronouns will make people who do not adhere to the binary more comfortable with very little extra effort from everyone else. Listing your pronouns in your Twitter bio or in your email signature may not feel like it’s necessary for you as an individual, but it helps normalise it. If everyone lists their pronouns, transgender people will be more comfortable listing their own as it won’t feel like they are the only ones for whom it’s a necessity.

Even for cisgender people (people who identify as the gender they were born as), listing your pronouns in email signatures has its benefits. For example, I once worked with a woman called Lewis who had only ever exchanged emails with the rest of the company, one day she called another manager and he was shocked to learn she was a woman – because of the spelling of her name he had assumed she was a man for well over a year. (This also reflects on the default male assumption in managerial positions, but that’s a separate argument altogether.)

Some people who identify outside of the gender binary (this includes non-binary and agender people) use they/them pronouns. Other non-binary folks may use he/him and she/they interchangeably. Some non-binary people also choose gendered pronouns, which makes their non-binary identity no less valid. Some people who would like to use a neutral option feel they cannot use ‘they/them’ as the pronoun is so often misunderstood. This wide variety of personal preference showcases how important it is to ask someone their pronouns and not assume based on how you perceive their identity.

The singular ‘they/them’ is often the pronoun people seem to struggle with the most. People will argue that ‘they/them’ is a plural pronoun and therefore cannot be used for one person, this is incorrect. Grammatically, there is no problem whatsoever with using ‘they/them’ to refer to a single person, and there never has been. In fact, the use of ‘they’ to refer to a non-binary person has now explicitly been added to the Marriam-Webster dictionary definition:

You have likely used ‘they/them’ to refer to a single person hundreds of times without realising it. For example, if you were walking down the street and saw someone wearing a funny hat, you might nudge your friend and say ‘look at their hat!’ Or if your friend is telling you a story about their boss, you may ask ‘what did they do next?’

Look back at that second example. Not only was the gender-neutral singular ‘they’ used in the dialogue, but ‘their’ was also used to talk about the theoretical friend. The singular ‘they’ is used all the time when we don’t know the gender of the person in question – we’ve done it many times in this article already.

Respecting someone’s pronouns is just as important as respecting their name. Pronouns are an integral part of someone’s identity and should be taken seriously.