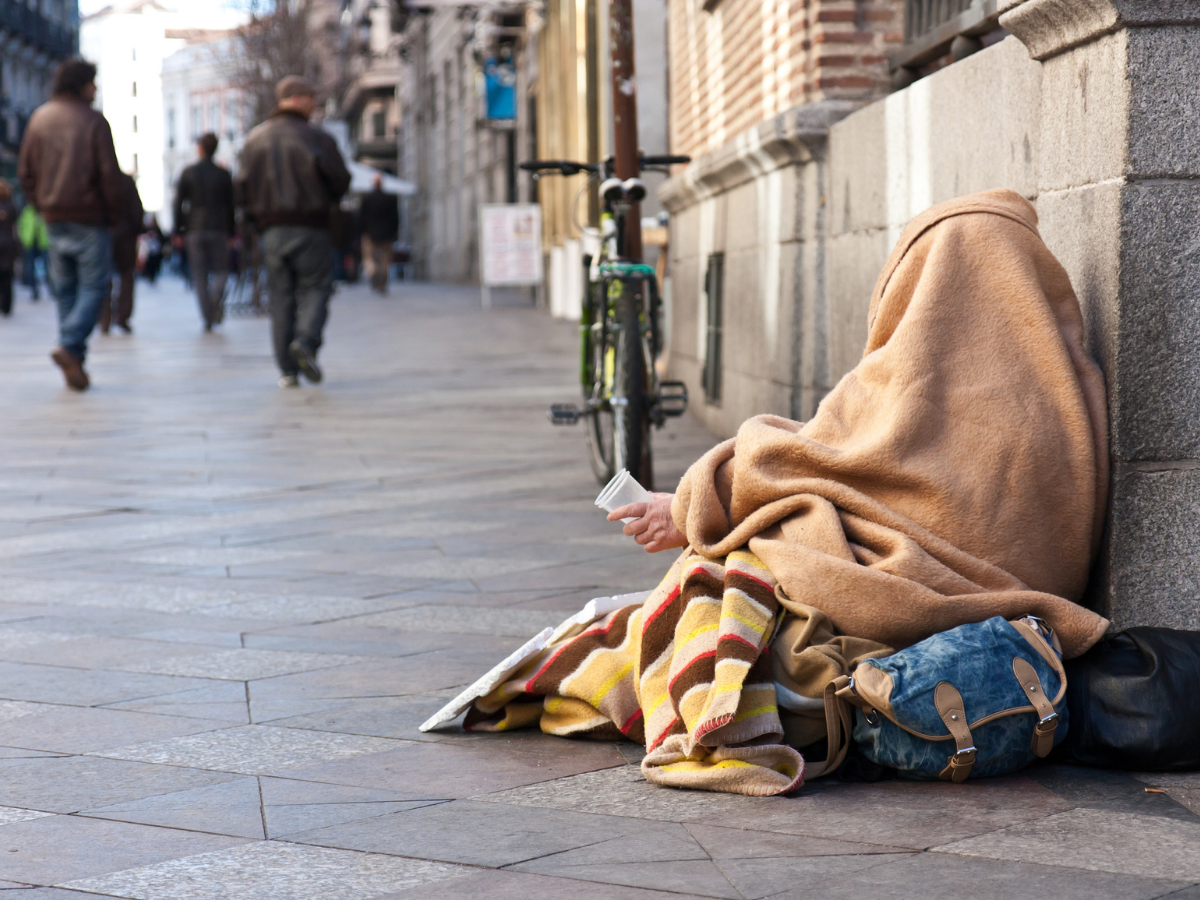 Homelessness On The Rise

There has been a rise in homelessness due to the COVID-19 pandemic, with women and LGBT+ people being disproportionately affected.

Homelessness has been at crisis point for a while in the UK. Crisis estimated around 200,000 people were experiencing homelessness in England in 2020. Besides the rising amount of homeless people, the country’s architecture has been called ‘anti-homeless’, evidenced by the numerous benches and spikes which make it impossible for those who are homeless to sleep on. This anti-homeless architecture is barely noticeable to those who have a home to go back to, however, for people experiencing homelessness, it is quite evident that they are not welcomed. These preconceived negative notions seem like a punishment, almost as if cities and countries were blaming homeless people for being homeless, stigmatising them as too lazy to find a job, in order to justify their lack of housing.

The effect of the COVID-19 pandemic

The Household Resilience Study found that between April and May of this year the percentage of private renters in England who were in arrears increased from the 3% of the previous year to 7%. A research report done by Centrepoint, a homeless charity, also found that some of the key reasons for the increase in homelessness rates were the rise in tenancies ending for private renters and the general lack of affordable housing. Throughout the pandemic these issues worsened to the point that The Dying Homeless Project recorded a 37% rise in homeless deaths in 2020, in the UK alone.

Furthermore, there has been a rise in women being homeless, also due to the fact that they are much more likely to experience domestic abuse compared to men. Between March 2017 and March 2019, out of the cases of domestic homicide that were recorded, 77% of victims were women and 96% of the suspects were male, making this a gendered issue. This abuse leads to women not being able to remain in their homes, having to leave as a way of escaping the abusive environment.

During the lockdowns caused by the pandemic, domestic abuse cases increased and the likelihood of women seeking safe spaces outside of the home has grown. A services manager at the New Horizon Youth Centre, a centre dedicated to young vulnerable and homeless people, reported that the cases of women needing support ‘has pretty much doubled’ since the pandemic. Besides being at risk of domestic abuse, the pandemic has led to more women losing their jobs compared to their male counterparts, demonstrating the negative effects COVID-19 and this recession has had on the fight towards gender equality and women’s financial prospects.

Another contributing factor to the rise of homelessness is the universal credit cuts. To aid people with low incomes during the pandemic, a £20 weekly increase to universal credit payments was implemented. Nevertheless, the scheme officially ended on October 6th. This affects more than 5.2 million people in the UK who have claimed universal credit and are left with the usual salary despite the ongoing global pandemic. The Health Foundation also believes that these credit cuts could potentially worsen the health of thousands of families as well as further widening health inequalities.

In addition, the eviction ban came to an end in May 2021, with millions fearing losing their homes if not able to meet the rent and other housing costs. This is not surprising given the fact that according to The Joseph Rowntree Foundation, around 400,000 renters had already been facing evictions.

The New Horizon Youth Centre stated that in the past year there has been a 20% increase of homeless youth being referred to them. This is due to many young people experiencing violence or abuse or finding themselves in a toxic environment at home, meaning that they need to leave to preserve their mental health and general well-being. Taking this information into account, there is a significant amount of specifically LGBT+ youth who are homeless, often due to family matters such as homophobic or transphobic parents forcing them to find another home outside of the house they had become accustomed to. Akt, a homelessness charity that focuses in particular on providing support for young LGBT+ people, stated that 24% of all homeless youth in fact identifies as LGBT+. In addition, Stonewall found that one in five LGBT+ people have ‘experienced homelessness at some point in their lives’.

During the COVID-19 pandemic, homelessness charities have reported an increasing number of LGBT+ youth in need of help regarding housing. In March 2020, as the pandemic started to spread globally, the UK government asked councils to offer housing to homeless people in order to protect them from contracting and spreading the coronavirus. However, migrants and LGBT+ people were disproportionately left behind, as they did not have the same access to the government’s support.

While the UK government said that it was providing more than £750 million to tackle homelessness in the country, the issue still prevails, especially for women and LGBT+ youth who face additional marginalisation. All these results and statistics highlight how much more support and investment into reducing and ending homelessness is still needed.