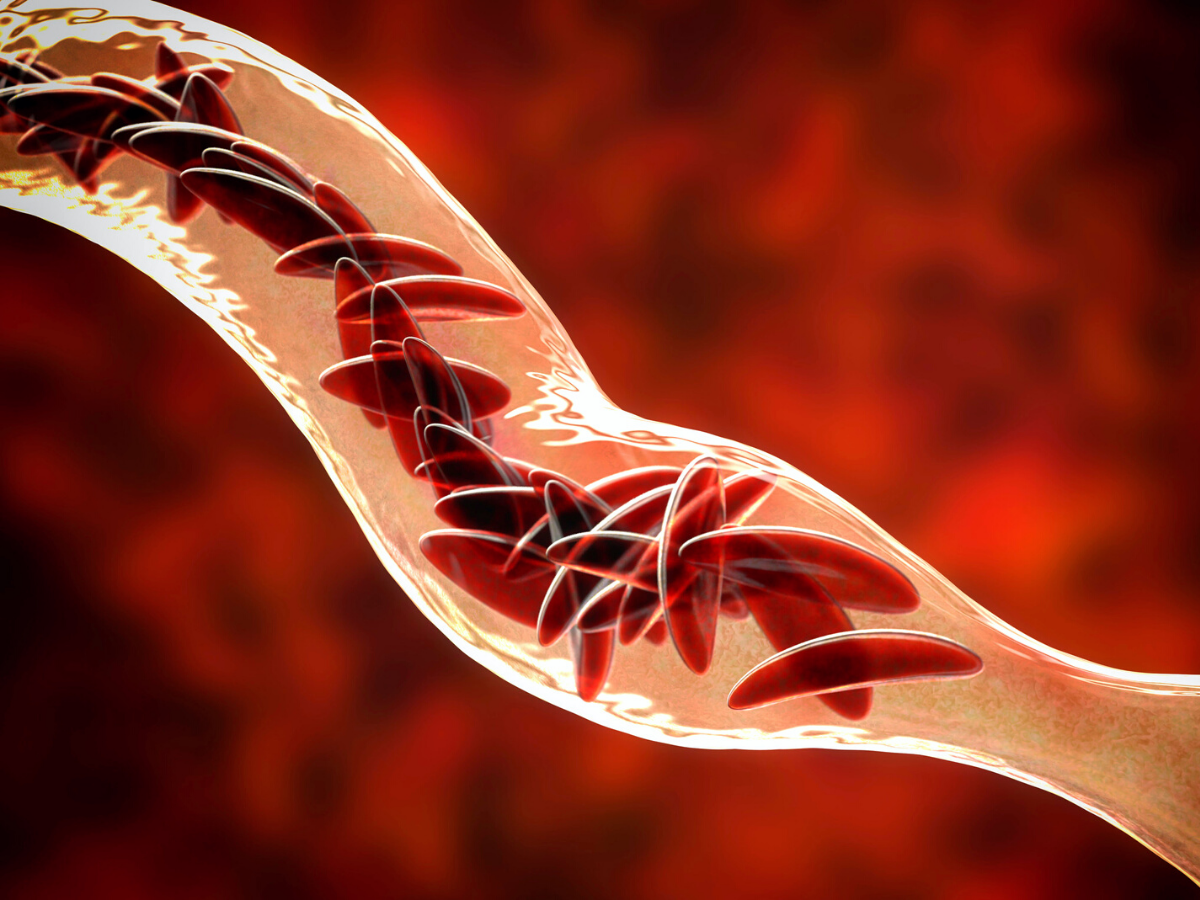 The life-changing drug crizanlizumab has been approved for use in the UK.

Sickle Cell disease affects around 15,000 people in the UK but there has been no progress in treatment for 20 years – until now. Novartis, in collaboration with NICE and NHS England, is making crizanlizumab available to people with Sickle Cell Disease (SCD) in the UK. Over the next three years, crizanlizumab is set to help over 5,000 people.

The drug is delivered by a transfusion drip and works by binding to a protein in the blood cells to prevent the restriction of blood and oxygen supply. It can be taken on its own or alongside hydroxycarbamide to reduce the frequency of Sickle Cell crises.

‘Clinical evidence suggests that people treated with crizanlizumab have significantly fewer sickle cell crises in a year than those receiving other standard treatment options.’

Sickle Cell crises are episodes of extreme pain that often last for days and can lead to potentially life-threatening complications. Those who are over 16 and experience more than one crisis a year – whether these are managed at home or in hospital – will be eligible for the treatment. More than 300 people are expected to receive the treatment in the next year via a Managed Access Agreement.

SCD is often misunderstood by health professionals, with sometimes devastating consequences: Even Nathan Smith died a preventable death in a London hospital because his condition was not properly understood by those treating him. The partnership agreement between Novartis, NICE and NHS England aims to change the picture of SCD care in the UK and transform the country into a centre of excellence for SCD care.

The approval of this innovative drug was driven by the obvious unmet needs of the Sickle Cell community and NICE’s aim of reducing health inequalities. Tackling the UK’s health inequalities is also a major goal for the NHS and Amanda Pritchard, NHS CEO, said:

‘This is a historic moment for people with sickle cell disease who will be given their first new treatment in over two decades. This revolutionary treatment will help to save lives, allow patients to have a better quality of life and reduce trips to A&E by almost half.’

Evidence suggests that crizanlizumab will reduce the number of times sickle cell patients need to go to A&E by two fifths. The Managed Access Agreement will enable the collection of vital real world evidence about SCD, something that has historically been lacking. Gathering real world evidence is vital in progressing SCD research as it holds the key to understanding individual experiences, overall trends, and how new ground might be forged. Thanks to real world evidence gathered from the SCD community, innovative methods of tracking and predicting pain crises are available to support patients alongside medical treatments.

Looking to the future

It is amazing to see this development, but it is a shame that it has taken so long to get here. Hopefully, this is the start of a positive trend in SCD research and treatment. The needs of the SCD community have gone unmet for a very long time, but now that that need is being recognised things will hopefully begin to improve across the healthcare sector.

Novartis, the pharmaceutical company behind the drug the NHS will be offering, has not taken all the credit for this new development and credited the entire sickle cell community for its role:

‘This important partnership agreement enabling patient access to crizanlizumab is the result of positive collaboration between Novartis, NICE, NHS England and the sickle cell community.’

This development will also indirectly benefit other rare diseases. Rare diseases are collectively common, affecting 1 in 17 people in the UK at some point in their lives. Despite their deceptively common nature, they are massively under researched. The Innovative Medicines Fund (IMF), announced by Sir Simon Stevens in his last weeks as NHS CEO, was designed to change this. The IMF enables the fast-tracking of innovative medicines, releasing them to those who need them as soon as possible. This release of crizanlizumab will highlight the importance of the IMF and can help inform the implementation of the fund in future.

What crizanlizumab will mean for longer-term outcomes is yet to be seen, and NICE looks forward to seeing what the data they collect will uncover about its benefits for the future.