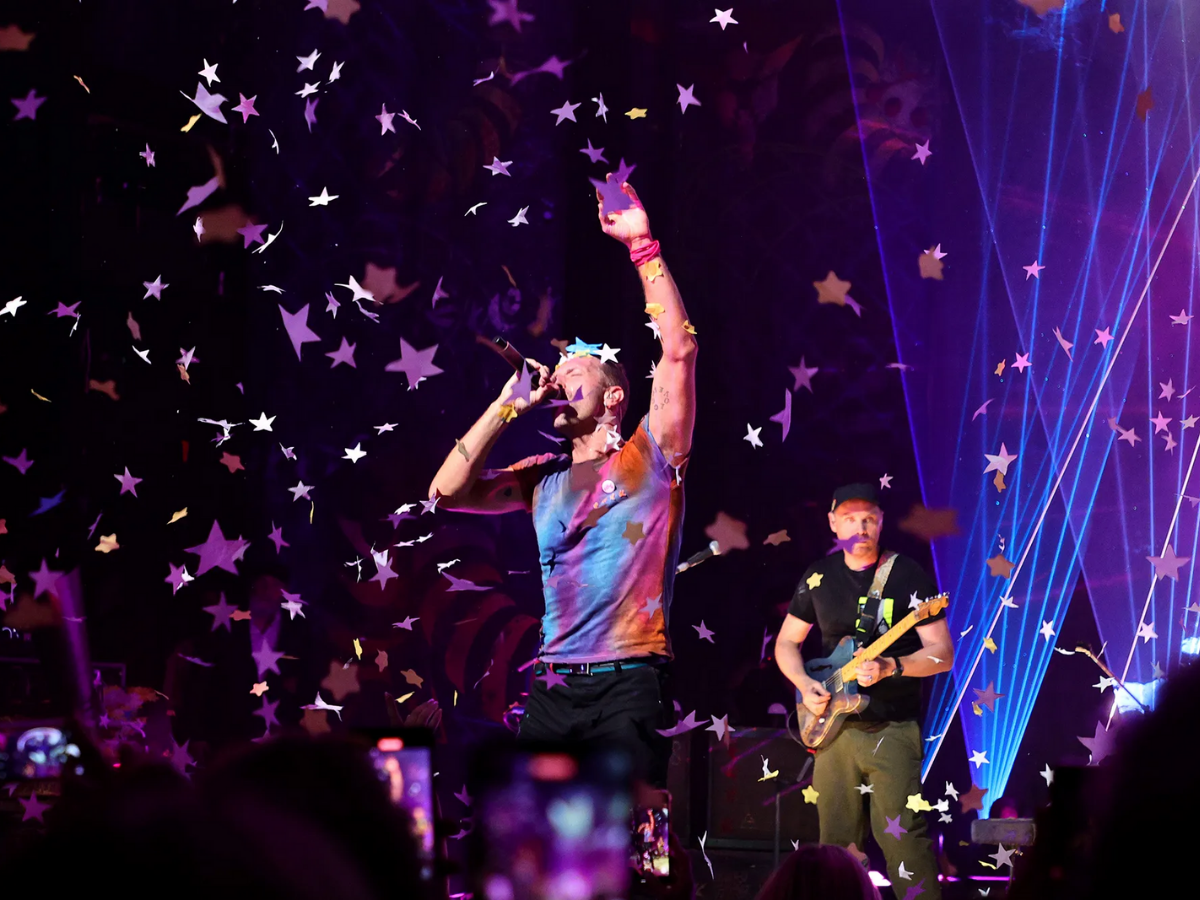 Concert tours undoubtedly generate a great amount of carbon emissions. From stage effects to food and beverages served, merchandise, as well as travel for fans, sets, and artists, there are a myriad of factors to take into consideration. Because of this, tours have been touted as ‘brutal on the environment’. However, artists have recently shown greater regard for ecologically friendly practices. In recent news, Coldplay has announced that they will be making eco-friendly strides on their next world tour.

This news comes after the band announced that they will not be touring until they find a more sustainable way two years ago, in an effort to reduce their carbon footprint.

One of the ways this will be done is through “kinetic flooring” – wherein electricity is generated from fans jumping up and down on the dance floor. In his interview with the BBC, lead singer Chris Martin said:

A tree will also be planted for every ticket sold. Their last 2016-2017 tour attracted over 5.4 million people. In addition to this, solar energy, recycled cooking oil from local restaurants, as well as mains from 100% renewable sources will be used. Additionally, the set design will utilise environmentally-friendly materials, and audiovisual equipment will be energy-efficient.

In their 12-part sustainability plan, the band announced:

‘We pledge to cut our direct emissions by 50% compared to our previous tour (2016-17), and work with our partners and suppliers to reduce their impacts and emissions wherever possible. For remaining CO2 emissions we are creating a carbon fund for the drawdown of carbon via nature- and technology-based solutions.’

Martin also admitted that there are many parts of touring that still require energy consumption.

‘In some areas, there’s still not enough possible, like how do you get people to a venue without consuming any power? That’s still really hard. Or flying – there’s still a lot of offsetting we have to do, because even sustainable aviation fuel isn’t good enough yet. So we know where we still have a long way to go. But in terms of the show itself, the whole show is powered from renewable energy, which is amazing.’

It is difficult to work out how much energy will be generated by fans, though the Paris Marathon, which involved 40,000 runners generated 7 kWh, which would only produce about 2-3% of the electricity needed for a concert of that size.

Additionally, the band will be using planes with sustainable aviation fuel, which can produce 60% fewer emissions. However, compared to taking a Eurostar train for a short-haul Europe flight, it would still produce 17 times more emissions.

What other actions have been taken to green concerts?

Other artists have tried to minimise the impact of their tours. Radiohead has their gear sent by ship instead of airfreight and utilises biofuel-powered tour buses, Sheryl Crow neutralised nearly 1.5 million pounds of Co2, and Dave Matthews managed to retroactively neutralise the carbon footprint of its entire touring career. Another form of artist support lies in their public sponsorship and donations to charities supporting the environment.

REVERB is also a great initiative for an environmentally friendly music industry. As a 501c3 nonprofit that supports ecological and social issues, it has spearheaded the adoption of green behaviour through collaborations with venues, music festivals, and artists. Some measures taken include eliminating disposable plastic, volunteering for community work, supporting nonprofits, coordinating food from local farmers, composting and donating food waste, and use of sustainable biodiesel. Illustrious artists such as John Mayer, Harry Styles, and Fleetwood are amongst their 200 partners.

Although these causes and actions are noble, and definitely help reduce the devastating effects of concert tours, they do not guarantee that carbon footprints are offset. It is especially difficult with the uncalculated impact fan travel has on this – music enjoyers may fly from across the world to witness large concerts and festivals, such as Brazil’s Rock in Rio or the US’s Coachella.

Is it possible to have an environmentally-friendly concert?

Although the aforementioned festivals, as well as most that take place, have yet to offset the carbon emissions they produce, it was found that Glastonbury had a net positive impact on the environment. With -1,278.018 tonnes of CO2e being produced, it is surprisingly environmentally beneficial. If they did not go to Glastonbury, in five days, the 200,000 concertgoers would produce 27,397.26 tonnes of CO2e. Though they produce 2,000 pounds of waste per year, Glastonbury offsets its footprint through the planting of trees. Festival grounds are also plastic-free, and half of the rubbish produced is either reused or recycled. Additionally, renewable energy is partly used. They have also donated a portion of profits to pro-climate charities. This is incredibly impressive considering that there are 2,800 performances occurring within the span of five days.

As exemplified by Glastonbury, there are many measures that have to be taken by event organisers, artists, and fans to ensure that concerts are as green as possible. It is entirely possible to create music experiences that not only benefit concertgoers and musicians but support the fight against climate change. More pressure and legislative measures must be placed on organisers to combat environmentally harmful practices. Fans must also try their best to travel to concerts on public transport, or as locally as possible.

Although bands such as Coldplay may experience backlash for their sustainability plan as the emphasis is placed on the things they are doing wrong instead – like utilising private jets – we must understand that these new measures are a step in the right direction. Similar plans must be normalised and implemented on a greater level to the point where it becomes the standard in the journey towards a greener, more sustainable future.