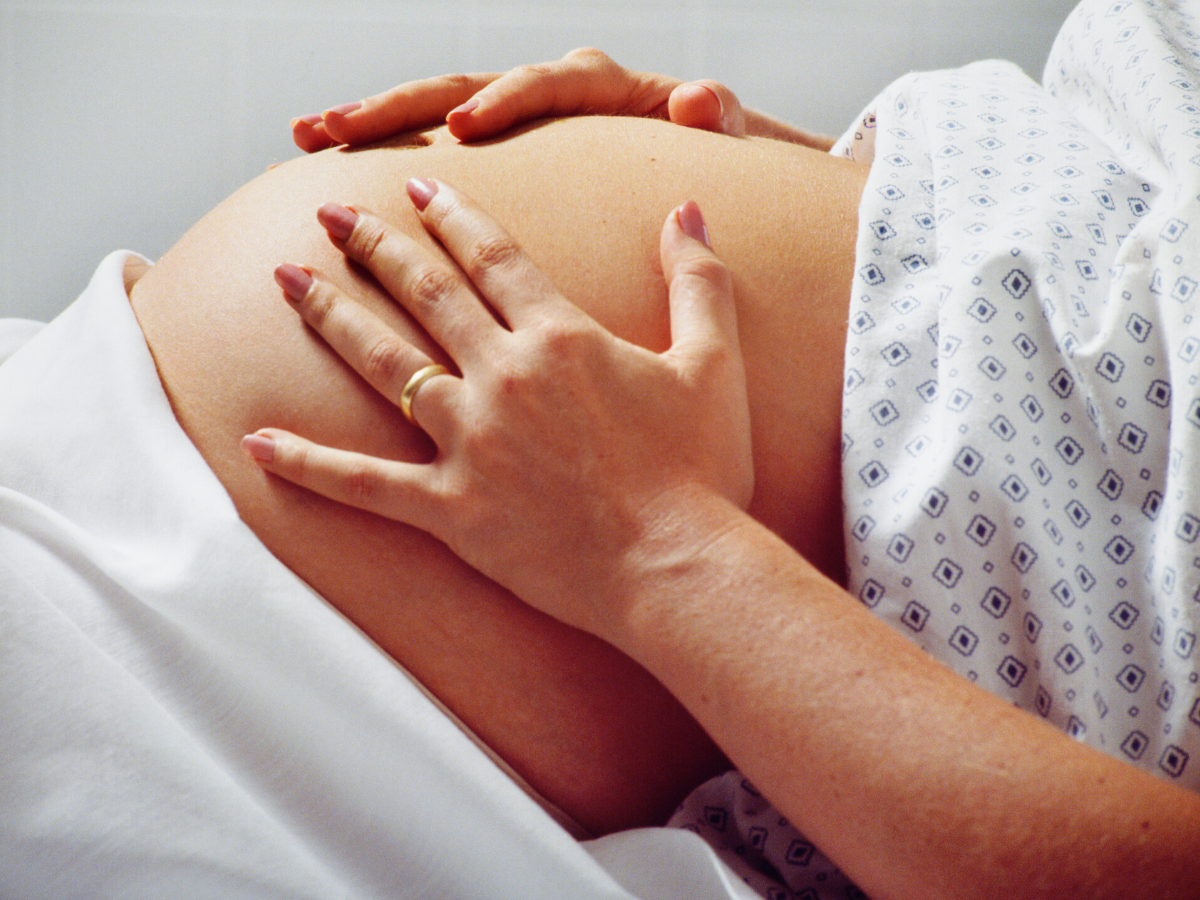 It comes following months of misinformation and confusion about the safety of the COVID-19 vaccine for expectant mothers.

A new study released by the NHS has found that unvaccinated pregnant women account for 17% of patients receiving treatment through a lung bypass machine. It also finds that pregnant women make up almost a third of all women in intensive care between the ages of 16 and 49 – a 26% increase from the start of the pandemic.

‘It is absolutely understandable that pregnant women have questions and hesitations about vaccinations,’ said Sarah McCullen, Director of Impact and Engagement at the National Childbirth Trust, ‘we’ve been extremely disappointed to hear of so much misinformation and confusion about the vaccination programme and so little focus on what’s needed to keep vulnerable groups safe as the restrictions have eased’.

Health and Social Care Secretary Sajid Javid has urged pregnant women to get their vaccines, stating that the figures are ‘desperately sad’ and that ‘this shows just how important it is that expectant mothers get the vaccine to keep themselves and their babies safe’.

Pregnancy does not weaken the immune system per se, but it does facilitate immune adaptations to establish, maintain, and tolerate the fetus. These changes, along with a significant increase in strain on many vital organs such as the heart and lungs, make pregnant women more susceptible to viral infection in general and more likely to experience serious side effects.

Vaccine uptake in pregnant women should be extremely high. However, high levels of vaccine hesitancy are no surprise. Since the vaccine rollout began the guidance given has been inconsistent, leading to misinformation and confusion. Initial Joint Committee on Vaccination and Immunisation (JCVI) guidance in December 2020 advised against pregnant women getting the vaccine, stating that ‘there is insufficient evidence to recommend routine use of COVID-19 vaccines during pregnancy’. Whilst this is understandable from a scientific viewpoint, it presented a breeding ground for conspiracists and anti-vaxxers to disseminate false information about the potential impact of the vaccine on pregnancy.

As data from the US emerged in April 2021 showing that 90,000 pregnant women had been vaccinated without any safety concerns, the JCVI reversed their guidance. Instead encouraging pregnant women to receive their vaccination at the same time as the rest of the population – based on age and clinical risk group.

However, this reversal led to confusion and malaise over receiving a vaccine when pregnant, particularly with healthcare officials. The campaign group Pregnant Then Screwed said it had been inundated with stories of mixed messages from healthcare officials, with one woman recalling a midwife discouraging her from taking the vaccine, saying ‘probably don’t want to risk another thalidomide situation by having the vaccine’.

The high level of vaccine hesitancy among pregnant women is arguably a product of insufficient research and data into the short and long term impacts of the vaccine from the beginning of the vaccine rollout.

‘The hesitancy among some pregnant women hasn’t been helped by the fact that we didn’t do any research right at the beginning on pregnant women’, said Dr Jo Mountfield, vice president of the Royal College of Obstetricians and Gynaecologists.

The rush to catch up and understand whether the vaccine had any harmful effects on pregnant women allowed months of misinformation to spread. More importantly, it meant a highly vulnerable demographic did not have access to the vaccine. Even following the JCVI reversal, pregnant women remained the only vulnerable group not prioritised for the vaccine and had difficulty accessing clear information about which vaccine to have and how to book the correct one.

This is not the first time policymakers have treated pregnant women as an afterthought, and it most likely won’t be the last. The heightened risk that COVID-19 poses to expectant mothers were largely overlooked in Parliament and Whitehall when devising COVID-19 policy, with Pregnant Then Screwed finding that three-quarters of pregnant women in the UK felt anxious about the easing of coronavirus restrictions. Similarly, at the height of the pandemic, stringent COVID-19 restrictions in maternity services meant women had to give birth alone – something Birthrights, a leading maternity care charity, has labelled ‘inhumane’. The lack of acknowledgement and willingness to address these issues represents a key weakness in the British policymaking process.

Lessons to be learned

The large gap in research and information regarding the safety of the vaccine in pregnant women has now been filled. There is a wealth of research into the long term effects of the vaccine, both on mother and baby, with an overwhelming finding that the vaccine is an extremely safe and effective option for expectant mothers at all stages of pregnancy.

There is now widespread encouragement for pregnant women to receive the vaccine to ensure themselves and their newborns are protected. Open dialogue and clarity will be required to ensure this information can be accessed, understood, and actioned.

However, this should be a lesson to the government and policymakers. It should highlight that pregnant women need to be considered a priority, rather than an afterthought, in policymaking. Similarly, academia must ensure pregnant women are included in the original design, making them visible in data, rather than trying to play catch up.