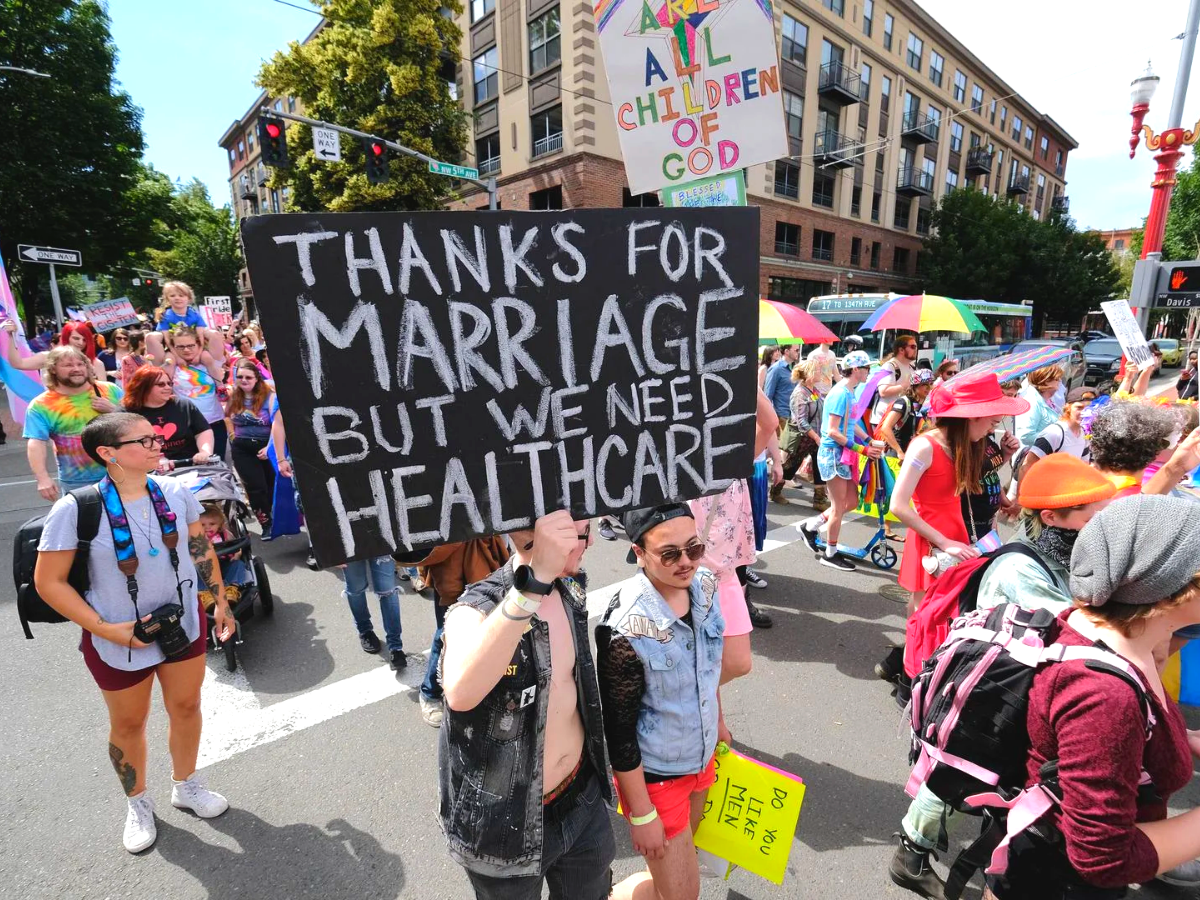 Lvndr: the Sexual Health Platform for the LGBTQ+ Community

This is a major win for the LGBTQ+ startup community as LGBTQ+ founders are notoriously underfunded. In fact, ‘Backstage Capital estimates that less than 1% of fundraising goes to LGBTQ+ founders and that 23% of them choose to deliberately hide their sexual orientation during the fundraising process.’

Co-Founders Christopher El Badaoui and Araxie Boyadjian spotted a hole in the healthcare market that needed urgent attention. According to survey results from Stonewall, 1 in 7 LGBTQ+ people (14% of the 5,000 respondents) avoid seeking healthcare for fear of discrimination from staff. Further statistics from this survey are alarming:

‘Of those who do seek support, one in eight (13%) have experienced some form of unequal treatment from healthcare staff because they’re LGBT. A quarter of LGBT people (25 per cent) also faced a lack of understanding of their specific health needs; a figure that rises to 62 per cent for trans patients.’

And, shockingly, almost 1 in 4 respondents had ‘witnessed negative remarks about LGBT people from healthcare staff while accessing services.’ In light of these negative comments, some LGBTQ+ groups have created their own databases of safe clinics and staff members to protect one another from unaccommodating staff. Lvndr co-founder El Badaoui notes that LGBTQ+ people will often travel long distances to services where they know they will be safe, but this isn’t always possible. Lvndr strives to make LGBTQ-friendly care accessible to everyone who needs it, no matter where they are.

Lvndr’s first partnership is with Sexual Health London, to provide medical adherence help for PrEP users – PrEP is a medication taken to help prevent HIV. Through collaborations with providers across the UK, Lvndr’s ultimate aim is to provide LGBTQ+ people with ‘a full platform of remote sexual healthcare, including online consultations with specially trained clinicians, remote STI testing and medication, PrEP and potentially things like HRT (hormone therapy).’

‘What we want to do is focus initially on the UK, expand to Europe, and bring it full circle to countries like the Middle East, which is where we’re from, and Southeast Asia,’ says El Badaoui. ‘It’s about identifying those countries that are in dire need of these types of services and support. So we’re in it for the long game, and our vision is really to deliver something that transcends borders, especially in countries where it’s illegal to be who you are, as an individual.’

Although the UK may have initially struck you as somewhere that is in urgent need of LGBTQ+ healthcare reform, the NHS still has a long way to go in supporting LGBTQ+ people.

For LGBTQ+ people, their access to care and the quality of care they receive is massively impacted by external perceptions of their incredibly personal experiences. Few services are available that truly meet their needs – that is, until Lvndr. The NHS is aware of the negative impacts current LGBTQ+ healthcare has on patients:

‘The evidence that LGBT people have disproportionately worse health outcomes and experiences of healthcare is both compelling and consistent. With almost every measure we look at LGBT communities fare worse than others. This is unacceptable, and we need to increase our efforts to address these health inequalities.’

The NHS is working to address these inequalities, but progress is slow. Waiting lists for Gender Identity Clinics (GICs) are alarmingly long and are being worked through at an unacceptably slow rate – The Laurels, one of seven GICs in the entire country, only saw two new patients last year with some people waiting 6 years for their first appointment.

Gender affirming care has been increasingly difficult to access after the Bell v Tavistock case where Keira Bell took her GIC to court for prescribing her puberty blockers when she was at an age she believed was too low to consent. Initially, she won. This had huge effects on young transgender people around the UK as they could not access this affirming treatment. Thankfully, the ruling has since been overturned. Puberty blockers delay the onset of puberty, giving transgender children more time to explore their identity. Their effects are fully reversible and puberty will continue once the use of blockers is halted.

LGBTQ+ people can feel like they’re playing Russian Roulette when they speak with new health providers. Some people will avoid moving house in order to stay in the catchment of a good GP – or move in order to leave a bad one. Having access to Lvndr wherever they are would be life-changing for people who struggle to find LGBTQ-friendly care.

Approaching things such as periods is incredibly tough for transgender individuals, and is something that is exceptionally uncomfortable to bring up to unsympathetic providers. To help expand the conversation around people who bleed beyond the binary, Lvndr is collaborating with period and cycle care company Ohne.

Lvndr is making huge steps towards creating an inclusive and supportive model of sexual healthcare. Having received £1.5million in seed funding whilst their app is still in early access, Lvndr is certainly one to watch.