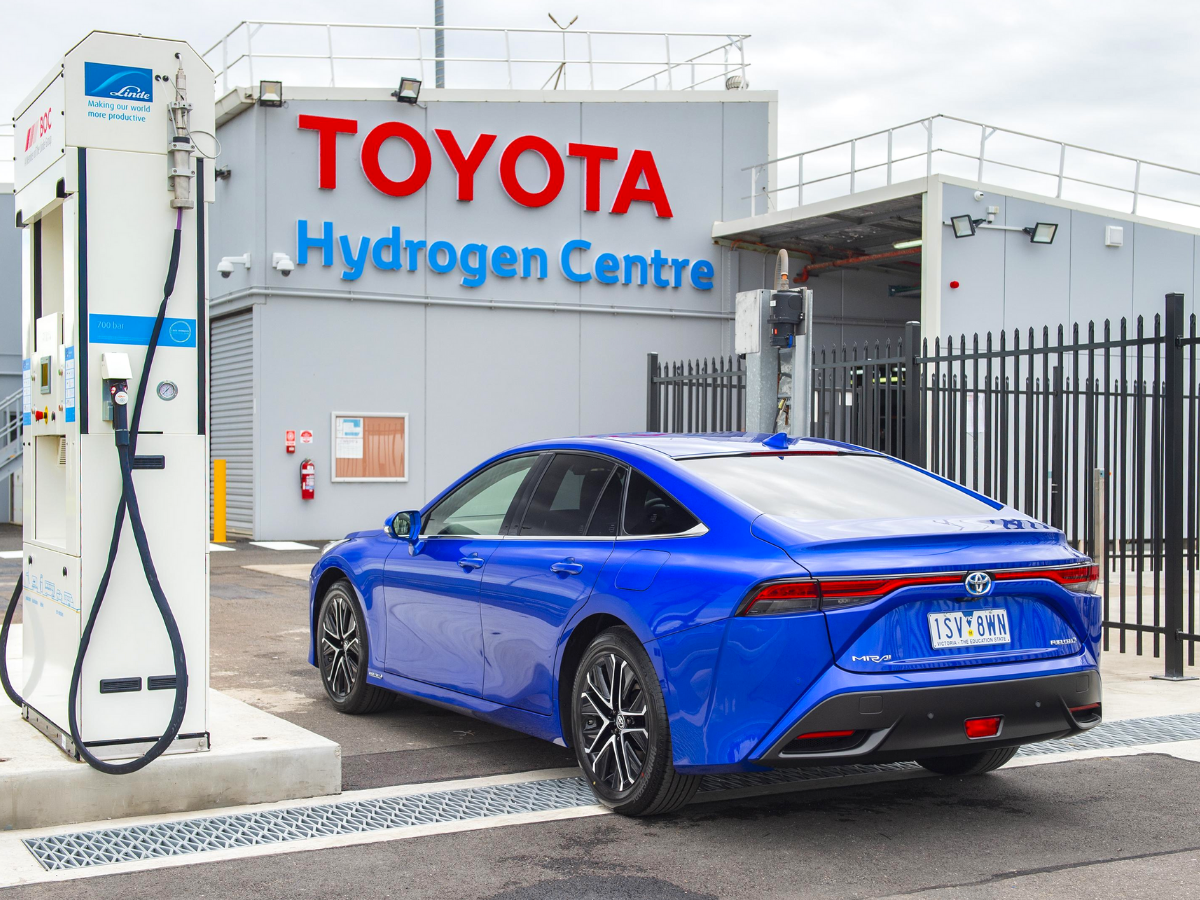 Hydrogen Cars: Are They On The Horizon?

German auto giants are hedging their bets on hydrogen-powered cars.

Audi and BMW are turning their attention to hydrogen technology which they see as the future for the automotive industry. Both are currently developing hydrogen fuel-cell passenger vehicle prototypes alongside their usual fleet of cars. In May, Germany invested more than €8billion into large-scale hydrogen projects.

The recent trend in the automotive industry is towards cars powered by electric batteries. Car companies want to cut down on the use of fossil fuels.

In Germany, the political climate is becoming ever greener. Later this week, Germany will go to the polls to elect a new chancellor, marking the end of the Angela Merkel era. The Greens are growing in popularity, raising the distinct possibility of a three-party coalition involving the Greens. Should this happen, the party is likely to promote hydrogen technology.

BMW is hoping to bring a hydrogen-powered vehicle to market by 2030. In 2022, the car giant is to build a test fleet of around 100 cars. BMW’s vice president and director of the hydrogen fuel-cell car programme, Jürgen Guldner, outlined his expectations for hydrogen power:

‘Whether this (technology) is driven by politics or demand, we will be ready with a product. We’re on the verge of getting there and we’re really convinced we’ll see a breakthrough in this decade.’

The parent company of Audi, Volkswagen, is also ploughing resources into hydrogen vehicles. Audi has already assembled a team of 100 mechanics whose focus will be hydrogen fuel cells.

How do hydrogen cars work?

In short, the cars use hydrogen fuel cells in place of petrol, diesel, hybrid or electric power. The cars bear closer similarities to electric vehicles as there is no internal combustion mechanism. The fuel cell uses hydrogen to generate electricity.

The cars are fuelled by using a hydrogen pump. The hydrogen is fed into a secure container. The fuel contains a positively charged anode and a negatively charged cathode.

When the hydrogen interacts with the anode and cathode, a chemical reaction takes place. The hydrogen atoms split into protons and electrons. The positively charged protons turn into pure water whilst the electrons provide the power for the electric motor.

Since the only byproduct of the chemical reaction is water, hydrogen cars are environmentally friendly. They have a similar carbon footprint to electric cars. However, they have the advantage of being able to travel further than an electric car on a single fuel load.

Are there any drawbacks?

The other knock against hydrogen cars is the cost. Before German car companies announced that they were returning to hydrogen fuel, there was a sense that the manufactures were moving away from hydrogen technology.

Only Hyundai and Toyota maintain a presence in the market. At present, the Hyundai Nexo hydrogen vehicle costs more than £68,000. Toyota’s Mirai is cheaper but still cost more than £54,000.

At the beginning of September, Hyundai announced that it intended to become the first manufacturer to produce only battery and hydrogen-powered cars. This change should come into action in 2028. However, the company will need to cut the cost of its hydrogen car significantly.

Hyundai has promised to slash prices by as much as 50% to reach its goal of net carbon neutrality by 2045. Such a move would help to increase the accessibility of hydrogen cars. However, a lot needs to happen before the general public can have access to hydrogen cars.