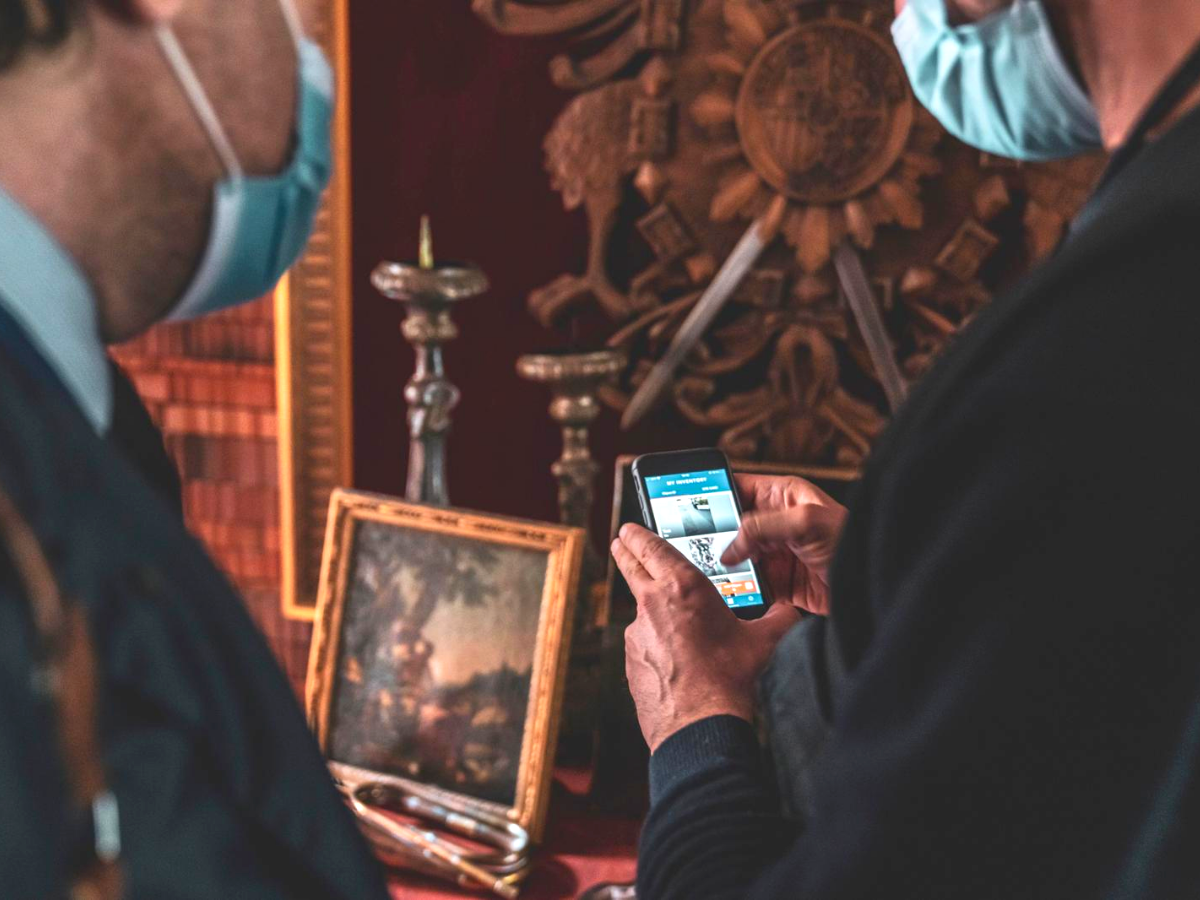 Unlike any other illicit trade, looted antiquities are particularly difficult to identify. Drugs, weapons, and other contraband are quite visibly distinguishable, but cultural items can easily be passed off as copies or legal imports when paired with convincing enough documentation. It takes an archaeologist or art historian to discern the legitimacy of a piece, which is a problem – law enforcement simply does not have access to such consultation.

Due to this, the German government is in the process of creating a smartphone application to help these individuals with their job. Named KIKU, the app utilises artificial intelligence – particularly machine learning – to scan images and resolve whether they are illegally excavated from an archaeological site.

Comparable to Google Cloud’s Vision, the app will require law enforcement to take images of the object from several angles, as instructed by the app. These pictures are then sent through KIKU’s deep-learning network, searching for similar artefacts and information such as place and date of origin. Additionally, the pictures are compared to police databases which contain images of stolen cultural property. Interpol’s alone has more than 52,000 stolen objects from 134 countries. If there is a match, KIKU will alert the user.

Having been funded £429,000 by the government, the app is currently being developed by The Fraunhofer Institute, in collaboration with CoSee, a Darmstadt-based software company.

Borne out of ILLICID, a government-funded project that sought to map the trade of cultural items in Germany, the report stated that: ‘It is not currently possible to efficiently monitor the trade or to appropriately enforce existing and/or new due diligence requirements governing the handling of ancient cultural objects.’ From this, it concluded that tools were required to ‘significantly relieve the burden on customs authorities, experts and investigatory agencies’.

The app is specifically directed towards identifying authentic artefacts, but not forgeries. More data is still needed to make the algorithm more accurate.

Art and antiquity looting has prevailed throughout human cultural history, all the way back to ancient times. In times of colonisation, this was justified through a ‘rescue narrative’, as stealing was only bringing things ‘where they belong’, saving them from possible destruction.

Cultural artefacts make up the identity, history, and values of the groups they come from. The looting of these objects has historically come out of a power struggle, such as the Romans with the Ancient Greeks, Napoleonic conquests throughout Europe, or most recently the Nazi lootings during WWII.

Visions of this still remain in modern museums, particularly within the British Museum, where most of the objects displayed are of questionable origin. This has been a point of contention for many, as the rights to the pieces cannot simply be given back to the country of origin, as with time, and historic transactions, the concept of ownership has become blurred. Generally, museums are not keen on paying for provenance, nor on losing key pieces from their tourism-worthy collections.

Nowadays, plundered art cannot be sold to museums, as there are strict laws against this. Items are now more often sold for personal gain to private collectors through the black market. Pieces can also be held for ransom. During international lockdowns, Syrian cultural heritage sites have also been robbed, with the wares being sold on Facebook.

In 2020 alone, 56,000 cultural goods were seized from 31 countries, Interpol found. It was also reported that after arms and drugs trafficking, the attainment of illegally acquired cultural artefacts ranks third in global organised crime, with Munich being one of the international hotspots for this.

The pandemic has accelerated the digitisation of cultural artefacts. With museums being shut down internationally for months on end, institutions have sought to bring their collections online, raising cultural awareness and interest.

Digital exhibitions with augmented reality (AR) eliminate geographical borders, and allow art lovers worldwide to enjoy content they may not have been able to access prior, making for a more interactive information exchange.

Along with this, cultural capital has become more democratised – as museums were a place for the elite in the past, they have gradually become open to those who can afford to travel to these institutions. This is furthered now as institutions transition to the virtual sphere, They have become more accessible than ever – no travel nor payment necessary.

Scans of historical artefacts make it possible for holograms to be projected and displayed wherever, and whenever, completely restructuring art and artefact distribution. Supporters of this say that this preserves integral objects that are physically vulnerable to the elements.

Technology has also allowed for the creation of new worlds from older art, such as virtual reality (VR) scenes of Vincent van Gogh’s Starry Night or Edvard Munch’s The Scream.

Questions of forgery and imitation are also hotly debated in the age of digital reproduction. Computer renderings may be completely identical, though its physical aura, its tie to history and place completely dissipates in the process. Regardless, the intertwining of technology and culture has become increasingly prevalent and pertinent in the present day.

KIKU is one of the many tools that have arisen in recent years dedicated to preserving art and cultural history. The current technology we have has unlimited potential and must be harnessed to fill the knowledge gaps for occupations that require added information. Though it will not eliminate the need for industry specialists, it will ensure an added level of protection for the most vulnerable, historically-rich objects that make up the fabric of human history.