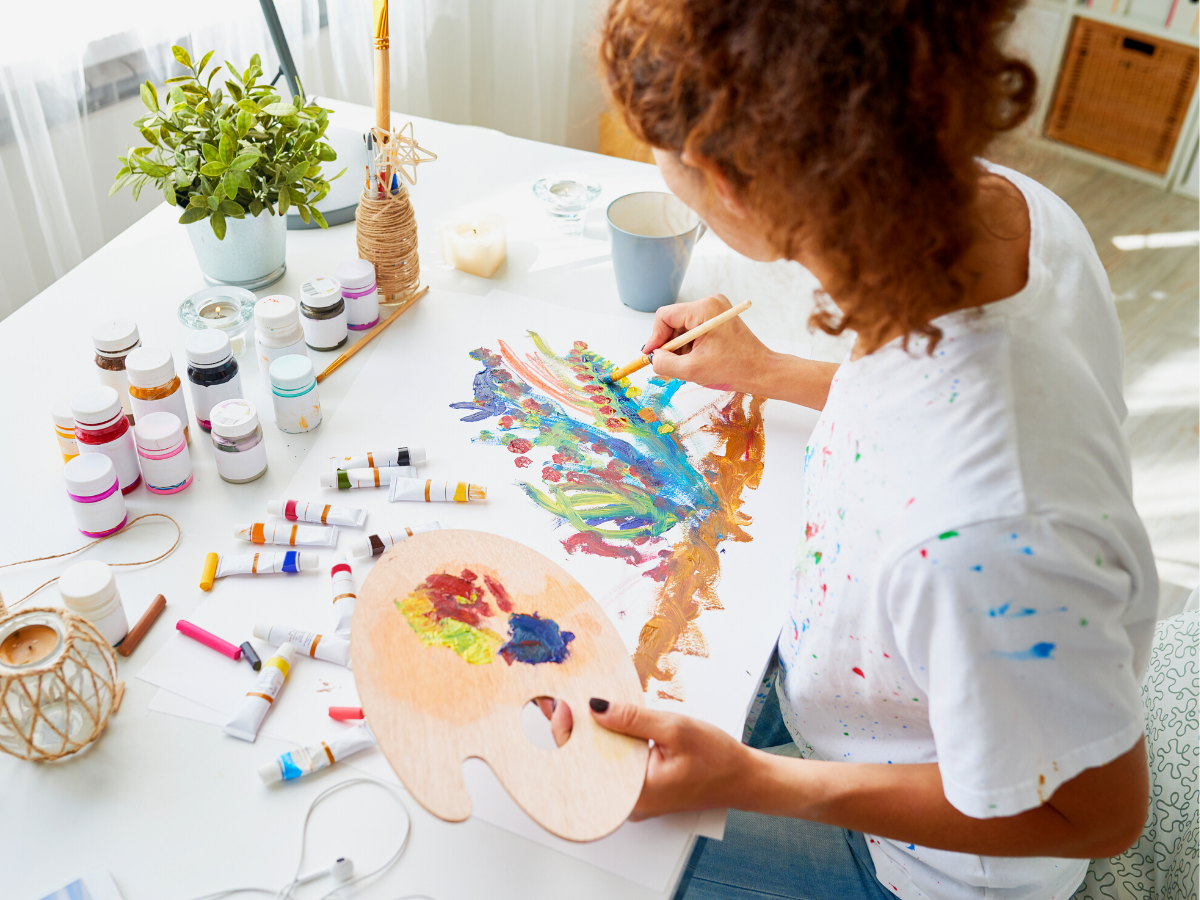 A study conducted with the help of deep-learning algorithms discovered that the revered creatives have two things to thank for their hot streaks: exploration and exploitation.

Creativity has long been considered an altogether abstract and unpredictable yet human trait. Now, a new study has brought scientists one step closer to fully understanding it. The recently published paper written by researchers at the Kellogg School of Management at Northwestern University revealed that a bout of ‘exploration’ followed by ‘exploitation’ of craft is the creative technique that many great artists and scientists have utilised to drive hot streaks at the height of their careers.

Mining big data containing information about creatives such as artists, film directors, and scientists using artificial intelligence, it was found that this is a ‘magical formula’ that results in famous individuals’ back-to-back hits.

These people explored through the studying of diverse styles or topics, and then immediately followed this with exploitation, as they focused on a narrow area and developed deep expertise.

‘Neither exploration nor exploitation alone in isolation is associated with a hot streak. It’s the sequence of them together. Although exploration is considered a risk because it might not lead anywhere, it increases the likelihood of stumbling upon a great idea. By contrast, exploitation is typically viewed as a conservative strategy. If you exploit the same type of work over and over for a long period of time, it might stifle creativity. But, interestingly, exploration followed by exploitation appears to show consistent associations with the onset of hot streaks.’

Prior to this study, Wang and his colleagues released a 2018 paper detailing and proving the existence of hot streaks in artistic, cultural, and scientific careers. Defined as a ‘specific period during which an individual’s performance is substantially better than his or her typical performance’, Wang felt that he wanted to further study this, and specifically how such eminent periods come to be.

During a visit to the Van Gogh Museum in Amsterdam, Wang found a clue. Van Gogh’s artistic breakthrough occurred from 1888-1890, the era during which he created his most renowned pieces, such as The Starry Night, Sunflowers, and Bedroom in Arles. As one of the founders of the Impressionist movement, this is when his work came into its own, diverging from the more realistic pieces that came before. His colour palette shifted to bright, vivid pigments as opposed to the duller, earth tones he used before.

Wang said: ‘If you look at his production before 1888, it was all over the place, it was full of still-life paintings, pencil drawings and portraits that are much different in character from the work he created during his hot streak.’

Jason Pollock was another artist named for the significance of his hot streak. Though he is most known for his ‘drip technique’, he explored the art genres with surrealist paintings of humans, animals, and nature. 1947-1950 was the time period wherein all his most popular abstract drip paintings were created.

How was the study conducted?

The recent study utilised computational methods from deep-learning algorithms and network science. Developed by Wang and his team, these were applied to extensive datasets which included the career outputs of artists film directors, and scientists.

There are many definitions of creativity, including problem-solving, exemplary output in the arts, or even simply the production of something ‘new’ and ‘valuable’. In this case, creativity is measured by the external validation and success of the art piece, film, or research project.

The team used image recognition algorithms to mine data from 800,000 visual arts images spanning the career histories of 2,128 artists, which were collected from museums and galleries.
In the case of film directors, datasets were collected from the Internet Movie Database or IMDb. This contained 79,000 films from 4,337 directors.

Lastly, for scientists, 20,040 career histories were analysed through a combination of publication and citation datasets harvested from the Web of Science and Google Scholar.

Hot streaks were quantified through the impact of works produced measured by price at auction, IMDb ratings, as well as number of academic paper citations. Afterwards, the team ‘correlated the timing of hot streaks with the creative trajectories of each individual’. These creatives’ careers were analysed four years before and after the hot streak, as Wang and his colleagues observed how the individuals’ works changed at the start of their hot streak.

Wang summarised: ‘We were able to identify among the first regularities underlying the onset of hot streaks, which appears universal across diverse creative domains. Our findings suggest that creative strategies that balance experimentation with implementation may be especially powerful’

Why is this important?

‘This knowledge can help individuals and organizations understand the different types of activities to engage in — such as exploring new domains or exploiting existing knowledge and competencies — and the optimal sequence to use in order to achieve the most significant impact’.

This study allows the necessary conditions to be emulated by institutions for its creatives to thrive. A greater understanding of the circumstances necessary to achieve scientific breakthroughs or create artistic masterpieces may lead to a creativity 2.0 – as opposed to erratic, uncalculated, and spontaneous behaviour, best practices for developing research studies, filmmaking, or painting can be applied to optimise output.

Additionally, this understanding of creativity may be an exceedingly important addition to Computational Creativity (CC) research. Once again, creativity – particularly extraordinary, mark-making big-C creativity – has been labelled as entirely human, as the mark of genius and something that cannot be replicated. With the digital replication of neural networks, many scientists hope to emulate human creativity beyond mere pastiches of past human artists. Perhaps this can be done through training supervised algorithms on datasets to explore different styles of problem-solving or art, and programming them to exploit the path that makes the most sense to humans, resulting in the most creative robots.

Studies such as this may prove that creativity is not a nebulous essence, that it is not genetic, nor limited to the hyper-intelligent genius, but can be mapped and quantified. With further research, scientific guidelines may give rise to a more creative and innovative breed of artists and scientists.