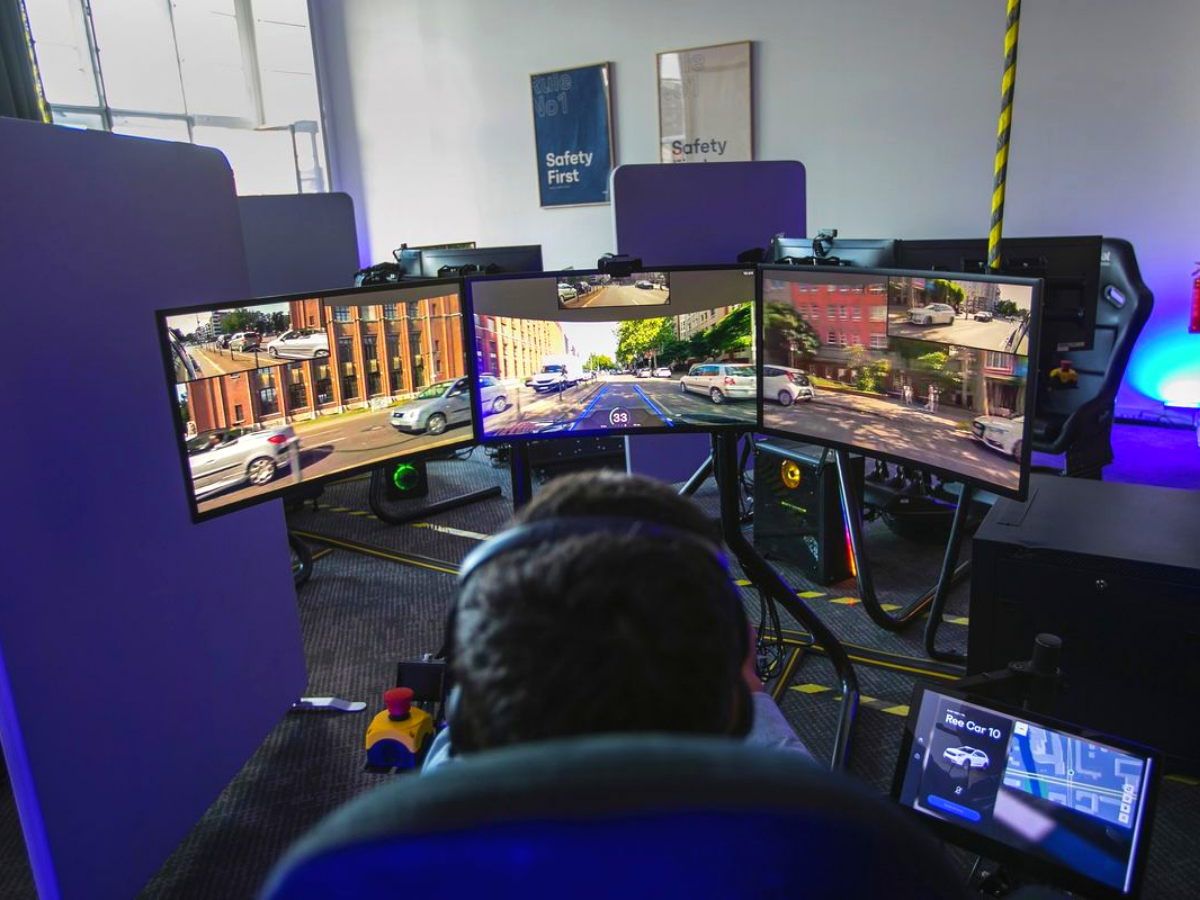 Could ‘Teledrivers’ Be The First Step Towards Driverless Cars?

Berlin-based automotive tech startup Vay is hoping that by next year, users will be able to ride a driverless car in Europe.

Many companies worldwide have attempted to get their autonomous cars on the road, though safety concerns and technological hurdles have made this extremely difficult.

This is why Vay has proposed the use of human ‘teledrivers’, remotely controlling passenger cars. Co-founder and CEO Thomas von der Ohe said:

‘Autonomous driving has so much potential for making a positive change, in terms of safety and reducing congestion. But fully autonomous driving still has many challenges to overcome, no one has solved autonomy yet. What we’re doing is getting something out there quickly’.

Once its teledriven cars have been released, Vay hopes that gradually autonomous features will be introduced. The world’s leading company of its kind, Vay is currently testing its cars on Berlin streets with a safety driver manning each vehicle.

There have been no announcements regarding which city will launch the service first, though Vay says that it is ‘super close’ to securing permission to release its fully remote fleet onto the road. Advancements in regulations and tech mean that these safety drivers will be able to be removed next year.

How will it work?

The first service that Vay will offer is a door-to-door transportation service, allowing users to order a car to be remotely driven to their house, from which the user will drive to the destination themselves. Upon arrival, users will not need to park nor return the car to the depot, as teledrivers will do so on their behalf.

To combat alienation, passengers will also be able to see and speak to their drivers via smartphone and in-car intercoms.

This will cost much less than traditionally-driven cars used by Uber and Lyft, as van der Ohe says that remote drivers can be used more efficiently. Additionally, it will rival owning a car in urban areas.

In the future, Vay’s technology will also be able to facilitate ride-hailing, parcel and food delivery, as well as bus and truck driving.

The new role of ‘teledriver’ will make driving as an occupation more accessible, safe, inclusive, and gender-balanced. This is due to concerns such as proximity during the Covid pandemic, drunk and violent passengers, and night rides. Additionally, they will be paid a fixed income and are able to work from one location.

Vay’s system was also developed to operate in very specific city-centre locations, meaning that fatal accidents due to speeding, intoxication, distraction, and fatigue can be eliminated. Trained teledrivers utilise a steering wheel and pedals to remotely control cars. They also have access to 360-degree vision displayed on several large monitors, eliminating blind spots. It also prevents speeding and overlays safety information on the screen

A teledriving hub connects the cars through several 4G-based connections, which includes fail-safes and redundancies in case of a lost connection.

How do they differ from other driverless cars?

There is a six-tier system in place created by the Society of Automotive Engineers generally used to determine the level of automation of a vehicle ranging from Level 0 (no automation) to Level 5 (full automation).

The largest companies aiming for complete automation – which are Google’s Waymo and Amazon’s Zoox – have developed Level 5 vehicles, and have only been able to test them in the US. They have found it difficult to gain the permissions necessary to allow consumers to utilise their services.

The way their cars work is through the use of sensory technology such as cameras, radars, and LIDAR (light detection and ranging) to create an internal map of the car’s surroundings. Data from this, paired with geographical data, is used for deep learning and neural networks.

Tesla and General Motors’ Cruise Automation have also attempted to incorporate self-driving into their consumer vehicles, though the features offered such as adaptive cruise control, automatic lane change, and autopark are not advanced enough. These systems are still considered Level 2, or partially automated. Though minimal, these features have not been legalised for use in many US states and countries, marking a general distrust by lawmakers in uncontrolled AI-driven cars.

Shifting from the focus of driverless cars from self-driving to remote, Vay keeps the human component in the loop. Regulators are more open to this because it is hypothetically as safe as a regular human driver, whilst driverless cars and unmanned systems are prone to vision mistakes. An example of such an error can be found in an instance where a Tesla misinterpreted a white truck for a bright sky.

‘Vay’s teledrive-first approach allows for a safe and timely rollout of mobility services that users and cities trust as a human is still in full control. Over time, while serving customers and based on high quality teledriving data, Vay is able to learn and then launch autonomous features gradually – starting with the ones that are safe and ready to deploy. Vay believes that we will enter a decade of human-machine collaboration instead of directly reaching full autonomy.’

The complex algorithms required to create Level 5 autonomous cars are no longer needed to create driverless cars. This reduces the time and funds needed to develop the services, as well as increasing customer trust and reducing possible data processing errors in the cars. The technology required for the other cars, such as LiDAR and radars are replaced with cameras, which are much cheaper.

FItting self-driving technology onto cars can cost up to £72k, whilst with Vay’s proprietary software and hardware any car can be converted to teledriven for a few thousand pounds.

The company has raised £23.8m in venture capital funding thus far, a promising start. This is, however, only the beginning. As one of the most promising, realistic, and reassuring concepts for ‘automated’ cars in development, we can expect the value of the startup to rapidly increase as regulations finally pave the way for Vay’s fleet’s release.