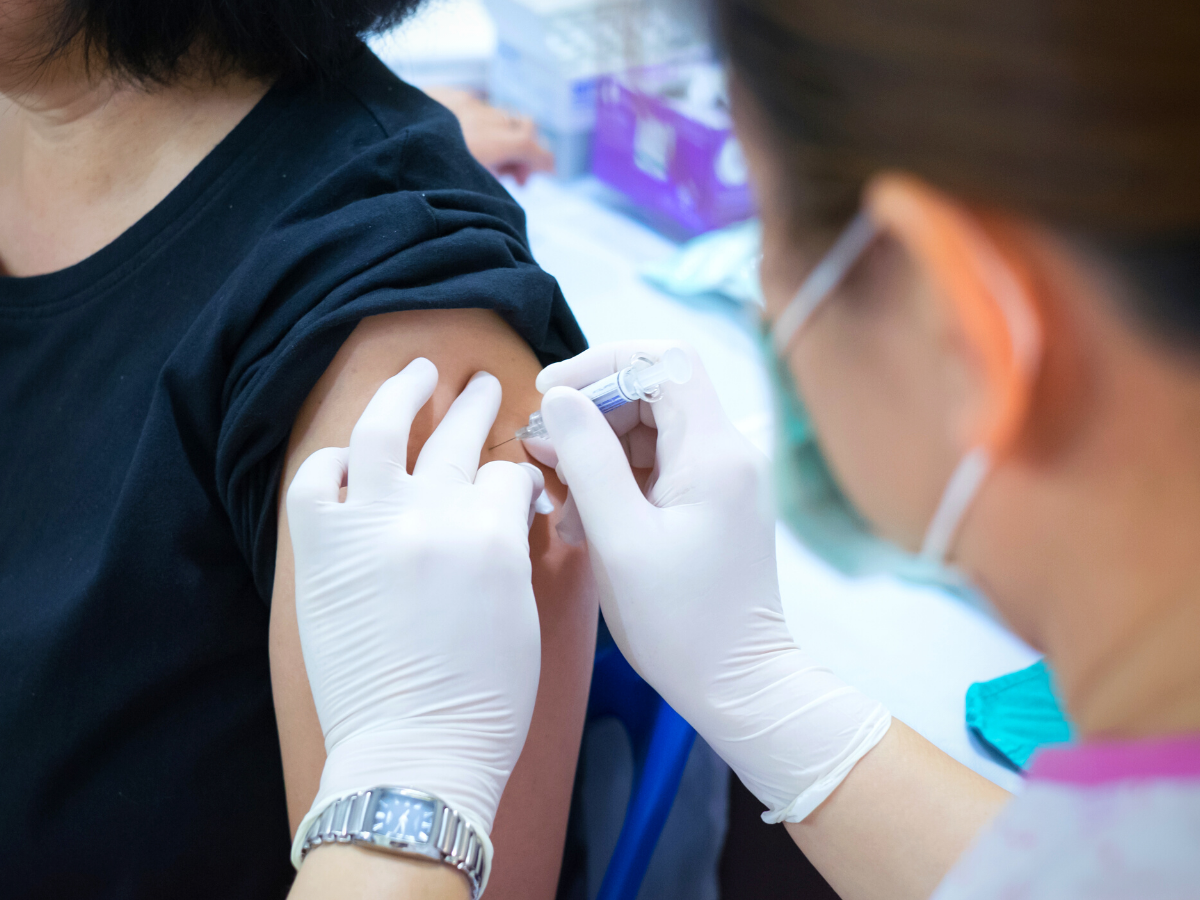 The world’s first variant-proof booster vaccine is being trialled.

A trial in Manchester is underway, exploring the possibility of a vaccine that protects against unknown variants of Covid-19.

The US pharmaceutical company Gritstone has launched the phase one trial in collaboration with the University of Manchester and Manchester University NHS Foundation Trust. The drug is a self-amplifying mRNA second-generation Sars-CoV-2 vaccine (SAM). The president of Gritstone, Dr Andrew Allen, explained the thinking behind the vaccine:

‘Our hypothesis is that a different vaccine such as GRT-R910 might complement the primary immune response from pre-existing vaccination with a first generation Covid vaccine in such a way that it would provide more benefit than an additional dose of the same vaccine.’

There are currently 20 participants in the trial. All are aged 60 or over and have received the Oxford/AstraZeneca vaccine. Each participant will receive the booster, one of two different doses.

A couple from Bolton, Andrew and Helen Clarke, was the first to receive the booster jab. Both were eager to participate in the trial. Mrs Clarke is a retired NHS nurse and had been involved in research previously. Mr Clarke said, because they are both retired and had had a comparatively easy lockdown, they felt this was a small part they could play in helping the world return to normal.

The current Covid-19 vaccines work by targeting a particular spike protein of the virus. The presence of a spike protein allows the virus to penetrate host cells and therefore cause the infection.

However, as different strains of the virus have appeared, such as the highly contagious Delta variant, the vaccines have become less effective.

Unlike the present incarnations of the vaccines, the SAM vaccine, named GRT-R910, contains viral proteins that are less likely to evolve. As a result, the vaccine has the potential to provoke a stronger memory T-cell response over time.

The SAM vaccine introduces special immune cells (CD8+ T cells). These form part of the body’s immune response to viruses. The hope from the trials is that the vaccine will exhibit a strong and durable immune response. If this happens, the SAM vaccine could reduce the number of vaccine doses needed. It could even eliminate the need for repeat administrations.

The chief investigator of the study and a consultant in infectious diseases and tropical medicine at North Manchester General hospital, Andrew Ustianowski, said the following about the trial:

‘We think GRT-R910 as a booster vaccination will elicit strong, durable, and broad immune responses, which are likely to be critical in maintaining protection of this vulnerable elderly population who are particularly at risk of hospitalisation and death.’

Ustianowski also went into greater detail on how the vaccine works:

‘This vaccine targets not just the spike protein but also the nucleocapsid protein. This varies much less than the spike protein and therefore the hope is that it will be more proof against current and future variants.’

Whilst examining how effective the SAM vaccine is, the trial will also evaluate the vaccine’s safety and tolerability. The first phase will only feature over-60s. Future studies will examine the efficacy of the vaccine among more vulnerable groups.

Professor Ian Bruce, who is the Chair of the Manchester COVID-19 Research Rapid Response Group (RRRG), expressed his hopes for the SAM vaccine:

‘If successful, we feel it has the potential to have play a significant role in the battle against COVID-19, which has so devastated vulnerable populations across the globe.’

The results from the trial are expected by next Spring.