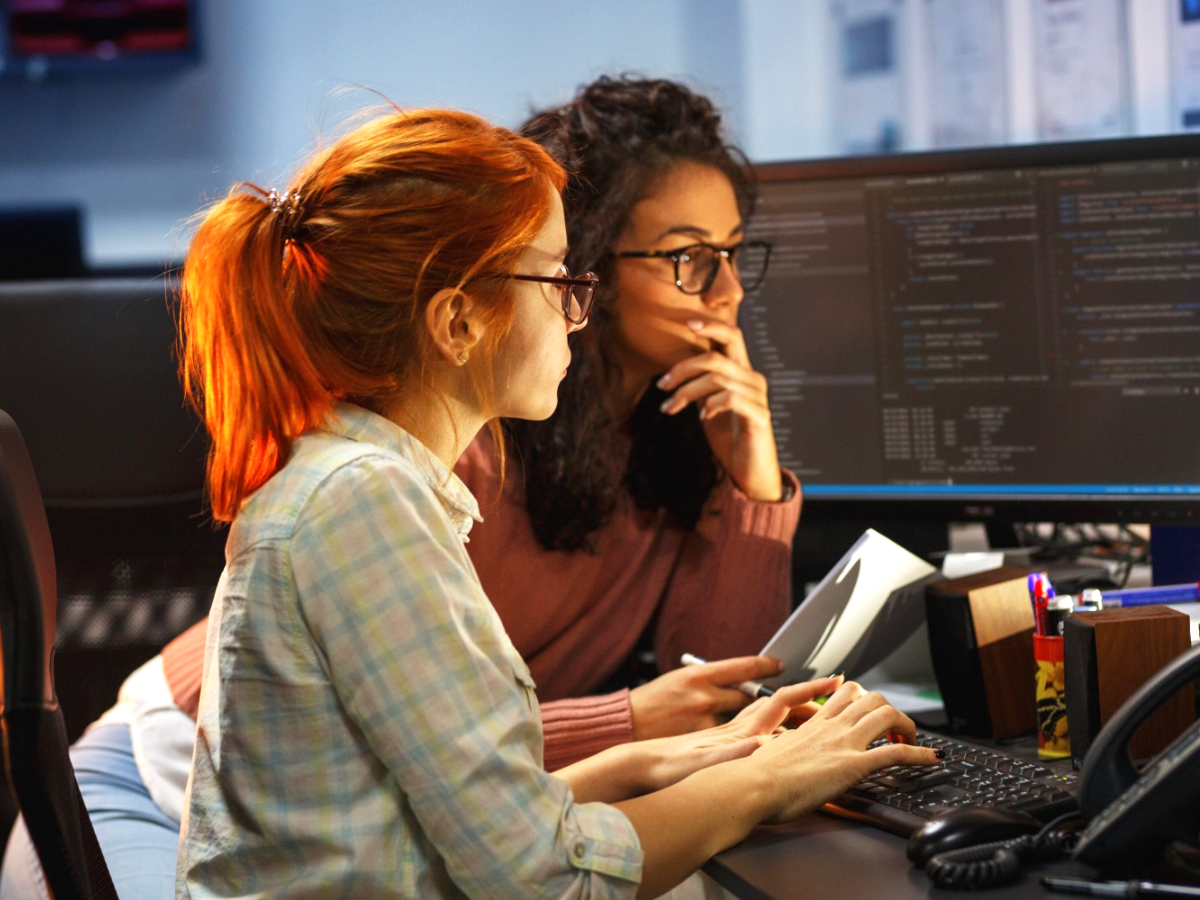 Women and Tech: Not so Incompatible after All

For years, the technology sector has been lacking one thing: women. Stereotypes of the technology industry have pigeonholed it as a place for the male brain, but now firms are left wondering where all the women have gone. Time for equality in tech? Absolutely.

It is no secret that women face more challenges than men when it comes to the working world. The glass ceiling, the gender pay gap, the frequency of sexual harassments, negotiating maternity leave etc. all negatively affect the working lives of women. When we look towards the technology industry, there are numerous other barriers facing women entering the sector. Now, surveys have found that 85% of UK tech leaders would like to see more women applying for tech roles.

It is not just women that they want, however, as the same survey found that 87% would like to see more university talent emerging in the industry. So why aren’t there enough women and university graduates entering the technology sector in 2021?

Why are there not enough women in the tech sector?

As with most issues today, to find the answer, we must go back to school. The Learning and Work Institute has warned that the UK is heading towards a catastrophic digital skills shortage when it was revealed that the number of young students taking IT subjects at GCSE has fallen by 40% since 2015.

Dr Neil Bentley-Gockmann, the CEO of the company which commissioned the report, commented on this issue, saying:

‘I think there’s a challenge with the teachers themselves not understanding the possible careers – there’s a big opportunity for employers to go into schools to explain the range of job opportunities and help join the dots between what young people study in school and what that could lead to as a career. It’s important for employers to do this to ensure the future talent pipeline.’

This is a concerning trend, but why is there a shortage of women specifically? According to Women In Tech, it simply boils down to not enough women choosing technology-related careers. The relatively small number of women in the tech sector does not provide a large enough pool of role models for other women. As a result, women are not motivated to pursue a career in the tech sector.

This is a factor that affects students right down to GCSE level and probably further. Children are inspired by their heroes – but girls will not be inspired to become the next figurehead of a tech company, because there simply are not enough of them. In fact, there are not many female CEO’s full stop. As of June 2019, there were only 7 female CEOs in FTSE 100 companies.

Why we should be including more women in our workforce

In truth, we should not simply include more women in our tech workforce because of equality, but also because it is immensely beneficial for companies to do so. Companies have no need to undertake large scale female employment campaigns regardless of suitability because there is such a wealth of qualified women ready to improve the labour force. In 2020, less than half (46.9%) of all women participated in the global labour force. The same figure for men was 74%.

If women added exactly the same productivity as men, that would mean gender equality in the global workforce would increase world productivity by 27%.

Unfortunately for men, there are more reasons than productivity as to why firms should be hiring women. For one, women make up 50% of the global population, which means employing them will give your company a better perspective of customers. This was proven in 2014, when Apple released its Health App. While boasting that their new app could measure all the metrics that you could be interested in, for women, it had a glaring omission. Menstruation. The new Apple Health App did not provide the functionality to track your period.

While it is understandable and perhaps even expected that the necessities of women’s health are forgotten by the minds of men, the same cannot be said for a globally renowned tech firm. This was a problem that took a year to fix, and could have been avoided altogether had Apple allowed more women to participate in the design process. Fortunately, Apple thought so too, and between 2014 and 2020, Apple increased its number of female employees by 70% worldwide.

Equality is still an ongoing project, but the fact that tech companies are missing women in their workforce is a promising sign. There is clearly a demand for female graduate employees. Now, the task the world is faced with revolves around the supply side. We must once again show girls that women can be techies too. We must demonstrate that women are just as good as men at learning code and building computers. We must elevate deserving women to positions of power so that they can become role models instead of martyrs. There are women out there who have the potential to revolutionise the technology of our world. All the world has to do in return is let them.

About the Author: Isaac Knowles

Isaac Knowles is a contributing current affairs Features writer. He focuses on social issues which face everyday people and has written on topics such as race, feminism, and poverty. While endeavouring to write in-depth pieces that make real-world impacts, Isaac has developed significant expertise in the fields of politics, economics, and human rights.