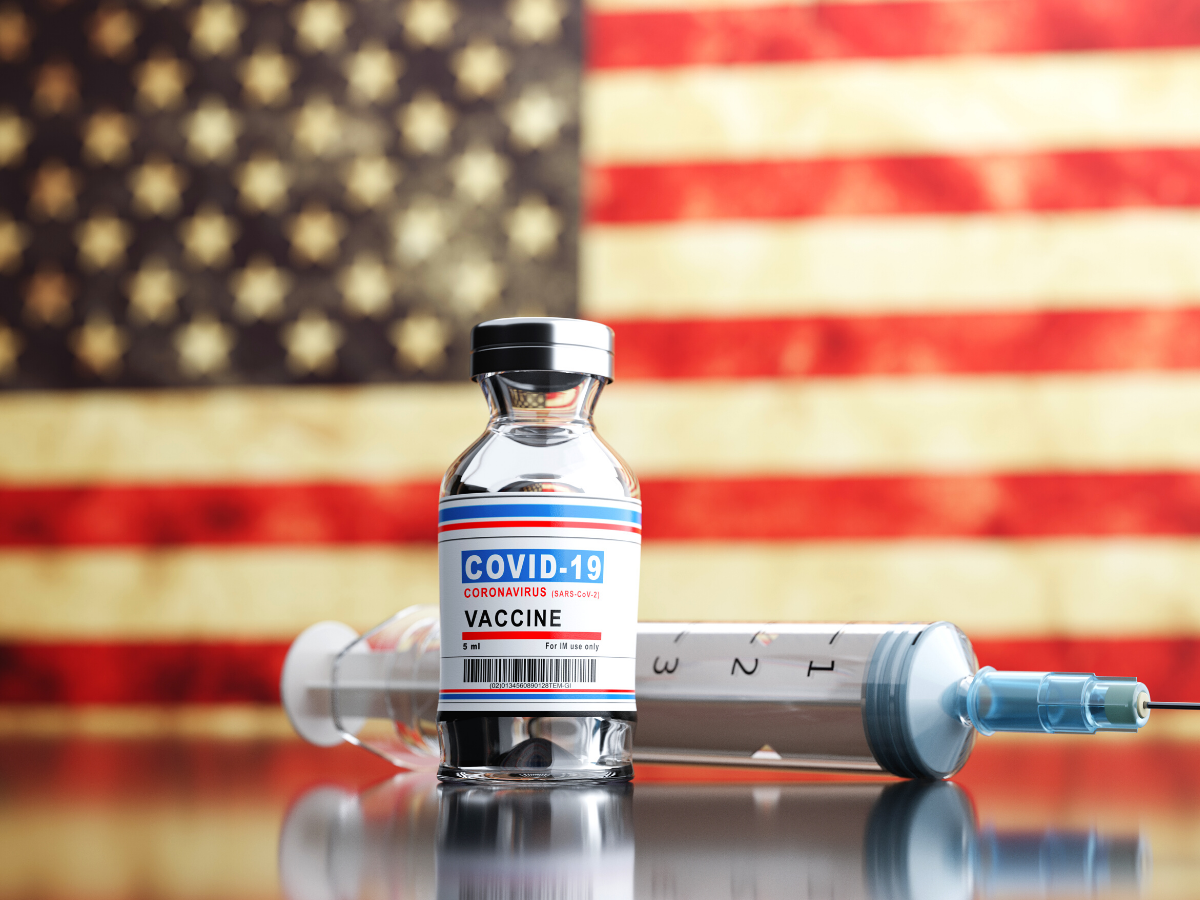 Why Is Vaccine Uptake so Varied Across the US?

Exploring how misinformation and vaccine hesitancy in the US has become divided along political party lines.

Amongst rising infection rates and the increasing spread of the Delta variant, the US is falling behind Italy, Canada, Germany, and the U.K in terms of doses administered. In mid-April, the US was administering above three million doses of the vaccine a day. In comparison, this figure now sits at just 500,000.

Now, it is clear to see a stark regional difference across US states with states in the south less likely than northeastern states to be vaccinated.

Which states are most and least likely to be vaccinated?

According to the US Center for Disease Control and Prevention (CDC) states in the US south have the lowest vaccine uptake with Mississippi and Louisiana having the lowest inoculations overall. Both states have less than 40% of their residents vaccinated with their first dose. This is a contrast to northeastern states like Vermont and Massachusetts who have more than 70% of their residents immunised with their first dose.

Speaking to the BBC, Professor Peter Hotez who is a vaccine expert at the Baylor College of Medicine said:

‘It’s practically halted in the southern states – despite the widespread availability of the vaccine, we have a sharp divide. In the southern states, and in the mountain west states, most older adults are vaccinated but a lot of the younger ones are not – and that’s where the big gap lies.’

Why has vaccine uptake slowed?

Some experts believe that there is a lack of urgency among healthy young people in the US who don’t feel they need the vaccine straight away. Of the American adults who don’t plan on taking the COVID-19 vaccine, 78% say they are ‘unlikely to’ or ‘definitely won’t change their minds’ according to a recent Gallup poll. But we know that COVID doesn’t discriminate with age and in countries like the UK there has been an increase of younger patients (people under the age of 50) contracting COVID and being admitted into the ICU within hospitals.

Another major concern for the unvaccinated is vaccine safety. Also speaking to the BBC, Dr Jennifer Kates who is the Vice-President of the non-partisan and non-profit organisation Kaiser Family Foundation (KFF) which concentrates on behaviours towards vaccines noted that ‘some people raise safety concerns and say they may be more likely to get vaccinated when a vaccine is fully approved vs just authorised.’

Much of these safety concerns and vaccine hesitancy issues have been rooted in misinformation regarding immunisation. The most prevalent being that the vaccine is being used as a means for the government to microchip and track people which was rendered as a baseless theory by most medical professionals. A YouGov survey published in July regarding the American people’s lack of desire to be vaccinated showed how many people identified with these baseless theories, with one in five Americans believing the unfounded microchip theory.

Much of these baseless theories stem from people’s mistrust of the ‘elite’ running the world and certain high profile figures like Bill Gates have been the target for the nefarious theories. One video that has since received millions of views supposedly confirms Bill Gates’ views on ‘population control and sterilization.’ The clip that went viral does not actually contain Bill Gates, only a man called, ‘Dr Robert O. Young’ who is allegedly quoting Gates during a panel entitled ‘International Tribunal for Natural Justice’ which is a group that has spread conspiracy theories about the COVID-19 pandemic. Bill and Melinda Gates denied these accusations.

What has been the political impact of these concerns in America?

The fear that elites are trying to corrupt civilians has now spread across political lines. Polling also from YouGov shows that almost 30% of Republicans have said they will not get vaccinated compared to just 4% of Democrats. This partly explains why southern States that have traditionally been known to be Republican have not taken up the vaccine.

Professor Hotez also added that ‘the biggest reason from my perspective is defiance along a political divide. The messaging coming from conservative news outlets and conservative members of Congress is if you’re a young person you don’t need it because the death rates are low, and vaccines are being used as an instrument of control by the liberals.’

The KFF found that almost 75% of Democrats had already been vaccinated compared to 41% of Republicans. Blue states are more likely to have stricter COVID-19 restrictions such as tighter mask rules or colleges that require students are vaccinated. Governor of the red State Florida, Ron DeSantis, has been marketing ‘Don’t Fauci My Florida’ merchandise in reference to US Chief immunologist and medical advisor to the president, Dr Anthony Fauci. Fauci has urged Americans to get vaccinated. It is clear that DeSantis is largely acting along conservative party lines as his former president Donald Trump did. According to critics, Trump repeatedly downplayed the significance of the pandemic referring to it as a ‘hoax’. This was quite a different approach to Biden who has consistently spoken about COVID-19 and taken the necessary precautions to protect the country. Conservatives often have a deep distrust of governments and other institutions that they believe are in the hands of ‘liberals’. Therefore, for some, COVID vaccines are too progressive.

Overall, the pandemic has highlighted how countries like America have a wide breadth of beliefs surrounding healthcare which already was a contentious and controversial subject with private healthcare debates consistently being hot topic issues. The pandemic has brought about questions over why medicine has suddenly become a political issue, but the reality is it always has been. Another element of vaccine rollouts has been the lack of access for some people. People worry about taking the vaccine because they cannot get the time off work, or the transportation to reach a centre.

Regardless of what the reason is that the rate of US vaccines has slowed down, the fact that misinformation is still being spread at an alarming rate is worrying, especially when it comes to upcoming political elections. American’s access to vaccines is a privilege poorer countries don’t have and with the rapid spread of the Delta variant vaccines are our only chance of returning to normalcy.