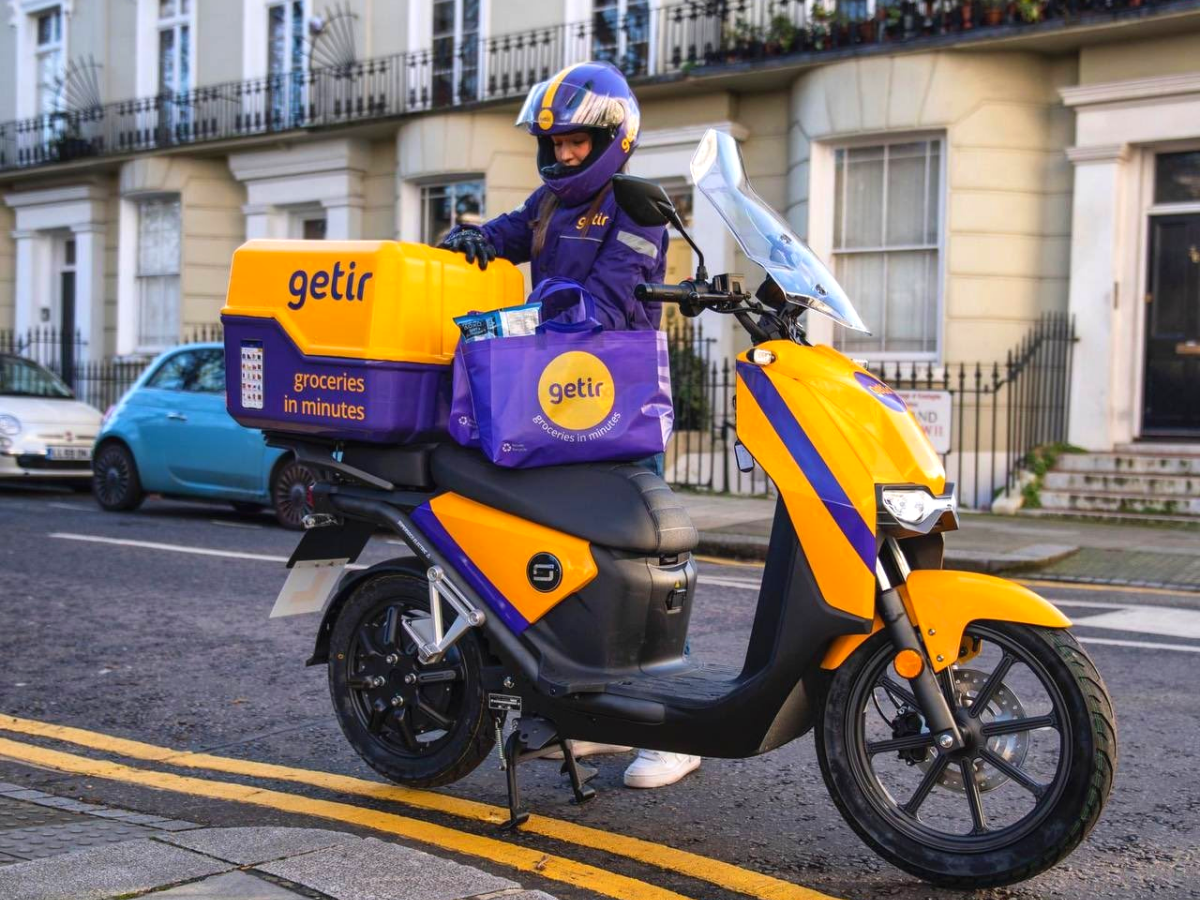 The Rise of Rapid Grocery Delivery Apps: Getir and Gorillas

How grocery shopping apps Getir and Gorillas are taking the UK by storm by supporting society’s mission for convenience.

The evolution of next day delivery shopping was spearheaded by companies such as Amazon who made it possible to access thousands of products through the click of a button. Now there have been even more advancements in the world of convenient delivery. Grocery delivery companies Getir and Gorillas are the latest additions to an already highly lucrative food delivery market with huge empires such as UberEATS and Deliveroo as their competitors. Getir and Gorillas have now enabled customers to receive their food shopping within minutes of ordering. This changes the food delivery game, but has it come at the cost of real-world interactions with people?

Who are Getir and Gorillas?

Getir and Gorillas are both on-demand grocery delivery companies that claim to deliver groceries within just 10 minutes and operate through a smartphone app. Getir was founded in 2015 in Istanbul, Turkey but is still in the early stages of its expansion and it currently only delivers to one UK city: London (Zones 1 and 2). The company has said that they plan to expand throughout the city and continue to deliver food and other products – from phone chargers to baby formula – day and night with a minimum spend of only £10.

Similarly, Gorillas – founded in May 2020 in Berlin, Germany – delivers a range of products at ultrafast speed. They’ve built a strong community of riders and caring for the people on their team is of major importance to them. According to the company’s manifesto, loving bikes is prerequisite for working at Gorillas.

The CEO and Co-Founder of Gorillas, Kağan Sümer stated that:

The company is also environmentally conscious and they have tried to limit their plastic usage by avoiding plastic packaging wherever possible. Unlike Getir, Gorillas delivers to cities outside London including Manchester and Nottingham.

Where do the groceries come from?

Both of the apps do not go to the supermarket to collect the customer’s food. Instead, they operate from a number of ‘dark stores’ which are local distribution centres with a set number of branded items and stock. This means that substitutions when an item is not available like with regular supermarket deliveries such as Sainsbury’s and Tesco are not needed.

With Getir and Gorillas, when an item is out of stock at the closest centre to the customer, it will not be available via the app. And although there is a minimum spend of £10 on the apps, there is no maximum spend, making it entirely possible to do your major shop through the apps. If there are any issues, a customer can simply call the cyclist courier.

Are these companies original?

The answer is yes and no. Since the beginning of the Covid-19 pandemic, around £9.8 billion has been invested into the superfast delivery market. Therefore, the expansion of these delivery apps reflects the global market need for even faster ways of food delivery.

Unlike UberEATS and Deliveroo, Getir and Gorillas primarily deliver groceries, not takeaways. They pay couriers an hourly rate, provide E-bikes, and pay riders for their waiting time. Meanwhile, companies like Deliveroo have been heavily criticised for their policies in the past, such as hiring couriers as ‘self-employed’ as a means of paying them below minimum wage.

Nonetheless, Getir and Gorillas still count these takeaway delivery giants as their competitors, especially as Deliveroo and UberEATS have introduced grocery delivery on their apps. Investors believe that startups like Getir and Gorillas will survive long after the pandemic with convenience a high priority for people and societies within the 21st century of modern technology. However, some experts have questioned the longevity of their business models.

According to Bloomberg, both Getir and Gorillas are seeking investments around $500 million which would make them worth $7 billion and $6 billion respectively but some retail industry executives and experts are sceptical.

‘It’s a useful service and will grow quickly, …But how do you differentiate one from the other? If you can’t differentiate, you’ll never make much margin or profit. Price really matters, and it’ll be a long time before these guys get the scale to get Tesco, Sainsbury, Asda etc pricing, especially if they are carving up the market between them’.

In the past, similar companies have failed to maintain their delivery service. The main example being London based delivery service Jinn that permanently closed and went into administration in late 2017.

Jinn was primarily a food delivery app that connected customers with restaurants and self-employed couriers. But unlike its rivals, UberEATS and Deliveroo, Jinn allowed customers to place custom orders to any shop in a city. This meant that it was able to offer on-demand delivery services to major restaurants such as McDonald’s long before the fast-food company had officially partnered with UberEATS.

So why did it fail?

Jinn had at one time had over 100 employees, but redundancies depleted that figure drastically to around 20 before its official closure. Furthermore, Jinn was competing with better-funded services such as UberEATS and Deliveroo. In 2017, Deliveroo raised over $800 million (£605 million) in funding compared to Jinn’s $19 million (£14.3 million). These disparities left Jinn at a disadvantage as Deliveroo easily outspent Jinn on useful marketing and advertising strategies.

What are the benefits of ultrafast delivery services?

Aside from the obvious points that they make food quick, easy, and convenient, the apps use mobile devices that mean customers can track their orders and plan around delivery options. Getir and Gorillas were also able to emerge throughout a global pandemic when thousands of people were either stuck at home quarantining or self-isolating after testing positive for the virus.

To go food shopping meant standing in line for hours to get groceries, all to find that certain items were not on the shelf. Thus, the companies provided a much-needed service to people at an affordable rate that took some stress away from the Covid situation. The services also demonstrate greater technological advancements that highlight how far technology has come in all aspects of society and a greater push for more jobs that are better paid than courier services like Deliveroo.

Destined for success or fated to fail?

Whilst technological advancements are important, they also show how isolating the world has become. There are now even fewer opportunities for human interaction and the supermarket was once the most fruitful means of communicating with strangers whether at an aisle or at the cash register. Now our society is dictated by speed and convenience rather than connection.

Getir and Gorillas are welcome companies in the market of online convenience delivery. Hopefully, their fate is more positive than their predecessor, Jinn. The major challenge they are facing is the sheer size of their competitors; UberEATS and Deliveroo are so well established and part of the weekly routine for many. Things like the Deliveroo Plus subscription plan will help keep people loyal to the existing giants. Consumers love convenience, and one of the most convenient options is sticking with what you know.