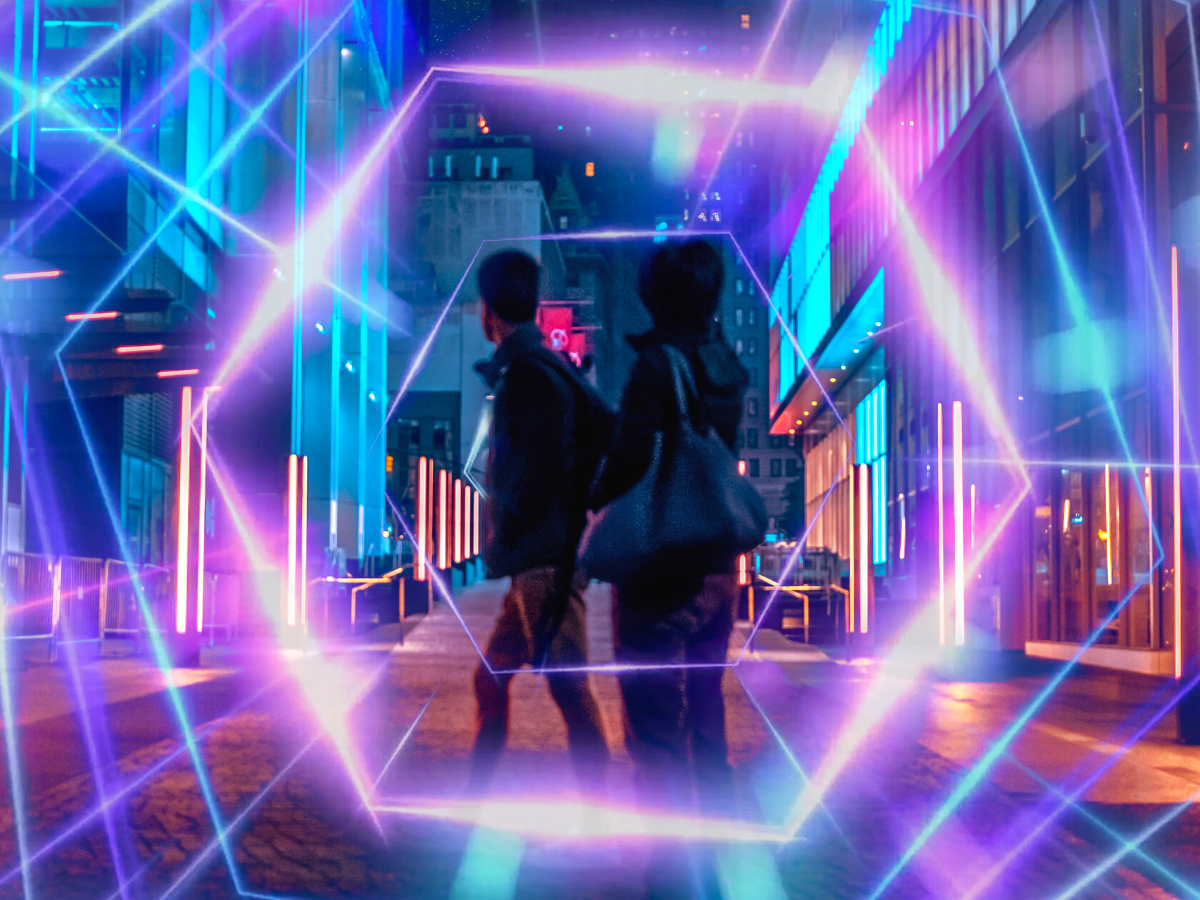 The Centre of the Metaverse: Facebook’s Future

Mark Zuckerberg plans to turn Facebook into so much more than a social media platform.

Mark Zuckerberg has grand visions for the future. Tired of dominating the social media sphere, the Facebook founder has set his sights on something far greater: the creation of the metaverse.

Zuckerberg recently told The Verge that life is not meant to be lived through ‘small, glowing rectangles’ and he now seeks to move communication into a realm that takes us far beyond the internet as we know it. So, what is his alternative?

To truly understand Zuckerberg’s new goal, we first need to understand what the metaverse actually is. The term itself has been around for a while; it began life, as many futuristic scientific ideas often do, in the pages of science fiction novels:

‘Coined by the writer Neal Stephenson in his 1992 novel, “Snow Crash,” then reimagined as the Oasis in the Ernest Cline novel “Ready Player One,” [the term] refers to a fully realized digital world that exists beyond the analog one in which we live.’

Sci-fi depictions of the metaverse vary massively. Some show it as an exciting digital realm that is free of the constraints of the real world, highlighting the benefits of a space where people can truly be themselves. Others show the potential darker sides of this freedom and depict the downsides of a world without limitations. The reality lies somewhere in the middle.

The metaverse doesn’t pause or reset when users are away, it is persistent, live, and provides a synchronous experience for everyone using it. Zuckerberg himself has described the metaverse as ‘the successor to the mobile internet’ and the next stage in internet interactions. The metaverse is an embodied internet where users no longer simply observe the content, they become part of it.

It is extremely complex to explain what the metaverse truly is, largely because we aren’t quite there yet. It still feels a lot like science fiction – and it likely will until we begin to experience it for ourselves.

Who owns the metaverse?

This is where it gets (even more) complicated. The metaverse and things that exist within it are ‘created and operated by an incredibly wide range of contributors’, varying from individual creators to larger companies. Zuckerberg plans to make Facebook one of these companies.

A key part of the metaverse is that it is not owned, operated, or controlled by any central entity. By its very nature, it is a hugely interconnected digital world that requires interoperability to be classified as a metaverse. Without this interoperability, it would simply be a collection of individual apps or programs, not a coherent and connected universe.

A key issue facing the metaverse and the companies who seek to operate within it is governance and moderation:

‘A thriving metaverse would raise questions both familiar and strange about how the virtual space is governed, how its contents would be moderated, and what its existence would do to our shared sense of reality. We’re still getting our arms wrapped around the two-dimensional version of social platforms; wrangling the 3D version could be exponentially harder.’

The metaverse is not free of outside influences. Much like the internet, when a user logs into the metaverse they take their existing thoughts, feelings, and biases with them. So, while the metaverse will come with significant benefits and opportunities for content creators and companies, it will come with a lot of complex regulatory challenges. In addition to these moderation issues, the metaverse will represent a whole new frontier for data protection and cybersecurity.

These seem to be challenges that Zuckerberg is willing to face.

Facebook is already tackling a major hurdle of metaverse creation: how users will engage with it. The company owns Oculus, a VR company, and intends to use its hardware as a means for users to interact with the metaverse. Zuckerberg has pointed out that although the metaverse can be experienced in 3D or through VR, it doesn’t have to be. It can be accessed via a PC, a smartphone, or a games console.

Thanks to sci-fi media like Ready Player One, many people see the metaverse as a space for gaming or watching live events. Zuckerberg seeks to extend the metaverse far beyond these uses, making it a place for everything from socialising to holding work meetings. If you’ve attended meetings or parties on platforms that use a virtual avatar, you’re arguably already straying into the realms of the metaverse. Zuckerberg believes that having meetings in a shared space – be that physical offices or roundtables in the metaverse – helps conversation feel more natural than when we are looking at everyone on a grid on our laptops.

Zuckerberg is not the first to want to venture into the metaverse business, ‘founders, investors, futurists and executives have all tried to stake their claim in the metaverse, expounding on its potential for social connection, experimentation, entertainment and, crucially, profit.’

Zuckerberg’s goals for Facebook’s future are impressive, but it is unlikely the company will be able to realise this vision alone:

‘The Metaverse will require countless new technologies, protocols, companies, innovations, and discoveries to work. And it won’t directly come into existence; there will be no clean “Before Metaverse” and “After Metaverse”. Instead, it will slowly emerge over time as different products, services, and capabilities integrate and meld together.’

Zuckerberg’s goal for Facebook is an interesting one, and it seems he is doing it for a lot of the right reasons. He seems to be curious about the social possibilities of the metaverse endeavour as opposed to simply the financial ones.

If the metaverse is to move from the pages of science fiction novels and become part of our reality it will need to be co-created by a vast number of people and companies. Facebook is a vast entity with the power to make significant steps in the development of this next stage in communication technology.

If you are interested in further reading about the nature of the metaverse, we highly recommend Matthew Ball’s 2020 exploration of the topic.