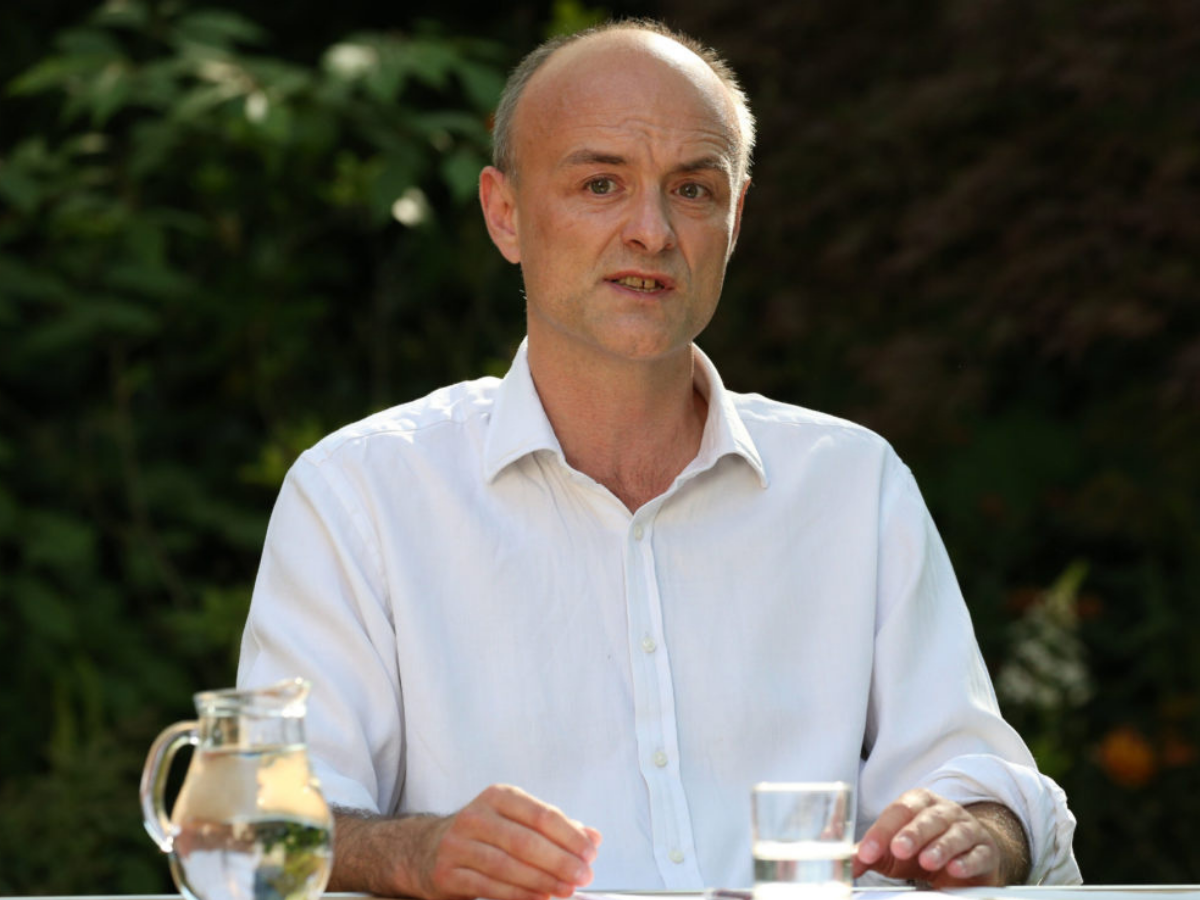 Who Do We Not Save? And Other Notes from Dominic Cummings’ Whiteboard

Making the decisions throughout the pandemic cannot have been easy. The weight resting on the shoulders of Boris Johnson and Dominic Cummings was – and continues to be – immense. There was no way their reputations would come out of this unscathed. Each and every decision made was met with supporters and detractors, proving there are two sides to every coin.

Along with asking questions about who to save and how to save them, there was an inevitable and far darker query lurking in the wings.

On 13th March 2020, the sketch of so-called ‘Plan B’ was drawn up on a whiteboard in Boris Johnson’s study. Amidst the notes were the hastily drawn but phenomenally heavy words ‘who do we not save?’ A dark question, but one that ministers and NHS leaders alike will have had to ask themselves.

The options were bleak; actively cause a certain number of deaths by implementing the new plan, or passively cause even more deaths through inaction. The circumstances became the physical embodiment of the philosophical trolley problem. Of course, the option leading to fewer deaths was the obvious one, but this did then place the blame for the deaths firmly on the government’s shoulders. It was undeniably a tough decision to make.

This scribbled question has raised even more questions among the general public and been met with two possible interpretations: some have read it as a question of who is worth saving, others have seen it as a cold hard reality of the virus that was beginning to sweep the world. The discussion of who is ‘worth’ saving is an alarming one, and the kind of question to which no one person, nor group of people, should be given the authority to answer. In such times of global hardship, these questions become ones of logistics that are totally removed from the individual lives they will impact.

Priorities
The question of who will be saved – and who won’t – was a discourse echoed in the discussions of vaccine priority. By selecting one group to prioritise, others were moved lower down the list by default. Vaccine priority was not discussed on the Plan B whiteboard, the topic was tabled for a later date as number 1 on the list was simply ‘No vaccine in 2020’. The government needed to proceed under this assumption and were undoubtedly very glad to be proved wrong last December.

Beneath ‘everyone stays home’ on Dominic Cummings’ whiteboard was the caveat ‘except critical infrastructure people’ – something that would develop into the ‘key worker’ status that became familiar to us all over the coming months. The expectation was there from the outset that these people would need to continue placing themselves at risk for the public – not something many supermarket workers ever expected they had signed up for.

The word app floats in the middle of the whiteboard, unmoored. The absence of any other notes surrounding this suggests it was just a fledgling idea are this stage. It is doubtful they knew how many iterations and how much money its creation would take.

To lock down or to open up?

Having abandoned the idea of herd immunity, the government considered the details of lockdowns and even the basics of what would later become the tiered system in their early plans. As they contemplated shielding the most vulnerable members of society they immediately understood the ramifications for those who would be truly isolated: ‘who looks after the people who can’t survive alone??’ can be seen on the whiteboard.

Support for people who were isolating alone was largely supplied by local communities, even NHS services to help deliver medications or collect shopping were staffed by volunteers. Given that the government understood from the outset the challenges faced by those shielding, they should arguably have provided more support to the most vulnerable members of our communities.

At the beginning of the pandemic, few of us understood the weight of what we were stepping into. None of us could have predicted we would still be living under these restrictions more than a year later, nor the effects the pandemic would still be having on our lives. From our mental health to the economy, the effects have been far-reaching and long-lasting. Though numbers have been improving overall and numbers of deaths are staying low, there is an uptick in cases of the Indian variant that has cast doubt on the projected end of restrictions on June 21st.

Teetering on the edge of restrictions has been a familiar state of affairs over the past year – and although it’s frustrating it has certainly bought us time.

Even from the start of the pandemic, it was understood that a full lockdown would leave ‘roughly the same number’ of people infected but avoid the collapse of the health service by spreading out these cases and allowing time for the development and distribution of a vaccine. By buying time and vaccinating the ageing population first the government was able to minimise deaths despite seeing the same number of cases.

Around the time of the whiteboard notes being written the UK was said to be 2 to 3 weeks behind Italy in terms of cases and impact on the health service. This was a time for urgent action, yet it took a further ten days for the first national lockdown to be put into effect. Cummings has since said ‘there was a failure to follow the example of east Asian countries like Taiwan and Singapore, which brought in tough measures before a problem could develop.’ In recent and explosive allegations at his hearing, Cummings has claimed that Boris Johnson and Matt Hancock are unfit to lead the continued fight against Covid-19.

The chaotic nature of the notes on the whiteboard suggest a room of very fast thinking people or very stressed people, or likely both. Asking questions like ‘who do we not save?’ is an extremely tough time in anyone’s political career, and certainly one Cummings and Johnson never expected to have to answer. Whether or not current leadership is fit to continue battling the virus is still very much debated.

Prioritising in this situation is a spectacularly difficult task when protecting one group automatically moves another further down the list. It is impossible to put everyone first, and this is something the government are going to continue struggling to grapple with.