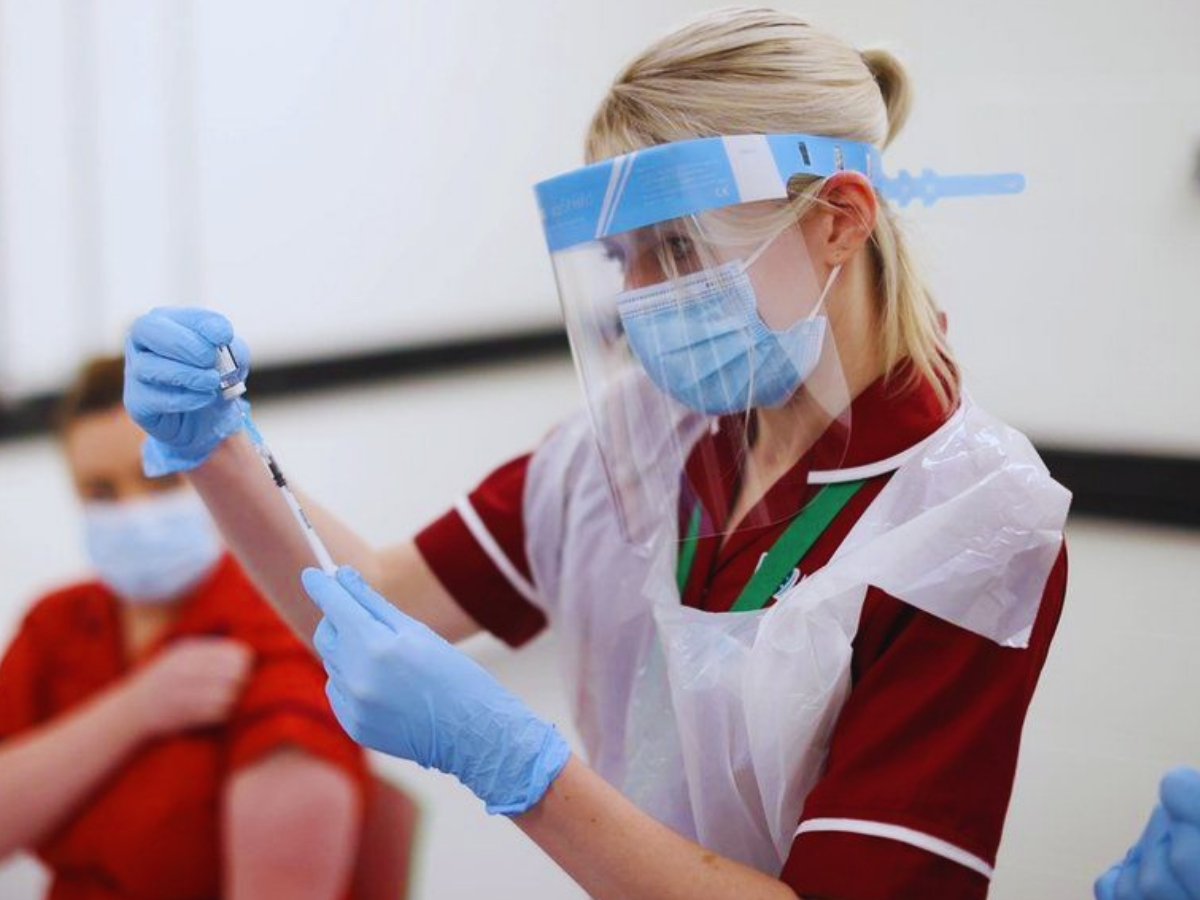 Amid concern about the spread of the latest covid variant, the UK has reported a day of zero deaths for the first time since last March. This is a euphoric moment that provides a glimmer of hope despite a rise in reported cases.

Speaking on the Andrew Marr show Chris Hopson (head of NHS Providers) stated that ‘very, very few’ patients currently in England’s hospitals with Covid-19 have received both of their vaccine doses. This shows the vaccines provide ‘very high’ levels of protection, as has been reflected in today’s death toll of zero. He added that although a ‘handful’ of patients have had both doses these are often people who have underlying health conditions.

Choosing who to prioritise for the vaccine was one of the toughest decisions faced by ministers and the NHS when the rollout began – there were solid arguments for prioritising key workers, ethnic groups with statistically worse outcomes from Covid-19, the elderly, or the clinically vulnerable.

Choosing to prioritise the most vulnerable members of the community bought the government and the NHS time to roll out the vaccine to more of the population as well as fulfil the promise to protect the NHS. The successful rollout has meant that, despite the increase in cases, the number of deaths has continued to fall.

The decline in deaths comes with a warning, however. It is not yet time to ease up on restrictions or put an end to social distancing – we have come out of restrictions too hastily before. It is time to take very tentative steps back towards normality so that this may finally be the last lockdown.

Patient backlog
As we begin to head out of the pandemic (or so we continue to hope) our gaze turns to the state of the NHS. As the dust begins to settle, it’s clear that there is still a long fight ahead for our health service.

Chris Hopson commented that it was ‘incredibly striking’ how busy hospitals are as they begin to make their way through the backlogs of non-covid patients. There are a record number of patients waiting for routine surgeries as many have been delayed due to the pandemic. In light of these vast backlogs, the Royal College of Surgeons ‘wants a network of hospital sites focused on routine surgery, such as hip and knee replacements.’ The president of the college spoke out about plans for future variants or flu outbreaks, stating that ‘we cannot allow surgery to grind to a halt again or waiting lists will become insurmountable.’

There is also concern that waiting lists will get even longer as people begin to go to their GPs with issues that they had been postponing making appointments for. Fear of the virus and of overwhelming the NHS may have put people off going to their GP during the pandemic, meaning that there is an invisible patient backlog beyond the accepted figures. Many physicians and clinicians have adapted to remote and virtual methods of working and seeing patients, the continuation of this can hopefully ease the strain on the NHS as it recovers.

The effectiveness of the vaccine on covid variants is always a worry. Recent research found that both the Pfizer and AstraZeneca vaccines gave almost as much protection against the Indian variant as the Kent variant after the second dose. However, both were only 33% effective against the Indian variant after 1 dose; this differs from the Kent variant which a single dose is 50% effective against. These findings support the continued administering of second doses (prioritising those who are most vulnerable) and maintaining social distancing and mask-wearing for the immediate future.

Sir Keir Starmer has warned that previous ‘mistakes are being repeated’ as the government continues to be slow to act upon the spread of the Indian variant. Though we have now seen a day of zero deaths, the Indian variant is not yet truly reflected in this. There is also the caveat of reporting lags over weekends, especially bank holidays.

In his interview, Hopson also stated it would be irresponsible for the government and its ministers to not at least consider and discuss compulsory vaccines for NHS staff. He said that ‘there is a precedent for this of course: surgeons have to be vaccinated for hepatitis B before they can practice as surgeons, rightly so because there is a responsibility to protect those that are most vulnerable.’

‘There is nervousness in Whitehall about doing anything to destabilise the vaccine rollout by requiring that people get the jab instead of keeping it voluntary – something that several behavioural scientists have warned could dampen take-up among already vaccine-hesitant groups.’

Labour’s shadow Commons leader, Thangam Debbonaire, advised that it was not a ‘good idea’ to impose compulsory vaccines on NHS staff. The comment was quite unexpected given Starmer’s general stance that the Conservative government is not acting swiftly or decisively enough.

The effectiveness of both the Pfizer and AstraZeneca vaccines has been proven in recent days by the small number of people in hospitals who had received both doses. A day of zero deaths further solidified the success of the vaccine rollout and proved that vaccinating the most vulnerable members of society first was the right move.

Ensuring all NHS staff are vaccinated seems like the next piece of this puzzle, but whether it will be implemented and how that process will unfold is yet to be seen.