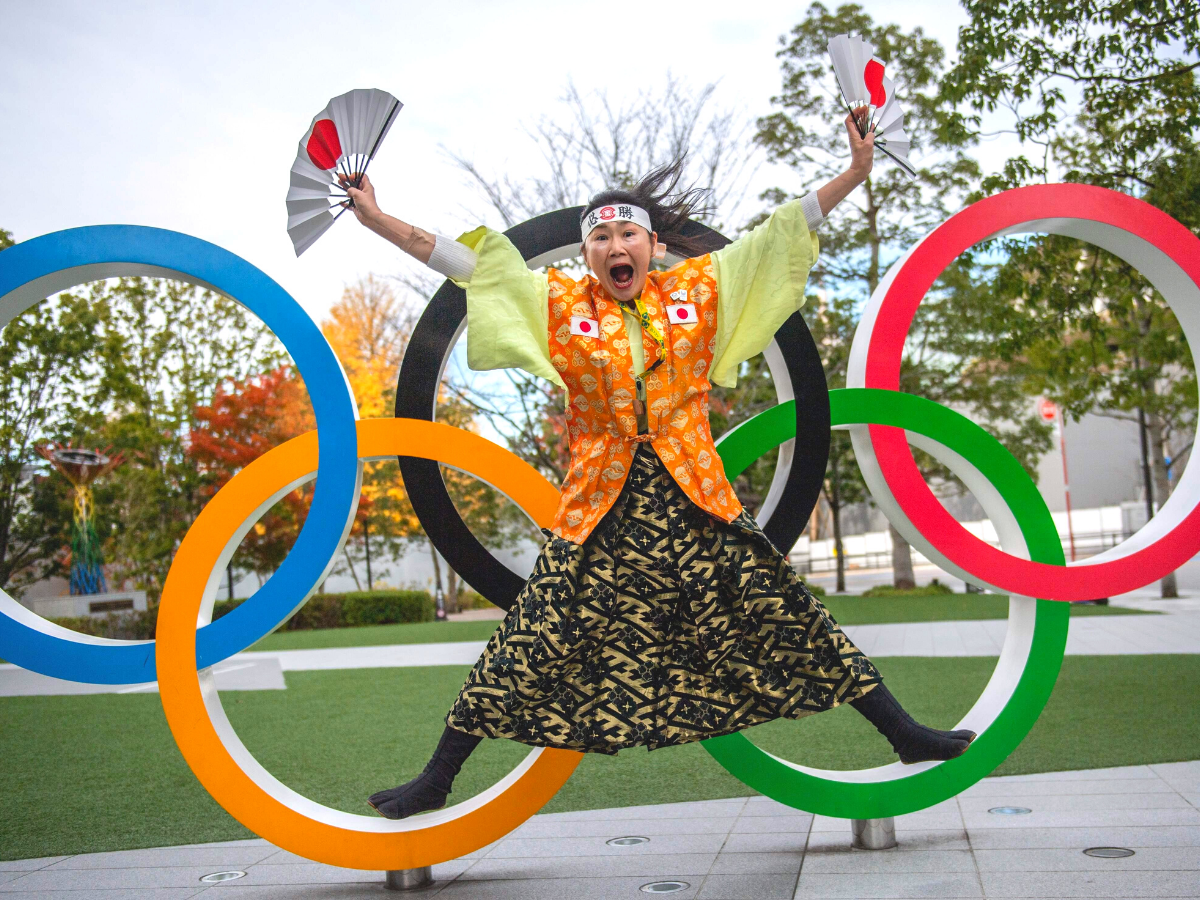 The Tokyo Olympics Are ‘100%’ Going Ahead

The 2020 Olympic Games are finally here, but they look a little different to usual.

The Tokyo 2020 Olympics are ‘100%’ going ahead according to Games president Seiko Hashimoto. This comes with the caveat that the Games must be prepared to proceed in an empty stadium if there is a further outbreak of Covid-19.

The Olympic Games will not be allowing international spectators at all this year due to the pandemic, meaning that the Japanese public will have front row seats. But it seems that those seats may be left vacant as public opinion is far from in favour of hosting the Olympic Games this summer.

Some parts of Japan will still be under coronavirus restrictions until the 20th of June following a new wave that began in April. Though this may sound like they are in a similar spot to the UK, Japan only began its vaccination programme in February – ‘and so far only about 3% of people have been fully vaccinated.’ Their vaccine rollout has been bottlenecked due to a lack of healthcare professionals available to administer the doses and it is currently only available to the elderly and medical professionals.

‘The biggest challenge will be how we can control and manage the flow of people. If an outbreak should happen during the Games times that amounts to a crisis or an emergency situation then I believe we must be prepared to have these Games without any spectators.’

As part of the effort to make the games covid secure, there will be no international spectators permitted at this year’s games, if there are to be any spectators at all. Pilots are being run in the UK for how large scale sporting and music events may continue to run as restrictions ease, but we are a long way ahead of Japan in terms of our vaccine rollout.

‘A group of United States public health experts warned that pushing ahead with the Olympics as planned could put athletes and the public at risk. They said Japanese authorities and Tokyo 2020 organizers needed to reconsider their approach to risk management and recognize the limits of measures like temperature screening.’

Vaccinating Olympic athletes and support staff has been a priority for many countries, including the UK, in the run-up to the Games. However, this will not have been possible for potential spectators due to the current vaccine situation in Japan, meaning that they would be relying on temperature checks to detect possible cases. It is unclear whether negative covid tests will also be required of spectators as details of this plan are yet to be solidified – though tests or proof of vaccination have been considered as requirements.

Public opinion in Japan
In light of the pandemic, continuing with the plan to hold the Olympic Games in Tokyo – or hold them at all this year – has been met with very mixed feelings. About 10,000 event volunteers have quit in the run-up to the Games. Though officials did not state exactly why they had quit, it was believed to be in part because they disagreed with the games being held due to the pandemic. If the game does have spectators this loss of volunteer staff will impact the running of the event.

‘The Japanese people are feeling very insecure and at the same time probably feel some frustration at us talking about the Olympics and I think that is giving rise to more voices opposing having the Games in Tokyo.’

The editorial board for one of Japan’s leading newspapers, Asahi Shimbun, recently accused Prime Minister Yoshihide Suga of holding the Olympic Games ‘against the will of the public’. In May, polls in Japan found that 70% of the general public did not want the Olympic Games to go ahead. However, the International Olympics Committee has remained steadfast in its determination to continue the Games, even when Tokyo was under a state of emergency in May due to the rates of coronavirus.

The last year has made keeping track of time tricky for many but we promise it is not still 2020. Assumedly with the intention of returning to the previous pattern in future, the upcoming Olympic Games are still keeping the name of the originally intended date.

The determination of the International Olympics Committee to hold the games may in part be to give the world something positive to collectively focus on. World news has been very dark for the past year, so something such as the Olympic Games offers a unique opportunity for a positive shared experience. Keeping the date also serves as a hopeful nod to the future of the games and refusal to let the pandemic disrupt this longstanding tradition.

The Olympic Games will ‘100%’ be going ahead, just not in the way the world is used to. The only in-person spectators will be Japanese residents if any spectators will be permitted at all and if they choose to attend. With public opinion largely pitted against hosting the Games, it will be interesting to see how well attended the games are and how much the loss of 10,000 volunteers is felt by organisers.

However the games unfold, the world will certainly be watching – just from a far greater distance than previous games. The continued naming of these Olympic Games after their intended year offers a sign of hope that future Games will continue uninterrupted in their four-year pattern.