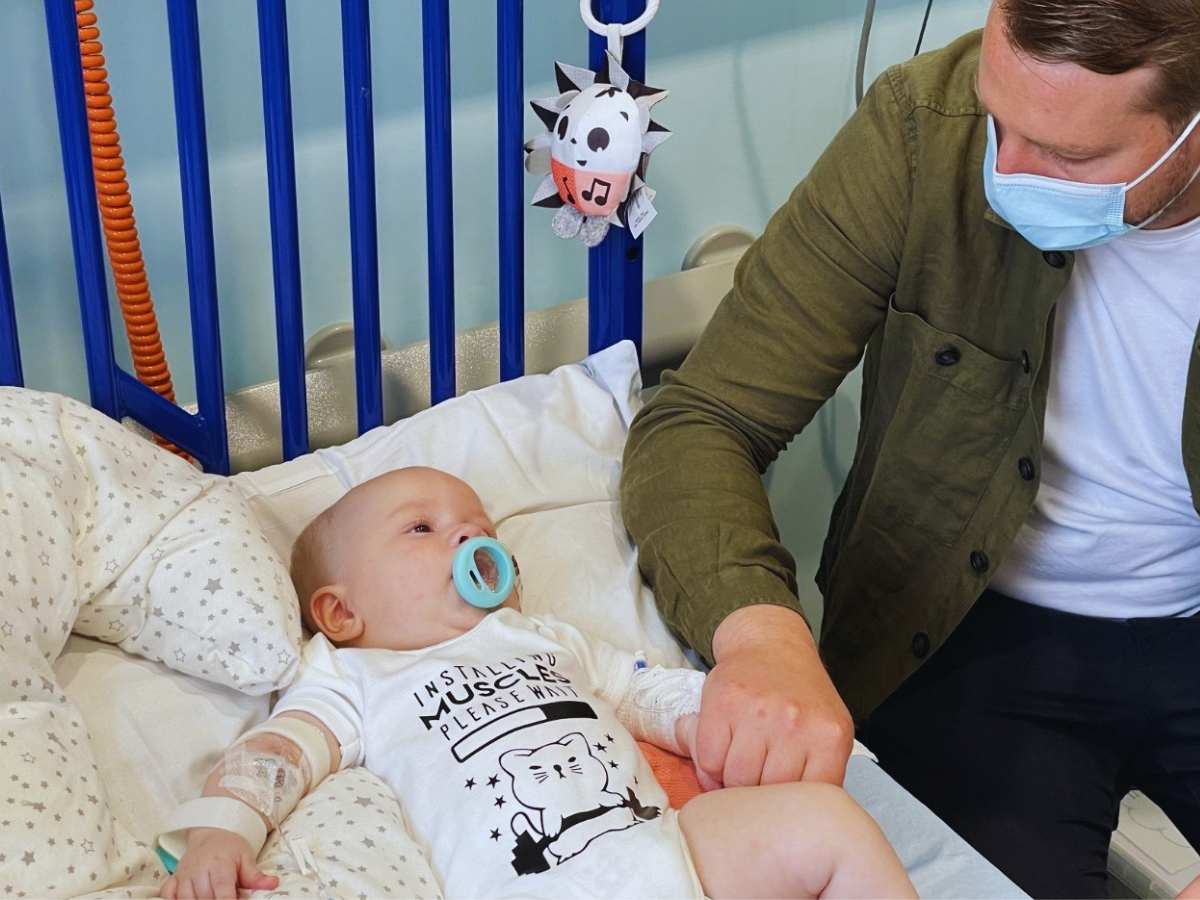 A state of the art treatment for spinal atrophy has got its first patient in the UK.

Unbeknownst to him, Arthur Morgan became the recipient of the world’s costliest drug.

On May 25 2021, a five-month-old baby boy, who had been diagnosed with spinal muscular atrophy (SMA) just three weeks earlier, received a treatment that could save the lives of many. Described as a ‘game changer’, the new treatment has the potential to fight this debilitating disorder. Despite this promising development, the treatment comes at an exorbitant cost, raising questions over its accessibility going forward.

The condition in question is a rare genetic disorder disorder that predominantly affects babies and young children:

‘Spinal muscular atrophy is a genetic disorder characterised by weakness and wasting in muscles used for movement (skeletal muscles). It is caused by a loss of specialised nerve cells, called motor neurons that control muscle movement. The weakness tends to be more severe in the muscles that are close to the centre of the body (proximal) compared to muscles away from the body’s centre (distal). The muscle weakness usually worsens with age.’

Cases of SMA remain low since it can only be inherited. For this to happen, a child must be born to parents, both of whom have a faulty gene that causes the condition. This means that, typically, the parents will not have SMA themselves.

The condition varies in severity due to the different types of SMA. There are four different types of SMA, with type 1 being the most deadly and developing in babies who are less than six months old. Around 40 children every year are born with this form of SMA. The other three types are generally less severe, with types 3 and 4 generally having little effect on life expectancy. This is not the case with type 1. Indeed, children who are diagnosed with the condition rarely live beyond the age of two.

However, this could be about to change.

What is this latest development?

Arthur Morgan from south-east London was diagnosed with type 1 SMA only three weeks ago. Already, he is having trouble with moving his arms and legs and cannot lift his head. The last of these side effects signals that the condition has already done some permanent damage. Up until now, there has been little hope for children diagnosed with type 1 SMA. Indeed, it was thought that there was no cure for SMA.

This was until the new drug Zolgensma was approved for use in children under 2 by the European Medicines Agency in 2020. The drug is a major breakthrough in the fight against SMA and is the first candidate to show signs of being able to have sustained durability against the debilitating condition. This a particularly exciting development given that SMA is the most common and the most fatal recessive disease of infancy.

The news of Zolgensma’s success will be welcome to many parents but it is also necessary to understand how this new gene therapy works:

‘Zolgensma uses harmless, genetically engineered viruses to increase SMN protein levels. Once the virus is introduced into a person, it is able to travel around the body and get to a variety of different cells to help restore some of the SMN protein that is missing in SMA. These viruses cannot produce copies of themselves, and are therefore unable to be passed from person to person.’

Delivered in an intravascular form, it has been tested on children up to two years of age. It is hoped that the treatment will allow children to sit, crawl and walk after receiving Zolgensma. Yet, all of this great promise comes at a great cost, with Zolgensma having a list price of £1.795 million per dose. As a result, it has been labelled as the most expensive drug in the world.

It is for this reason that the case of Arthur Morgan is quite so notable. He is among the first to be selected for this treatment after the National Health Service (NHS) managed to strike a deal with Novartis Gene Therapies who manufacture the drug. This means that dozens of children can now be treated with Zolgensma.

However, the cost of the treatment means that, for every child like Arthur who are fortunate enough to be selected, there are others who must continue to wait. This is the case for an eight-month-old baby boy from Colchester. This can be explained by the fact that the National Institute for Health and Care Excellence (NICE) has only approved the drug for use in children under the age of six months. It is the hope that the age range for recipients of Zolgensma will be expanded, but, for the time being, the current parameters must be respected.

The future of gene therapies

As seen with the development of Zolgensma, gene therapies have the potential to radically transform the lives of people afflicted with rare and debilitating conditions. Yet, as also seen with Zolgensma, the cost of developing and producing the drugs is enormous. It is simply not sustainable for a single dose to cost nearly £2 million. Dr Neelu Desai, a paediatric neurologist from P D Hinduja Hospital, offered some explanation as to why the drug is quite so expensive:

‘The disorder is rare and that is why we needed a highly specialised drug. The expertise required to make it and the research around it has taken very long. It’s also a one-time dose; the fewer the cases the higher its price will be.’

These comments point to an underlying opposition between manufacturing and administering drugs. The business aspect of drug production and distribution is unavoidable. Therefore, whilst the cost of Zolgensma is ostensibly astronomical, it is a figure which has been decided after considerable consideration.

To that end, the task going forward is for the appropriate bodies to find ways to finance the drug. This could be in the form of a deal such as the one negotiated by the NHS, the details of which remain confidential. Nevertheless, the potentially life-changing implications of Zolgensma will lead to efforts being made to procure it and hopefully defeat a condition that, up to now, has had no cure.