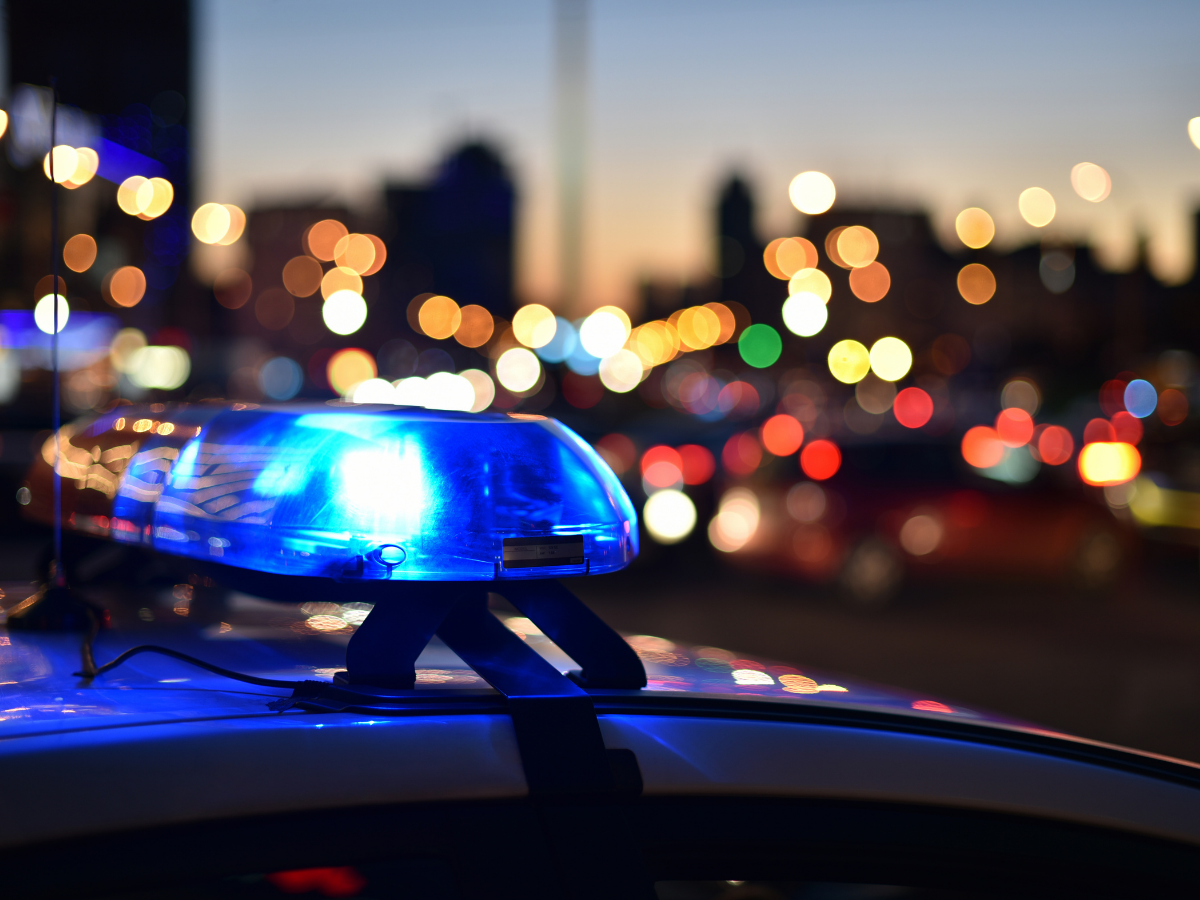 On the 25th of May, 2020 the death of George Floyd ignited a much needed, and overdue, conversation about racial injustice within the global milieu.

The ensuring Black Lives Matter movement (BLM) catalysed protests that not only called for an end to police brutality, but also for governments to reflect on layers of frank racial inequality within legacy world systems. Given the recent focus on health due to COVID-19, the intersection of racism in healthcare systems has become the cynosure of current discourse.

Sadly, there is no population of patients whose health and outcomes are more affected by racism than the sickle cell disease and thalassemia (SCD) community. SCD occupies the nexus point between racism and the healthcare system; at which Black lives are discounted, uncared for and ultimately forgotten.

People with SCD experience a level disenfranchisement synchronous to the systemic racism they encounter on a daily basis. Due to reporting from The New York Times, it has now come to light that medical examiners are increasingly scapegoating SCD for BAME deaths in police custody. The New York Times’ report shows that prejudice, stigma and lack of SCD education contributed directly to the deaths of 47 arrested Black Americans in the past 25 years.

In this time of great reflection and global awareness, all institutions need to address how racism impacts the core pillars of modern society. Healthcare, social welfare and justice systems need to actively remonstrate extant inequalities within their infrastructures. Healthcare providers and police in particular need to remonstrate their own implicit biases, listen to patients and to use technology to support the needs of the SCD community.

SCD and the Legacy of Racism in Healthcare

Healthcare has always been a mirror for the sociological and cultural terrain; particularly in terms of highlighting systemic racism and disparities. From research funding, patient care and life expectancy, the medical field exhibits disparities between which populations receive priority care and focus.

SCD affects roughly one in twelve African Americans, and roughly 15,000 people in the United Kingdom. Pain crises, caused by the rigidisation and ‘sickling’ of red blood cells, is a hallmark of the inherited sickle cell and thalassemia disorder. Without adequate treatment, SCD can affect vital organs, decrease quality of life and shorten life expectancy. According to the New England Medical Journal, the SCD genetic mutation originally emerged from the African continent, due to the ‘protective effect of the carrier state against malaria’. Although it is now a global disorder, the prevalence of SCD in America is a ‘direct result of the transatlantic slave trade’:

‘As a direct result of the transatlantic slave trade, nearly all patients with SCD [in America] are Black. This fact would be mere medical trivia if we did not live in such a highly racialised society’

The slave trade legacy and the constructed ‘racialisation’ of Western society impose grave consequences of patients with SCD. The stigma surrounding SCD, borne of residual nuances from the Colonial era, still remains today. Not only do SCD patients face the reality of enduring a serious health condition, they are also forced to navigate a society in which ‘the colour of their skin is often an unfair disadvantage’.

Despite being the highest growing inherited disease in both the UK and the US, the number of facilities and quality care afforded to SCD patients are severely lacking. A study published by The Lancet finds a concerning ‘pay gap’ for haematology and SCD specialists, in addition to the inequity regarding SCD trials and access to care:

‘Black and ethnic minority patients are less likely to be recruited into clinical trials in the haematology-oncology setting, which denies them access to potentially transformative treatments. It is more difficult for Black and other ethnic minority patients who require allogenic stem cell transplantations to find a matched donor from a registry; the same issue arises for blood transfusion for which there are fewer Black blood donors’

Although some advancement can be seen to support SCD research and care, there is still a dearth of treatment options for patients. As a result, many adult patients who present to A&E in the event of a health crisis find that on-duty medical professionals do not have the skills or experience for treating sickle cell symptoms. As Elliot Vichinsky in a Center for Health Journalism article states, this is often ‘considered the legacy of slavery and racism’: the consequence of which is neglect in modern healthcare today.

Unfortunately, this ‘neglect’ in SCD education extends to police activity across the world.

According to a ground-breaking exposé from The New York Times, the exploitation of SCD communities is now part of a larger pattern of institutionalised racism. The report revealed wrongful post-mortem practices within the police force – specifically, the routine obscuring of wrongful Black American deaths in custody. Medical examiners were found to conflate the presence of SCD with police custody victims’ cause of death.

The death of a 32-year old Black American man, Lamon Perry, underscores this misconduct and deceit. The acting pathologist ‘belied certain facts’ about Mr. Perry’s death, and ruled that his death was due to ‘natural causes’. In reality, Mr. Perry’s death was incited by more sinister circumstances:

‘Accused of violating probation in a misdemeanour assault case, Mr. Perry was chased by parole and local police officers through the dark into a stand of trees, where only they could witness what happened next. He had swelling of the brain, and a forensic investigator reported that he had an open fracture of his right leg. He was covered in dirt, and residents of a nearby housing complex told his family that when the officers emerged from the woods, their shoes and the bottoms of their pants were spattered in blood.’

Mr. Perry’s unlawful death is not unique in its instance. Up to 47 others with the SCD trait, including Gamel Brown, K.C. Singleton and many more, were similarly killed due to the police’s lack of understanding and sympathy towards their health condition. These cases demonstrate and sustain systemic racism within the police system by blaming the victim’s genetic and racial makeup. While BAME populations are more likely to possess the sickle cell trait, correlation between racial identity certainly does not imply causation. As Alondra Nelson in ‘The Long Durée of Black Lives Matter’ states:

‘You can’t put the blame on sickle cell trait when there is a knee on the neck or when there is a chokehold or the person is hogtied, You can’t say, “Well, he’s fragile.” – No, that becomes a homicide.’

Addressing the Core Issue with Technology

The rise of extrajudicial deaths of this nature, as well as systemic ‘healthcare neglect’, indicate that discourse has not yet addressed the need to educate public systems about SCD. In more cynical terms, the current social and medical Zeitgeist reflects a pattern of bias, or perhaps conflict of interest with regards to uplifting the SCD patients. Institutions around the world have a duty to protect minority and vulnerable groups, like the SCD community. To do so, they need to engage with the SCD patient voice and experience, using whatever tools are available.

Thankfully, healthcare organisations have access to technologies that allow them to understand the real-time experiences of SCD patients. The rise of wearable technology, predictive analytics and real world evidence can now aid both researchers and health teams to design appropriate and personalised treatments for SCD patients.

By engaging with data and a granular level and in real-time, health providers can empower the SCD community through autonomy and control over their condition. Furthermore, health systems can work with the police force in evaluating their access to resources, in order to support each SCD patient’s needs. In partnership with data-driven technologies, health systems, police and patients can appropriately act on baseline conditions in all settings: be that during treatment or in their daily lives.

Foremostly, gaining a more intimate understanding of SCD health data will protect BAME communities from the unlawful and extrajudicial murders. In the event that an SCD patient experiences a pain crisis while in custody, innovative technologies can be used by health practitioners to administer the appropriate emergency care. In doing so, the scapegoating of racialised conditions like SCD will cease to occur.

About Eleven
Eleven wants to ensure better quality patient care and experience, through both the advancement of standards and speed of intervention. Through predictive technology integration and monitoring of the relevant vitals the goal is to provide the knowledge needed to shape the resulting treatment pathways and boost each patient’s understanding of their sickle cell and thalassemia, without the need to manually input data themselves.