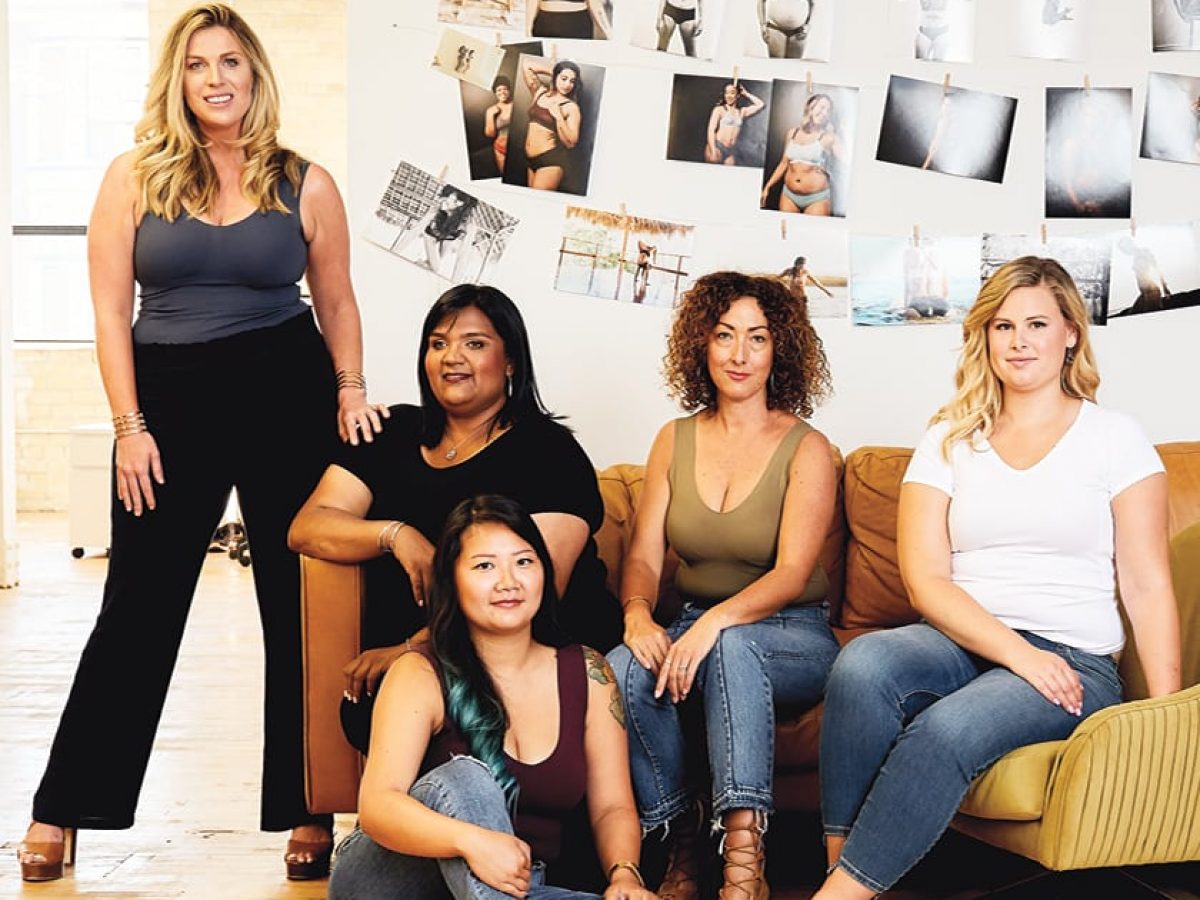 Surpassing $53 million in funding whilst heavily pregnant: all in a day’s work for Knix CEO Joanna Griffiths

Founded in 2013, Knix Wear is the home of comfortable and attractive underwear – and no, those aren’t two different categories. They make wireless bras, period-proof underwear, loungewear and more, all designed with comfort in mind without sacrificing on looks. They recently raised $53 million in their latest funding round, all whilst CEO Joanna Griffiths was heavily pregnant.

This funding round was opened as Knix surpassed $100M in revenue in the last 12 months. The direct-to-consumer intimate apparel seller made spectacular sales during the pandemic as many women sought out new comfortable wardrobe options. During the funding round, Griffiths had one simple rule:

‘If someone spoke negatively about my pregnancy and my ability to run Knix while raising a family, they were removed from the process. … If they questioned my ability to parent and run a company, they clearly didn’t understand what Knix was about. … It was better to find out ahead of time than in the boardroom.’

At its core, Knix is about empowering women. So any potential investors who did not believe Griffiths could handle her pregnancy and her business at the same time clearly did not share the core values of the company. Shared values make for effective and transparent discussion in the boardroom and are vital to ensure the consistent direction of the company.

Women-focused VC funds and investment communities such as Alma Angels are working to support female founders and startups, helping women gain equal footing on the entrepreneurial ladder. Women currently represent a small percentage of the VC community but female VCs are making tremendous waves across Europe.

Pregnancy and work is a complicated thing to navigate for every expectant parent. Whether it’s understanding your right to maternity leave or making decisions about when to take time off, it’s rarely straightforward. If you’re self-employed or running your own company it becomes even more complicated again. Being a pregnant startup founder can feel like being a minority twice over.

Self-employed people – and startup founders especially – don’t necessarily have the same access to paid maternity leave and time off as company employees. Startup founders will have to decide between leaving their business unattended or attending to their own needs. This grows even trickier after giving birth when their time needs to be split between their company and their baby.

Historically, investors have ‘hesitated to bet on companies whose founder might soon be juggling a newborn’ but female founders are ‘increasingly talking about the children they’re birthing alongside the companies they’re growing, in the hopes of blowing up the conventional wisdom that says having a newborn and building a startup are mutually exclusive.’

Joanna Griffiths has been a spectacular example of this, showcasing that motherhood and startups are more compatible than people think. Griffiths completed Knix’s funding before giving birth to her twins and ‘closed the round on March 5th at 4:30 pm on [her] last day of work— three days before the girls were born.’ She was determined ‘to prove that pregnancy or motherhood doesn’t have to be viewed as some kind of setback’.

Surprising no one, Joanna Griffiths did not stay off work for long. A lightbulb moment only 5 days after giving birth to her twins led her to create the Life After Birth Project.

‘In partnership with Carriage House Birth, the Life After Birth Project is a travelling gallery that highlights women’s postpartum journeys, as well as the stories that honor their transformative birthing experiences.’

The project seeks to openly share the true experience of those early days of parenthood, including the beautiful moments and the rocky ones. The aim is to share the realities of postpartum journeys to unite new mothers at a time where in-person community is so hard to come by. Demystifying the postpartum experience is extremely important as this time is often not talked about nearly as much as pregnancy but is just as important.

‘A survey of Knix customers revealed that 90% of postpartum women say they’ve received comments about their bodies after they gave birth and 76% felt pressure to “bounce back”, and 56% experienced postpartum depression.’

The Life After Birth Project aims to free women from the idea that they need to ‘bounce back’ from pregnancy and encourages them to embrace their post-baby bodies for what they have just been through and achieved. Griffiths seeks to give women space away from the bombardment of messaging about diets and workouts whilst they are still dealing with the early challenges of motherhood. The first gallery appearance of the Life After Birth Project in NYC coincided with the release of Knix’s new maternity and nursing collection.

Sharing her journey and experience will have a positive impact on many women working in startups or founding their own businesses – Griffiths may not have deliberately set out to become a role model, but she has certainly become one.

With their heartfelt blogs and candid social media posts, Knix is opening up the conversation about pregnancy, periods, and everything in between. Following the successes the company has seen over the last year, Knix has solidified itself as a major name in the intimate clothing market.